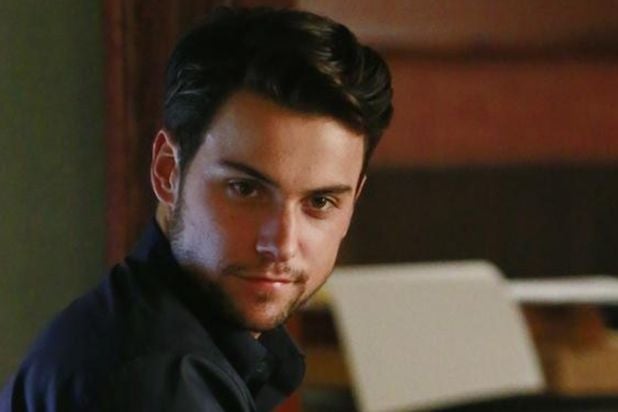 Jack Falahee, who plays Connor Walsh on Shonda Rhimes‘s ABC powerhouse, “How to Get Away with Murder,” hopped on Twitter for a quick Q&A with fans right before his show’s big mid-season premiere Thursday night, and it seemed nothing was off the table.

Also Read: Viola Davis Teases ‘How To Get Away with Murder’ Return: ‘It Will Be Nothing You’d Ever Expect’

As it it turns out, along with some legendary sex moves (that are so good they can make your eyes water), Falahee also has one wicked sense of humor.

Answering a wide range of questions, the 25-year-old breakout star, revealed that he believes in mermaids “100 percent,” he’s dressed up in drag at least once in his life, and his favorite season is autumn.

1. He’s a Ladies Man
He may play an oversexed gay man on TV, but Jack Falahee definitely knows how to flirt with the ladies in less than 140 characters. When asked by a female fan: “do you like animation movies? dont leave me here alone pls,” the suave star didn’t leave her hanging, simply answering, “Toy Story is one of my faves.”

2. He Has Style
His favorite thing to wear? A leather jacket.

3. He’s a Reader
Not only is he famous, (probably) rich, and easy on the eyes, turns out Falahee likes to read. Real books. Right now he’s in the middle of “The Feminine Mystique.”

No word yet on why.

No word yet on where.

5. He’s a Marvel Man
He prefers Spiderman over Batman.

6. He’s Greased Lightning
One fan tweeted a picture of Nick Jonas, Darren Criss and Jonathan Groff, asking Falahee, “who should play Danny [Zuko] in GREASE: LIVE?” Falahee shot back, “where am I?”

Also Read: ‘How to Get Away With Murder’ Casts Cicely Tyson in Mystery Role

7. He Streams Music
When asked whether he was an “albums or an iTunes kind of guy?” Falahee said neither. Instead, describing himself as “more of a spotify guy.”

8. He’s Tried to Catch Them All
His favorite Pokémon is Squirtle.

9. He’s Tuning In to the Big Game
This one may disappoint his New England fans, but this Sunday he’ll be rooting for the Seahawks.

10. He’s Been to Westeros
He’s definitely a fan of “Game of Thrones.” When asked who he would like to see on the show’s infamous Iron Throne, Falahee said “Daenerys” [Targaryen] (Emilia Clarke).

11. He’s Worn a Dress
And if his gay fans weren’t already head over heels for this guy, this one may have them crushing hard. When asked whether he would ever consider “doing drag,” the actor said unapologetically, “I’ve gone drag before,” and then included emojis of a girl, stilettos, and nails being painted.

You can watch Shonda Rhimes’s most outrageous moments of 2014 here.

“How to Get Away With Murder” airs Thursday nights at 10 p.m. on ABC.

Watch TheWrap’s “Drinking With the Stars” interview with Falahee and co-star Alfred Enoch: