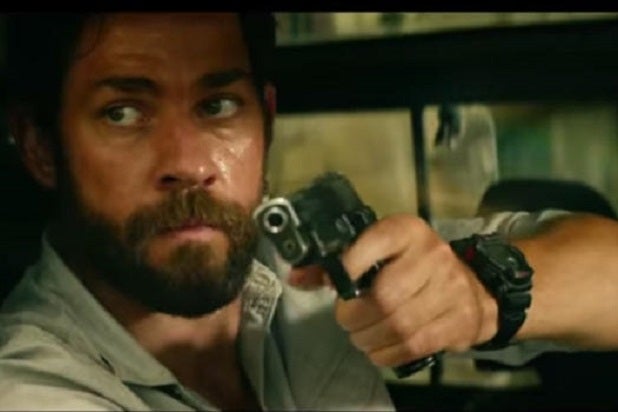 Dane E. Gallion, whose gun went off during a screening of Michael Bay‘s Benghazi film “13 Hours,” said he brought the weapon out of a fear of mass theater shootings, police said.

“He told some people he’d taken the gun out because he was concerned about the possibility of mass shootings there,” said Det. Robert Onishi of the Renton Police in Washington State, according to Seattle’s KOMO-TV.

Investigators believe the 29-year-old Gallion may have been intoxicated, leading him to fumble with the firearm and accidentally shoot 40-year-old Michelle Mallari through the back of her chair. Gallion had told cops he had taken a Xanax for anxiety in the morning, and drank a 22-ounce beer before the movie, according to police reports.

“Preliminary accounts indicate that an intoxicated suspect entered one of the theaters and was fumbling with a handgun he had in his possession when it went off, striking another patron seated in front of him,” police said in a statement.

“From having talked to him, it seems he didn’t have any intent to shoot anybody,” Onishi said.

He was booked into the King County jail on Thursday night and faces a third-degree assault charge. He has one prior conviction for driving under the influence, nearly five years ago.

Mallari has improved enough to get out of the ICU. She’s been upgraded to stable condition.

Gallion’s father called 911 after the incident, saying his son “was distraught” and had told him he “dropped his gun at a Renton Landing theater and it had discharged.”