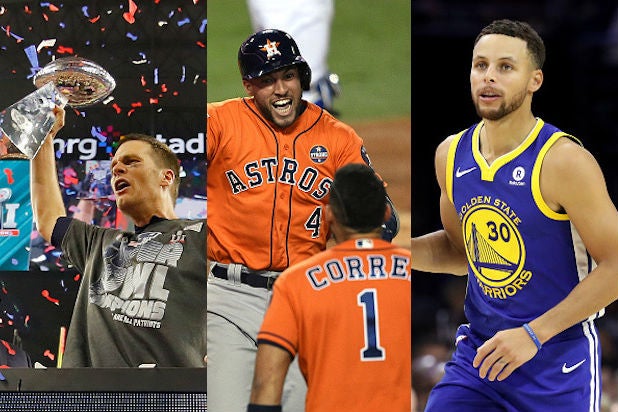 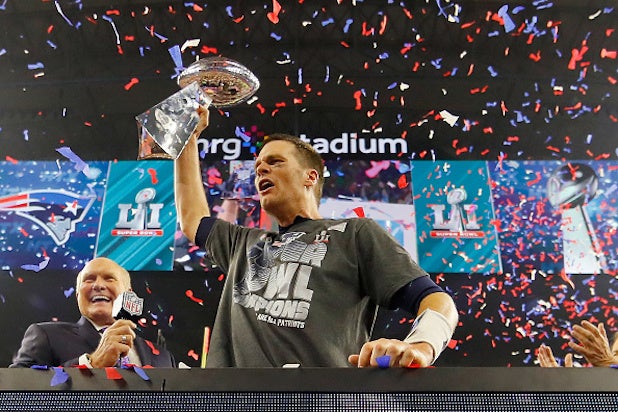 Getty Images
New England Patriots Super Bowl LI comeback Down 28-3 against the Atlanta Falcons, coach Bill Belichick and quarterback Tom Brady engineered the greatest comeback in the history of the Super Bowl to win 34-28 in overtime. It didn't take long for Barstool Sports to make a "comeback" tee-shirt to celebrate the achievement. 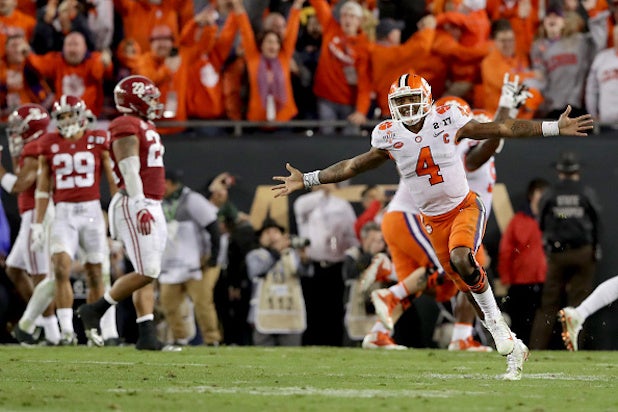 Getty Images
College Football National Championship do-over After losing to Alabama the year before, the Clemson Tigers met the Crimson Tide in a rematch for the national championship rematch on Jan. 9. Led by quarterback Deshaun Watson, the Tigers erased a 14 point deficit to secure the lead (and the win) with one second left on the clock. 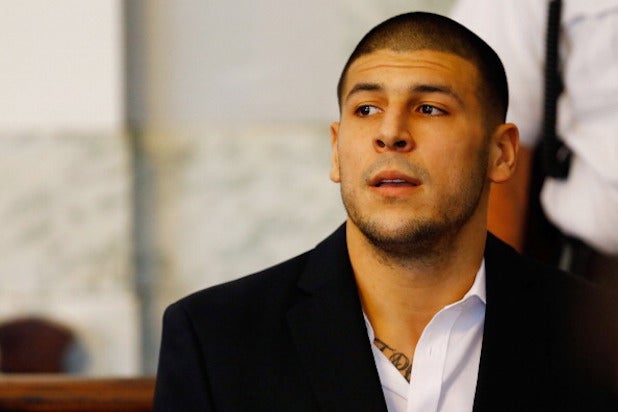 Getty Images
On April 19, only days after being acquitted of a double homicide charge (but still serving a life sentence for the murder of Odin Lloyd), former New England Patriots tight end Aaron Hernandez was found dead in his prison cell of an apparent suicide.  Doctors later discovered that Hernandez was suffering from stage 3 CTE, the most severe case of the brain disease ever discovered in a person his age. 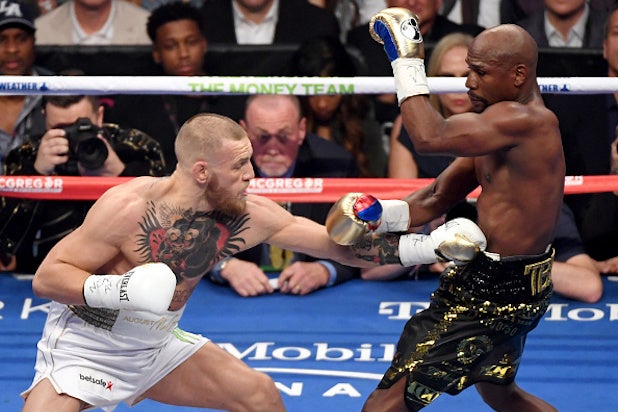 Getty Images
Fight of the century? After about 18 months of "will they, won't they?" undefeated boxer Floyd Mayweather Jr. and UFC superstar Conor McGregor met on August 26, 2017 for one of the most highly-anticipated fights in history.  Mayweather won the match after McGregor tired out, but both men earned untold millions of dollars for one night of their lives.  Did anybody lose? 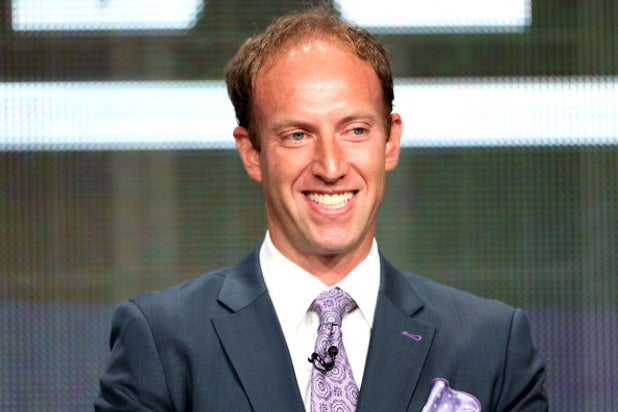 Getty Images
Jamie Horowitz's abrupt Fox Sports exitJust months after he signed off on multiple layoffs from Fox Sports and eliminated much of its online editorial content, Jamie Horowitz exited as president amid claims of sexual misconduct and harassment. 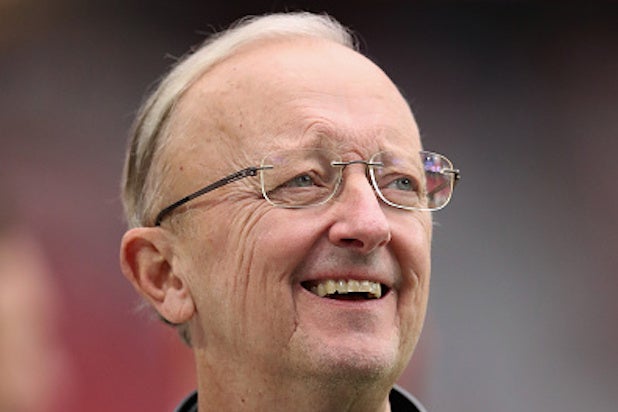 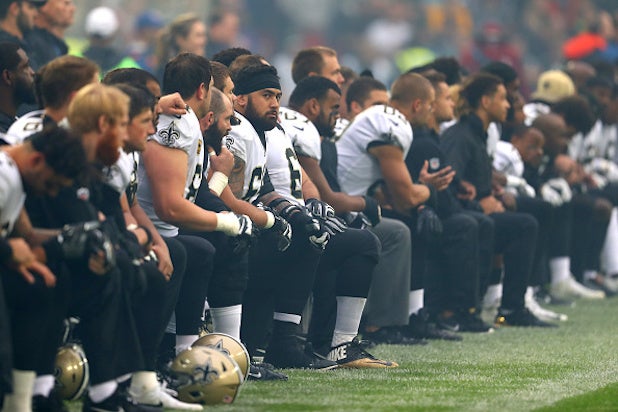 Getty Images
NFL players take a knee Former 49ers QB Colin Kaepernick started a movement in 2016 when he decided to kneel on the sideline during the national anthem. While a few players followed his lead at the beginning of the 2017 season, President Trump added fuel to the movement caught fire when he called for any players who protested the anthem to be fired. as many more players protested against the president's by kneeling locking arms, or even refusing to come out of the locker room during the anthem.  The movement has since spread to pro baseball, the WNBA, and Major League Soccer. 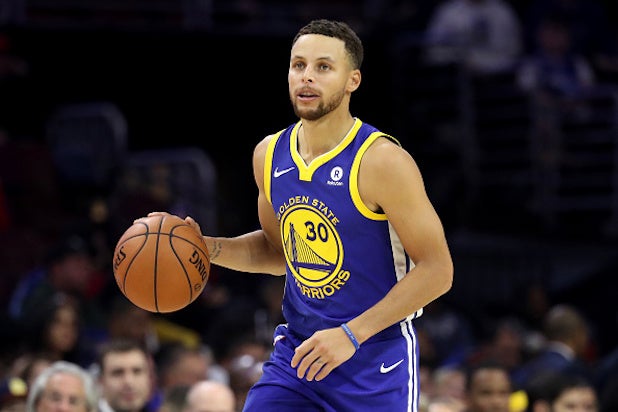 Getty Images
White House ban On Sept. 22, two-time NBA MVP Stephen Curry tweeted that he did not want to visit the White House after winning the championship with the Golden State Warriors. Trump quickly fired back, tweeting that Curry was no longer welcome.  The entire team decided to stick with Curry and announced they would not go for the traditional visit while LeBron James, who lost to Curry and the Warriors in the Finals, called President Trump a "bum," adding that "going to the White House was a great honor until you showed up!" 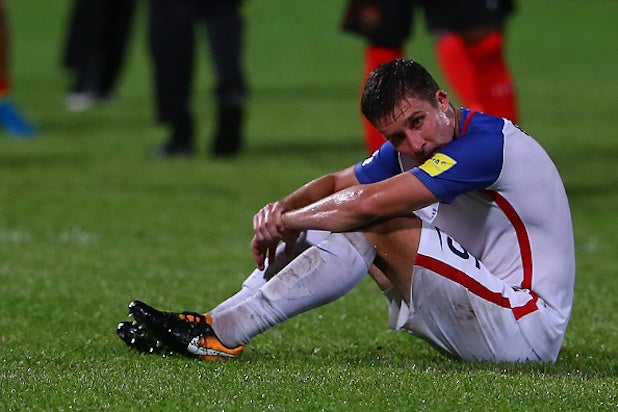 Getty Images
USA out of the World Cup With a 2-1 loss to Trinidad and Tobago on Oct. 10, the United States Men's National Soccer Team stunned American soccer fans by failing to qualify for the 2018 FIFA World Cup for the first time since 1986. After less than a year on the job, Hall of Famer Bruce Arena resigned as the team's manager following the humiliation. 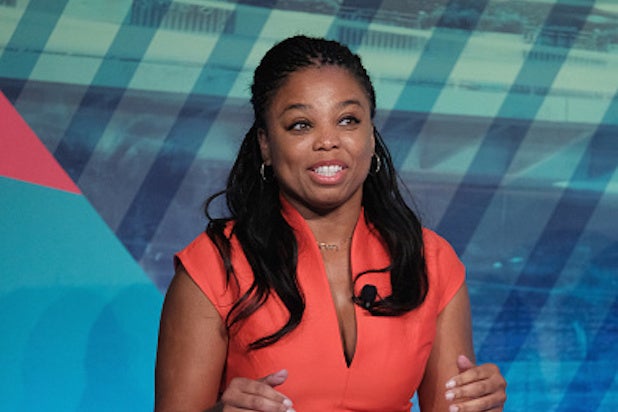 Getty Images
Jemele Hill v. Donald Trump On Sept. 11, "SportsCenter" co-host Jamele Hill called President Trump a "white supremacist" during a series of critical tweets, prompting a backlash from the White House and the president's supporters. Despite calls for her firing, ESPN stood by Hill and clarified that her views did not reflect ESPN's position. The company later suspended Hill for two weeks after she suggested fans should boycott Dallas Cowboys advertisers after Jerry Jones threatened to bench players who knelt during the national anthem. 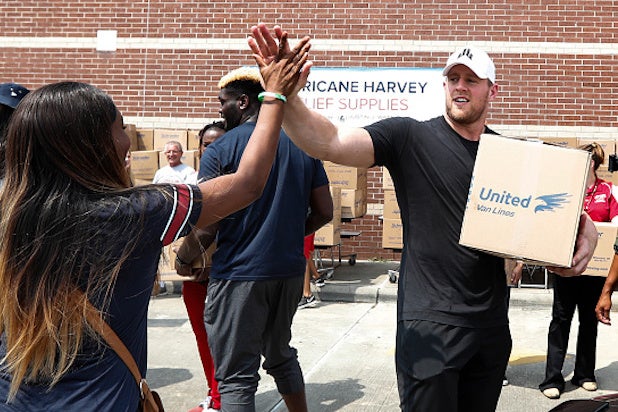 Getty Images
Hurricane Harvey hero In the aftermath of Hurricane Harvey, Houston Texans star J.J. Watt started a drive to raise money for those who were affected by the devastation. With an initial goal of $200,000 (half of which Watt donated himself), the movement became a phenomenon that resulted in over $37 million being raised. His actions would later lead to him being named the 2017 Sports Illustrated Sportsman of the Year, which he shared with Houston Astros second baseman Jose Altuve. 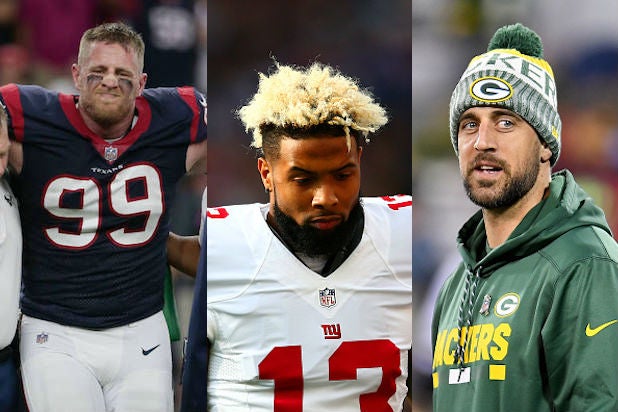 Getty Images
Injured Reserve 2017 could easily go down as The Year of the Sports Injury. Arguably the worst rash of injuries in NFL history has seen an unusually large number of superstars such as Watt, Odell Beckham Jr. and Richard Sherman knocked out of the season too soon. 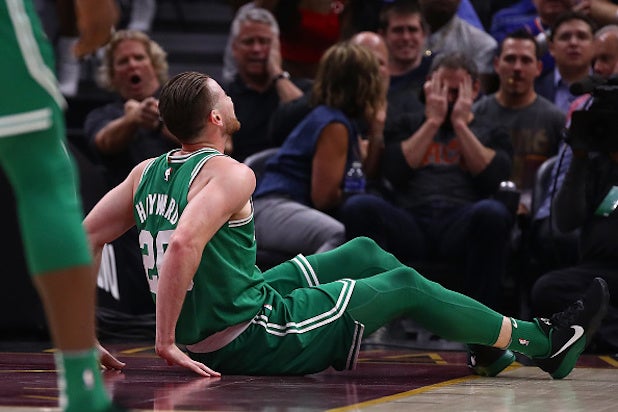 Getty Images
Graphic NBA fall The NFL wasn't the only organization to suffer from injuries. Six minutes into his debut as a Boston Celtic, Gordon Hayward fractured his leg and dislocated his ankle after landing awkwardly during a national broadcast. The gruesome image horrified many, and Hayward was later confirmed to be out for the remainder of the season. 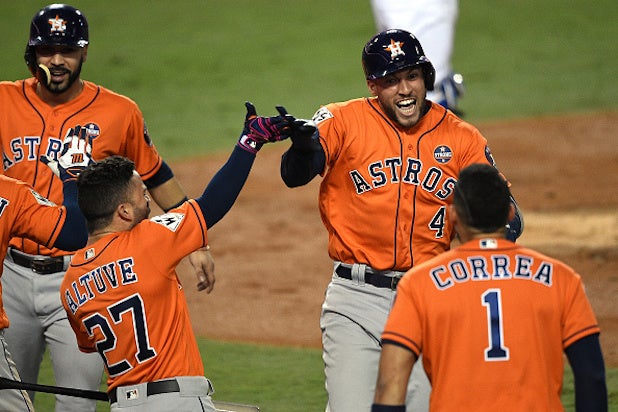 Getty Images
World Series stunner One of the craziest World Series ever played, the 2017 Fall Classic was perfectly encapsulated by Game 5 between the L.A. Dodgers and the Houston Astros. No team (or fan) felt safe while ahead, nor out of hope while behind. In the end, the Astros won the game, and eventually clinched the Series for the first time in the franchise's 56-year history.
x
Looks like you're enjoying reading