While comedians often push boundaries to get a laugh, they can walk a very fine line between what is funny and what is offensive.

Over the years, many comedians have found themselves in trouble for jokes they have told, either with the public, the law, or both.

Even luminaries like George Carlin, Stephen Colbert and Joan Rivers have felt the sting of public backlash that can come with telling jokes onstage.

TheWrap looks back on 15 comedians who may have had a little too much punch in their punchlines.

In May 2015, Louis C.K. hosted “Saturday Night Live” and used his opening monologue to joke about child molestation, saying a pedophile lived in his neighborhood growing up. “He didn’t like me — I felt a little bad,” C.K. said. “From their point of view, it must be amazing, for them to risk so much,” he continued. People on social media condemned the jokes, saying he crossed the line.

Amy Schumer
The “Trainwreck” star was forced to issue an apology in April 2015 after someone unearthed a tweet she wrote in 2010 about dating Hispanic men. Schumer wrote, “I used to date Hispanic guys, but now I prefer consensual.” She said that she has grown as a performer since then said she never intended to hurt anyone with the joke.

Jeff Ross
The “Roastmaster General” got in some hot water in March 2015 at the Comedy Central Roast of Justin Bieber. Referencing a song by dais member Ludacris, Ross said, “‘Move, bitch, get out of the way!’ is what Paul Walker should’ve told that tree.” Ludacris and Walker costarred together in the “Fast & Furious” franchise. The joke was cut from the broadcast version of the roast. 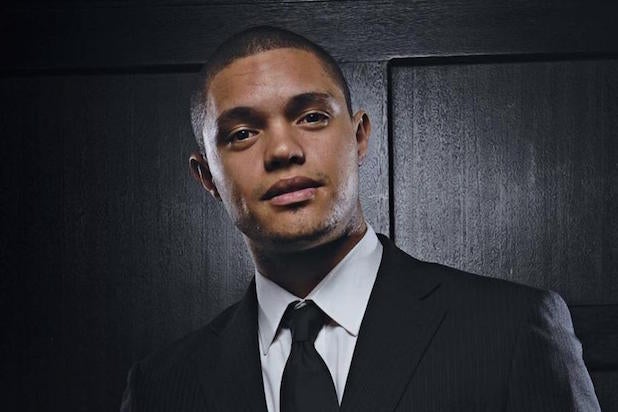 Trevor Noah
Shortly after being named the new host of “The Daily Show” in March 2015, Trevor Noah came under fire for jokes he had tweeted going all the way back to 2010. Noah said things like “A hot white woman with ass is like a unicorn. Even if you do see one you’ll probably never get to ride it.” Comedy Central and Jon Stewart stuck by Noah, and he is still set to take over on September 28.

Stephen Colbert
America’s favorite egomaniac Stephen Colbert was accused of racism in March 2014 after a staffer tweeted a segment from “The Colbert Report” official Twitter account about the Ching-Chong Ding-Dong Foundation for Sensitivity to Orientals. Asian groups began tweeting #CancelColbert as a result. Colbert clarified that the show account and his personal account were completely separate, but he still managed to turn the controversy into humor, leading the charge on the #CancelColbert movement.

Chelsea Handler
The former E! talk show host was accused of  racism in March 2014 after she tweeted about Kenyan-born Lupita Nyong’o winning the Academy Award for Best Supporting Actress. Handler wrote, “Congratulations #lupita To pre order #ugandabekiddingme go to http://amzn.to/1pS4qpG #Oscars.” The hashtag and link were for Handler’s book about her travels to Africa, but Twitter users found it offensive that she tried connecting them to Nyong’o because she is African.

Joan Rivers
Books could no doubt be written about the offensive jokes made by the late Joan Rivers. She tackled body image, abortion and child molestation with a razor wit. She attracted the attention of the Anti-Defamation league in 2013, however, when she commented on German model Heidi Klum’s Oscar dress. “The last time a German looked this hot was when they were pushing Jews into the ovens,” Rivers said.

Dane Cook
Dane Cook used a set at Los Angeles’ Laugh Factory in July 2012 to joke about the massacre at a Colorado movie theater during a screening of “The Dark Knight Rises.” Cook said, “If none of that would have happened, I’m pretty sure that somebody in that theater, about 25 minutes in, realizing [the movie] was a piece of crap, was probably like, ‘Ugh, fucking shoot me.'” He apologized after he was excoriated on social media.

Daniel Tosh
In yet another Laugh Factory gaffe in July 2012, Daniel Tosh found himself the subject of intense public pressure after joking about a gang rape. Tosh made a rape joke during his set, and a woman in the crowd shouted that rape is not funny. Tosh replied, “Wouldn’t it be funny if that girl got raped by, like, five guys right now? Like right now?” Tosh was forced to issue an apology after a clip of the joke went viral.

Gilbert Gottfried
Gilbert Gottfried was fired as the voice of the Aflac Insurance mascot after he made several jokes days after the devastating Japanese tsunami in March 2011. “Japan is really advanced. They don’t go to the beach. The beach goes to them,” Gottfried wrote. He later issued an apology for his “attempt at humor.”

Michael Richards
Michael Richards, best known for playing Cosmo Kramer on “Seinfeld,” found himself persona non grata after video surfaced of him hurling racial epithets at audience members during a standup set at the Laugh Factory in November 2006. Richards apologized on “The Late Show” via satellite during an interview with his former costar Jerry Seinfeld. Richards announced his retirement from standup in 2007.

Carlos Mencia
Carlos Mencia has always used controversial material, but the jokes that got him in trouble had nothing to do with the content. In 2005, Mencia was accused of stealing jokes from fellow comedians. Joe Rogan led the charge, writing a post on his personal website in which he accused Mencia of plagiarizing the jokes of George Lopez, Ari Shaffir, and Bobby Lee, among others. Mencia admitted in 2011 that the accusations led him to him enter therapy.

Norm MacDonald
Norm MacDonald is remembered as one of the stronger “Weekend Update” hosts on “Saturday Night Live.” However, not everyone was a fan of the Canadian comedian’s humor. NBC executive Dan Ohlmeyer reportedly pushed producers to remove MacDonald from the show. Many have theorized this was due to MacDonald’s jokes like this one about Ohlmeyer’s good friend O.J. Simpson: “This week, after a Los Angeles restaurant refused to seat him, O. J. Simpson demanded and got $500 in compensation. In addition, the restaurant must now offer separate ‘murderer’ and ‘non-murderer’ sections.” Whatever the reason, MacDonald was fired from “SNL” in 1997.

George Carlin
While comics today face the court of public opinion for the comedy, George Carlin faced the real courts. The highly influential comedian was arrested in 1972 in Milwaukee for performing his “Seven Dirty Words You Can Never Say on Television” routine. The case was eventually thrown out, but a man sued a radio station that played a similar Carlin routine, which went all the way to the Supreme Court in 1978. In a 5-4 ruling, the court ruled that the FCC had the right to censor such material during hours in which children might be listening.

Lenny Bruce
The original bad boy of comedy, Lenny Bruce was one of the most controversial comics of his time. Bruce was arrested and convicted on obscenity charges multiple times throughout the 1960s for talking about sex and using words like “cocksucker” during his act. His legal troubles eventually led to him being blacklisted by almost every club in the country. New York governor George Pataki granted Bruce a posthumous pardon in 2003.

Comedians Dump Campus Gigs: When Did Colleges Lose Their Sense of Humor?