When “The Fast and the Furious” came out in 2001, it was meant to be a high-octane summer popcorn flick.

To the surprise of almost everyone, the Universal movie went on be a huge hit, grossing $207.3 million worldwide. But even then, no one predicted that it would explode into the multi-billion dollar franchise that it is today — and became Universal’s biggest franchise of all time.

TheWrap has gathered 15 fast facts about the original “Fast” film to celebrate its birthday.

1. Paul Walker had a crush on Jordana Brewster
While it’s not known to what extent the young cast members were hooking up behind the scenes, director Rob Cohen confirmed all of the lead players were romantically involved — in real life — with their respective onscreen love interests. “Vin started to get the hots for Michelle … or vice versa,” he said in a 2015 interview. “Paul was definitely into Jordana.”

2. Second love story devised on-the-fly
The Letty Ortiz (Michelle Rodriguez) character wasn’t written as a leading role, but once Rodriguez joined the cast to play her, Cohen carved out more screen time for the breakout actress. He did this by developing a love story between Letty and Dom (Diesel).

3. Two leads weren’t even licensed to drive
Both Brewster and Rodriguez didn’t have their driver’s licenses before making the film. 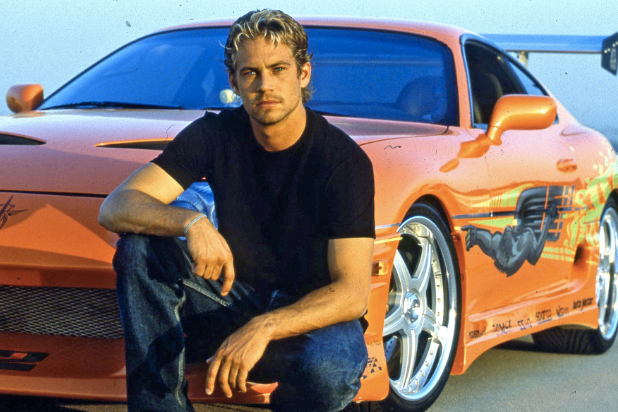 4. The actors went to racing school in Las Vegas
Walker, Rodriguez, Diesel and Brewster all drove Formula One cars in preparation for their street racing scenes. “We could see right away Paul was going to be an ace driver,” Cohen said. “It was clear he had a natural talent. He had no fear. You could see he was falling in love with the whole car business.”

5. Vin Diesel broke a stuntman’s nose
A fistfight portrayed during the “Race Wars” scene got a little too real when Vin accidentally broke the nose of the stuntman playing a security guard with a backwards elbow blow.

6. The real location of Toretto’s house is …
Dominic Toretto’s (Diesel) Southern California home is the epicenter of the film’s romance, partying and group bonding. In the movie, the address “1327” appears, but the house is really located at 724 East Kensington Road in Los Angeles’ Echo Park neighborhood — blocks away from Dodger Stadium. “Fast and Furious” superfans regularly take pilgrimages to the home, which remains intact. The house has also been featured in subsequent “Fast” films.

7. The house is white for a reason
Cohen had the owners paint the house white to show off the vibrant colors of the movie’s customized cars.

8. The movie came very close to an R-rating
Imagine how much less the original “Fast” would have made at the box office if it missed landing its inclusive PG-13 rating? Cohen was (rightly) nervous it would get an R-rating because there was violence, illegal car activity, and two girls kissing in one of the film’s party scenes. “I later I found out the MPAA thought it was one girl and one boy with long hair,” the director said in a past interview. 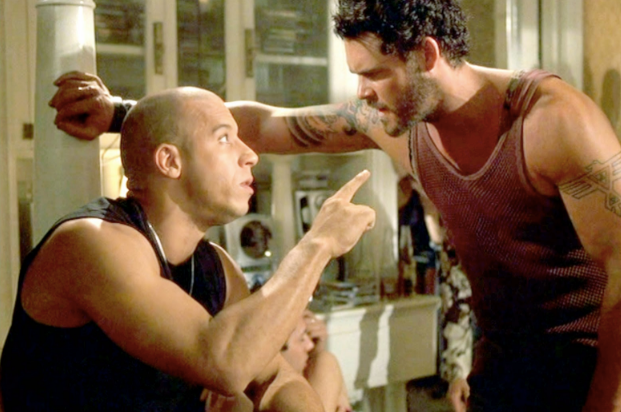 9. Cuts were also made in order to get the coveted PG-13 rating
Matt Schulze, who played Vince (part of Dom’s crew in the original), appeared so bloodied in one scene, Cohen had to cut the graphic parts to appease the MPAA. He also pared down a sequence that involved Johnny Tran (Rick Yune) pouring oil into a mechanic’s mouth.

10. The film was inspired by an article
The movie was fashioned after a 1998 article published in Vibe magazine about New York City street racers.

11. There was another film called “The Fast and the Furious”
The 1955 film of the same name starring John Ireland Dorothy Malone was a B-movie crime drama about a wrongfully imprisoned man who breaks out of jail. Universal had to make a deal with Roger Corman — who owned the rights to the name — to get the title.

12. A Ja Rule groupie made it in
According to DVD extras, a groupie “who was in Ja’s trailer,” makes a brief appearance in the film as a woman his character, Edwin, fondled ahead of a drag race.

Also Read: 'Fast and the Furious' to Get Re-Release for 15th Anniversary

13. The film steals from classics
“Stagecoach,” “Donnie Brasco,” “West Side Story” and “Point Break” all inspired various parts of the film.

14. The train wasn’t even close
Remember the scene when Dominic and Brian O’Connor (Walker) barely avoid hitting a moving train as they race? Well, the actors were never in any real danger as the cars were filmed separately from the oncoming locomotive. The two pieces of separate footage were combined during post production.