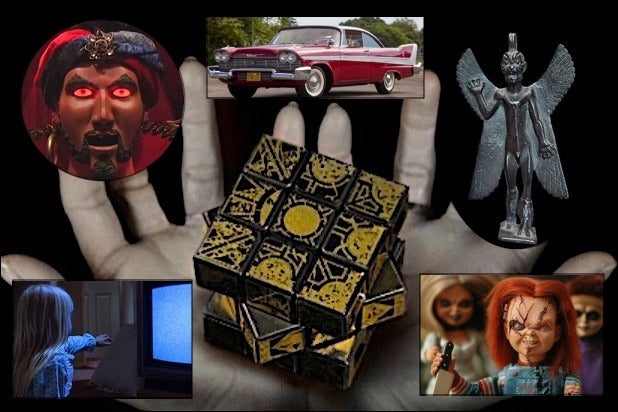 Restless spirits can be sneaky little devils, sometimes literally, and find the most unlikely of places to hide out and show themselves when least expected. Nowhere is safe, not in bed, at a museum or even a seaside arcade. Here are a few examples of inanimate objects that became the host for the undead. 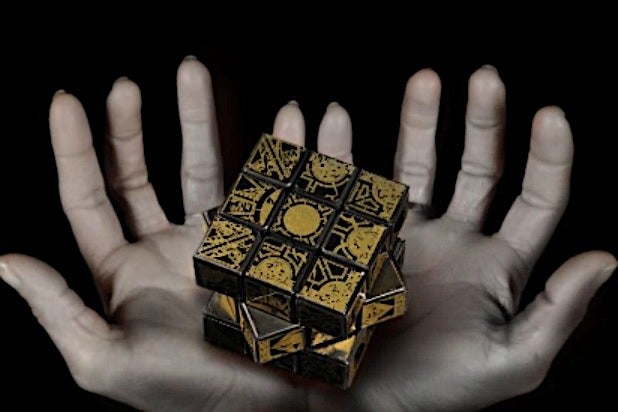 Film Futures
Hellraiser (1987) Configuration puzzle box  •  After Frank Cotton solves an antique puzzle box, chains fly out of it and slash his flesh. Demons from another dimension contained in the puzzle are set free, and go in search of carnal experiences. 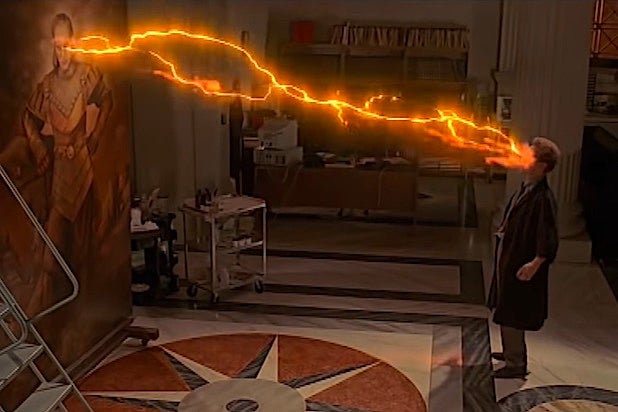 Columbia Pictures
Ghostbusters II (1989) A painting  •  A portrait of the sadistic 16th-century tyrant and sorcerer, Vigo the Carpathian, that hangs in the Manhattan Museum of Art comes to life and takes possession of an art restoration expert. 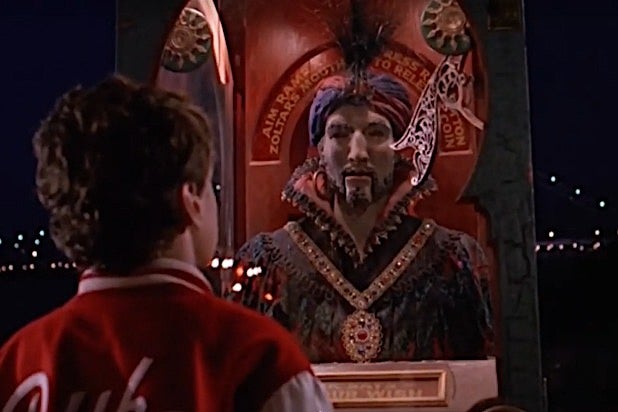 20th Century Fox
Big (1988) Zoltar  •  "Your wish is granted." That was the simple message 12-year-old Josh received after guiding a coin into the mouth of Zoltar, the red-eyed mechanical fortune teller in an arcade at Cliffside Park, New Jersey. Josh's wish? To be "big." And because the pubescent boy "grew up" to be Tom Hanks, the world can say collectively, "Thank you, Zoltar!" 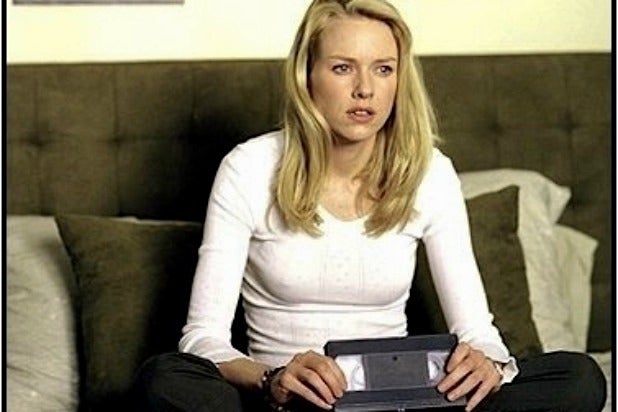 DreamWorks
The Ring (2002, 2005, 2017) VHS tape  •  The idea behind the horror film franchise is simple – watch the cursed videotape, and you die seven days later. Haunted by a mentally unstable girl who has the power to burn images onto surfaces (and into people's minds), the tape drives those who watch it to suffer supernatural symptoms and then meet a premature death. 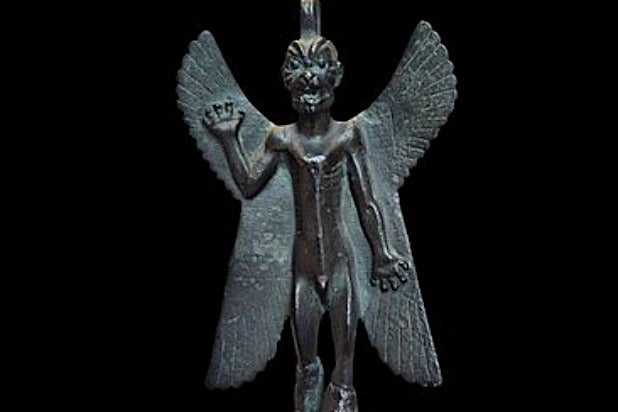 Warner Bros. Pictures
The Exorcist (1973) Pazuzu amulet  •  There's big Pazuzu (a statue) and little Pazuzu (an amulet) and both are enormous trouble for 11-year-old Regan. In an ancient Mesopotamian religion, Pazuzu was the king of the demons of the wind that could bring on both storms and drought. And, oh yeah, possess mortals. 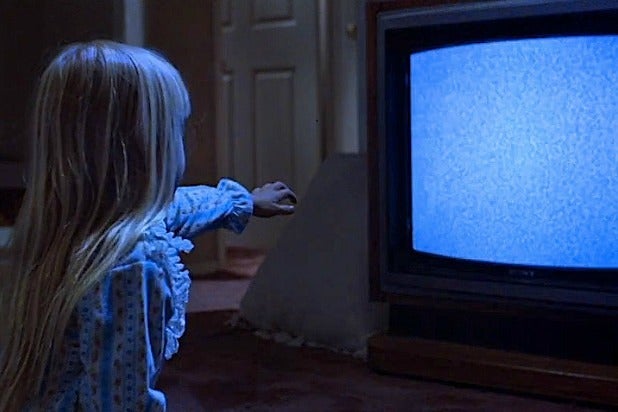 MGM/UA
Poltergeist (1982, 1986, 1988, 2015) A television  •  "They're here." That image of little blue-eyed blonde Carol Anne stretching her hand towards the static screen on the family television is a classic. Those spiteful spirits found a portal into the Freeling home through an empty channel on the boob tube, causing all hell to break loose. Literally.

New Line Cinema
Evil Dead (1981) The Necronomicon  •  Bound in human flesh with words written in blood, the Necronomicon carries the secrets of undead spirits that possess and feast on souls of the living. And therein lies a good reason to invest in a Kindle. 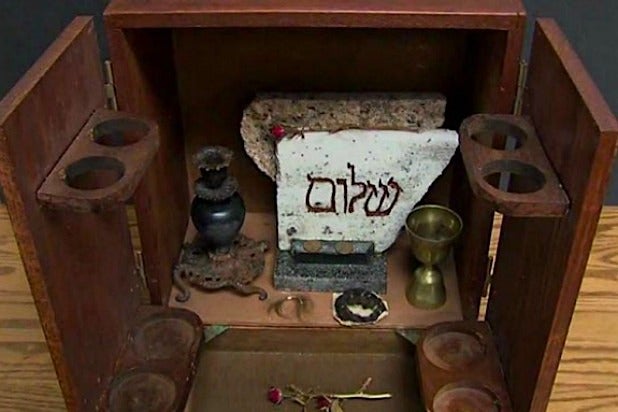 Lionsgate
The Possession (2012) Dybbuk Box  •  Unlike many fictional haunted objects in horror movies, the infamous dybbuk box really exists. Jewish folklore says the wine box – which originally belonged to a Holocaust survivor in Poland -- contains an evil spirit that has the power to possess humans. 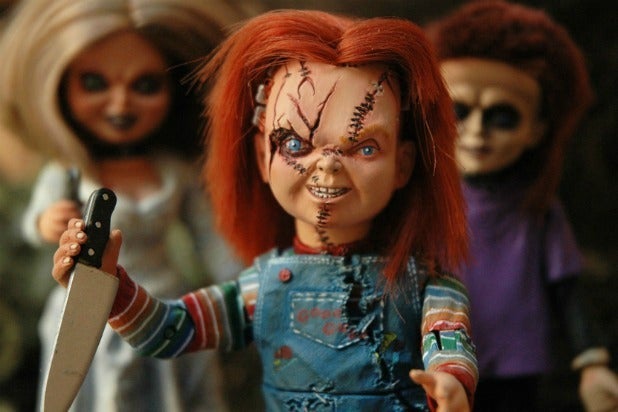 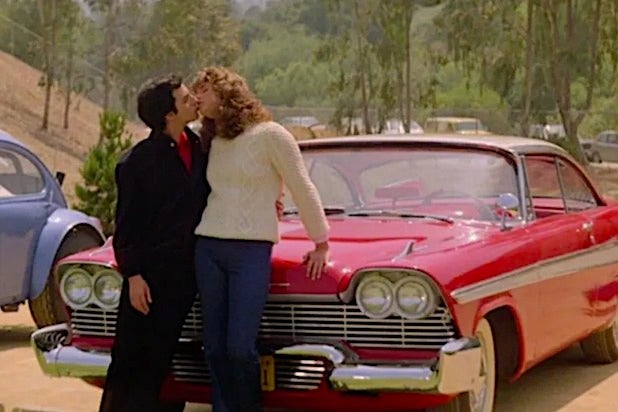 Columbia Pictures
Christine (1983) A car  •  Stephen King turns a 1958 Plymouth Fury (Christine) into a death mobile, possessed by an unknown evil that kills anyone who crosses its arrogant runt owner. 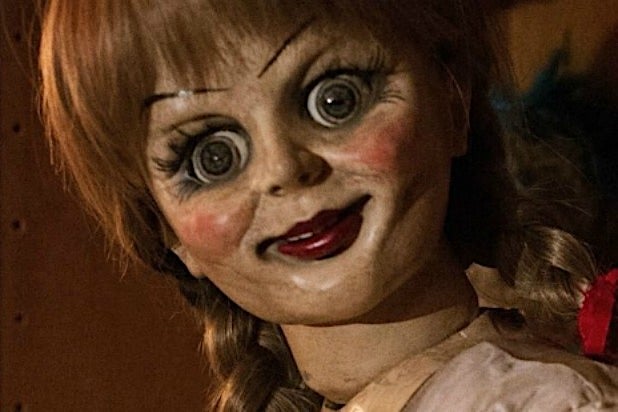 Warner Bros. Pictures
Annabelle and Annabelle: Creation (2014, 2017) A doll  •  Shortly after the death of a girl named Annabelle, a demon finds a "host" in the girl's vintage porcelain doll… and goes soul searching. 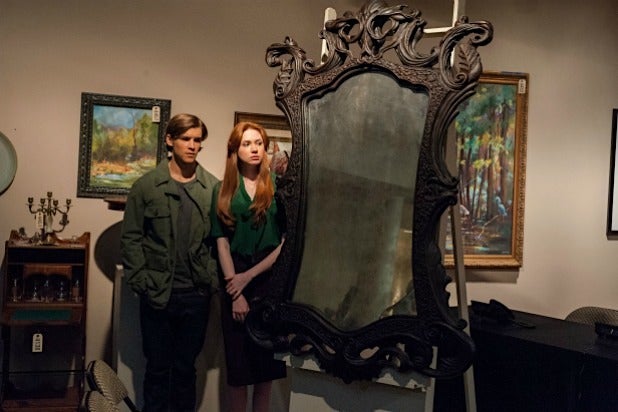 Relativity
Oculus (2013) A mirror  •  An antique mirror that supernaturally induces hallucinations causes a young woman to be haunted by visions of her body decaying and a man to be seduced by a ghost who has mirrors for eyes. 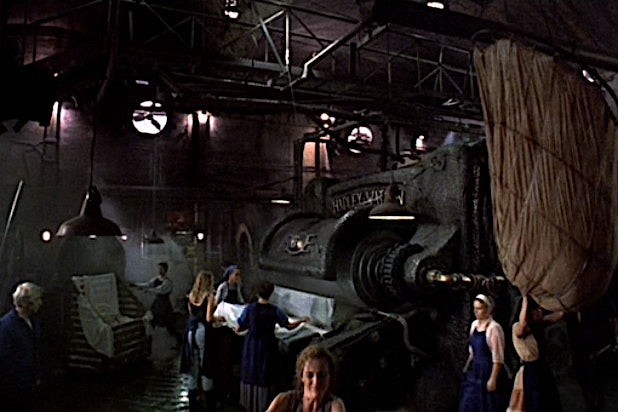 New Line
The Mangler (1995) A laundry press  •  From a car protective of its owner to a giant industrial laundry press turned mass murderer, Stephen King's twisted creative mind was at in again with "The Mangler." Set in homicidal motion after blood splashes on its threads, its victims end up crushed, pressed and folded like a 400 thread count sheet. 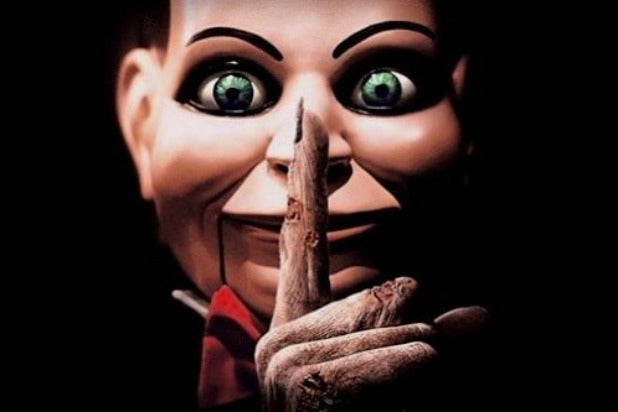 Lionsgate
Dead Silence (2007) Dolls  •  If one possessed doll is scary (we're talking about you, Chucky and Annabelle), imagine a whole collection of them. In an act of revenge, townspeople cut out the tongue and kill a ventriloquist who is accused of kidnapping a boy who accused her of fraud during a performance. After they bury her with her collection of handmade vaudeville dolls, the dolls raise from their graves on a mission to kill the people who killed her. 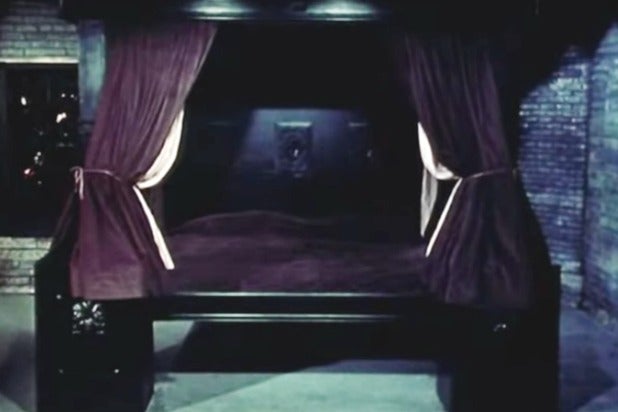 Cult Epics
Death Bed: The Bed That Eats (1977) A bed  •  The title says it all. Once every 10 years, a demon-possessed bed comes to life and feasts on human beings, giving whole new meaning to "eating in bed."
x
Looks like you're enjoying reading