The 89th Academy Awards inspired some glorious memes on Twitter and Instagram Sunday night, with the mixup with the announcement of the Best Picture winner taking precedent over everything else.

Mahershala Ali won the Best Supporting Actor award for his role in “Moonlight,” which sparked A24 to tweet out a screenshot from the movie in which Ali originally cradles young Chiron in the movie. However, in the meme, he is cradling his newly-won Oscar.

Of course, people were quick to make fun of the moment when host Jimmy Kimmel interviewed “Lion” star Sunny Pawar and proceeded to hold him up like the scene in “The Lion King.”

And people also loved Kimmel’s prank when he invited tourists on a Star Lines Hollywood tour into the auditorium. “Gary from Chicago” was quick to trend on Twitter, and his fiancee’s facial expressions prompted many to take to social media.

The 2017 Oscars took place at the Dolby Theatre in Los Angeles on Sunday, Feb. 26.

See the memes below.

Warren Beatty looking at the card trying to figure out how Emma Stone could win Best Picture pic.twitter.com/NkQrmYDHwg 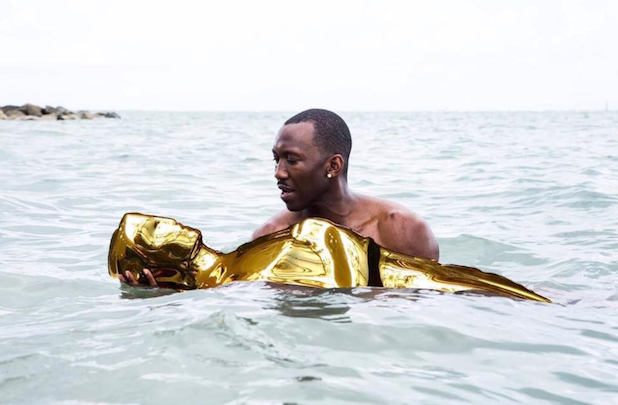 This is me everytime a film I have never even heard of wins. #Oscars pic.twitter.com/mAPqo5FTIN

Jesus and God planning the future of the world. #Oscars pic.twitter.com/lg8wLD9dtT

"Britney Spears is coming to the red carpet" #Oscars pic.twitter.com/VQ31BI381y

I thought we killed you #Oscars pic.twitter.com/kuDTQSYBhc

THE STAR OF THE #OSCARS!!! pic.twitter.com/BzS3ezGqhF

Me gracing everyone with my presence at work tomorrow#Oscars pic.twitter.com/tbrn4HMpHx

When you accidentally send a naked picture of yourself to your mom. #Oscars pic.twitter.com/PJ9Rmegw88

Everything the light touches is yours…???? #Oscars pic.twitter.com/NlkTmO45Ua

me whenever @Lin_Manuel appears on screen #Oscars pic.twitter.com/tB8om3BRxd