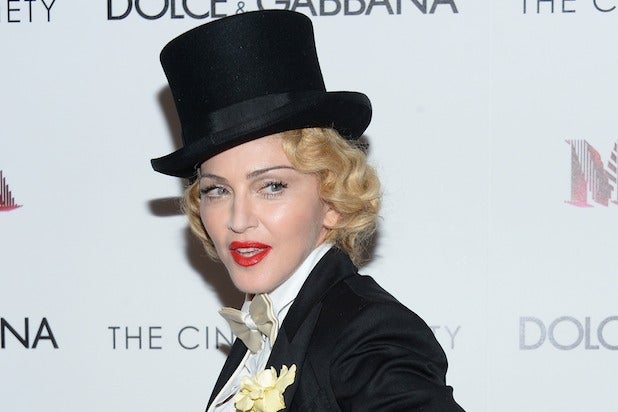 The 17-year-old Australian teen whose breast was exposed in concert by Madonna this week wants the world to know she has no plans to sue the iconic singer.

“Seriously, why would I sue Madonna for the best moment of my life?,” Josephine Georgiou told The Courier Mail. “It was the best night.”

“She was calling me a Victoria’s Secret model the whole time I was on stage, which is so flattering,” Georgiou, an aspiring model herself, continued.

Also Read: WTF Is Up With Madonna? A Short Explainer

On Thursday, video surfaced of the singer during a show in Australia in which the Material Girl called Georgiou up to the stage and exposed her breast to the crowd. After remarking that the woman is “the kind of girl you just want to slap on the ass… and pull,” Madonna tugged at her top, revealing her breast.

Responding to a question about whether or not she was embarrassed by the incident, Georgiou said, “Only I get to decide if I’m humiliated or not. Why would people assume I am humiliated by my own breast, nipple or body?”

Georgiou continued: “It’s hilarious to me how much of a big deal it is to everyone. People just need to understand I was on stage in front of Madonna, I was looking her in the eyes and most people would just melt into a pool on stage, so it was only because I was standing in front of her that I looked so surprised.”

The incident came just days after some alleged that Madonna was drunk onstage during another Australian performance, a rumor the singer quickly refuted in an Instagram post.