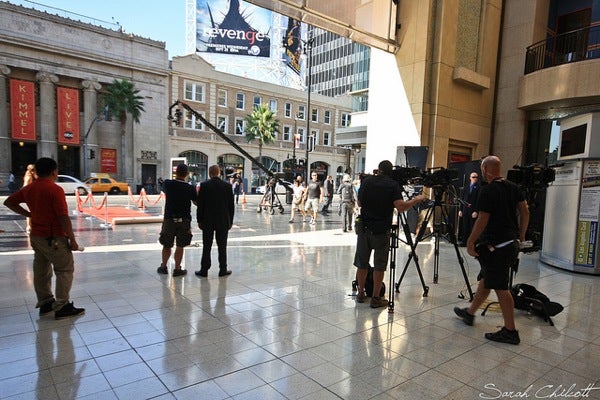 Hollywood producers keep raising the bar on how much they spend to make movies, but the U.S. is slipping when it comes to hosting blockbuster movie sets, a new study from FilmL.A. shows.

Studios spent $7.5 billion on production in 2016, up from $7 billion the year before, representing a 7.1 percent increase year over year.

The study found that Georgia served as the primary filming location for 17 of the top 100 films at the domestic box office, followed by the United Kingdom with 16, Canada with 13, and California with 12.

But only 57 percent of year’s highest grossing films in the top 100 were filmed in the U.S. In the three previous years FilmL.A. performed the study, the U.S. share was between 64-67 percent, representing a year-over-year drop of roughly 12 percent.

In California, animation was king as five animated films accounted for 78 percent ($770 million) of the total $991 million budget value of all California films in the survey. Those five films come from Disney (“Zootopia,” “Moana”), Pixar (“Finding Dory”) and DreamWorks (“Kung Fu Panda 3,” “Trolls”), all of whom have their studios based in the Golden State.

As for live-action titles in California, the most expensive film surveyed that was primarily shot in CA was the $60 million “Sully,” which filmed its elaborate plane disaster scenes on Hollywood soundstages. This continues a trend the study has found in which California has struggled to bring in high-budget live-action projects, though three $100+ million future releases are currently in production in the state, including Ava DuVernay’s “A Wrinkle In Time.”

Still, that doesn’t mean California’s recently revised tax incentive hasn’t had a positive effect. The study shows that on-location film production in the Greater Los Angeles area is up 12 percent from last year, with 4,865 shoot days registered. That’s the highest number of shoot days in seven years and a 33 percent increase from 2010, when California’s original tax incentive was first implemented. The shoot day increase was also bolstered by two films that did not receive the incentive but were filmed in California for creative reasons: the Coen Brothers’ “Hail, Caesar!” and Damien Chazelle’s “La La Land.”