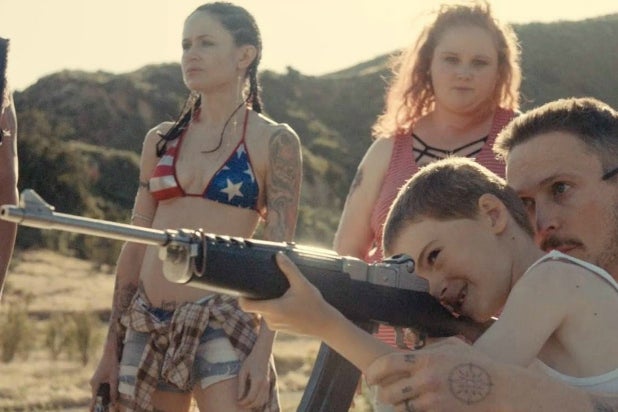 In the run-up to the Oscars, you may well have already seen all of the contenders — except for those in the shorts categories. Now’s your chance, with the 2019 Oscar Nominated Short Films program, to catch up on these underrated contenders before the office Oscar ballots come around.

They may not have big-name stars or auteur directors behind them, but several of these mini-movies are as effective as a Best Picture nominee when it comes to working on your emotions and leaving you thinking long after their credits roll. And if there’s ever a title that’s not working out for you, a new short will soon follow in its place, like revolving appetizers at a reception.

The shorts are divided into three categories of five titles each: Live Action, Documentary and Animation. Those in the Live Action competition are generally some of the heaviest, most dramatic shorts from filmmakers around the world. The Irish film “Detainment,” for example, recreates a harrowing murder involving two 10-year-old boys who were tried as adults for killing a toddler in the ’90s. Much of Vincent Lambe’s short takes place in tense interrogation scenes, as parents and police officers are desperately digging for answers they’re not sure they want to hear.

Also Read: Oscars: Europe Loses Ground and 6 Other Lessons We Learned From This Year's Short Lists

Jeremy Comte’s “Fauve” is a Canadian short with a bleak view of a power struggle between two boys in a harsh natural landscape. Danielle Macdonald (“Dumplin'”) appears in Guy Nattiv’s “Skin,” a provocative short about race, hate crimes and how violence is passed down to children. Rodrigo Sorogoyen’s “Madre” is perhaps the most intense film of all: The less-than-20-minute Spanish psychological thriller is set over a frantic phone call between a mother and her (unseen) lost son as a strange man approaches him.

And then there’s Marianne Farley’s “Marguerite,” another Canadian entry, but whose intentions are soulful and reflective instead of harsh. It’s a contemplative story between an ailing older woman and her caretaker, who reveals one day over the course of her duties that she has a girlfriend. It unlocks a forgotten history for the older woman and gives the audience one of the more tender moments in the collection.

Also Read: Awards Box Office: How Did the Oscar-Nominated Shorts Do?

There’s a different kind of reflection to be found in this year’s Documentary class. The shortest of these nominees is Marshall Curry’s unnerving flashback, “A Night at the Garden.” The svelte seven-minute short takes the audience back to what looks like a “Make America Great Again” pep rally at New York City’s Madison Square Garden in the late 1930s, complete with singers, fanfare and an oversized banner of George Washington looming over the crowd. But as the speaker at the podium rallies the crowd to restore America to its former greatness, an uncanny parallel to current events emerges, ending with the haunting images of Americans saluting the Third Reich. We’re watching history repeat itself.

The other documentaries in the category are no less topical. In Rayka Zehtabchi’s inspirational “Period. End of Sentence,” young women in India become empowered to make and sell their own sanitary products. Skye Fitzgerald takes viewers to the deadly waters off the coast of Libya, which have claimed so many refugee lives over the past several years in “Lifeboat,” a film that documents the efforts of a German organization to stem that loss of life. Ed Perkins’ visceral recreation of Cornelius Walker’s experience takes viewers back to the early aughts when the subject of “Black Sheep” found himself in a new town and targeted by racists. He picks up their accents and mannerisms to survive, but at what cost to his identity?

Documentarian powerhouses Rob Epstein and Jeffrey Friedman (“The Times of Harvey Milk,” “The Celluloid Closet”) return to nonfiction filmmaking with “End Game,” a look at end-of-life care for terminal patients and the experience of one family dealing with the soon-to-be-death of a loved one. The short is an empathetic exercise in documentary filmmaking, giving its subjects space to grieve and moments of privacy for the family when needed.

While the block of Animation shorts may be colorful and often funny, many of them also deal with matters of the heart. There are several moments of levity in Louise Bagnall’s nostalgic trip, “Late Afternoon,” a short that reimagines our ability to revisit memories, and Alison Snowden and David Fine’s “Animal Behaviour,” which puts animals in therapy to sort through their natural instincts. However, no short balances visual jokes and sentimentality better than Domee Shi’s “Bao.” Adorably surrealistic, the story of a doting mom and her anthropomorphized dumpling became one of Pixar’s most unforgettable shorts and is nominated alongside the feature it accompanied in theaters, “The Incredibles 2.”

There’s an undercurrent of diversity in this category that is a good sign for the future of the Academy. While issues of identity are not the topic of these shorts, they are intrinsically linked to the characters leading the story, and not just in “Bao.” Andrew Chesworth and Bobby Pontillas’ “One Small Step” follows a Chinese American girl as she pursues her dreams of going to space. Trevor Jimenez’s “Weekends” traces the complicated feelings of a boy shuffled between his divorced parents’ homes in Toronto as he’s growing up in the ’80s. The short is enchantingly hand-drawn, wildly creative and includes details about his dad’s samurai collection, his parents’ fondness for martial arts movies and a beloved regal horse statue that features prominently in the boy’s dreams. It’s the kind of nuanced depiction of diversity many filmgoers would like to see spread throughout the Academy’s branches in the years to come.