ABC and CNN lead the nominations for the 43rd Annual News and Documentary Emmy Awards, which were announced Thursday by The National Academy of Television Arts & Sciences (NATAS).

NATAS also revealed that Judy Woodruff, anchor and managing editor of “PBS NewsHour,” and Sir David Attenborough will receive honorary awards at this year’s ceremonies. The news categories, where Woodruff will be honored, will be presented on Wednesday, Sep. 28 at 7:30 p.m. EDT and the ceremony for the documentary categories, where Attenborough will be honored, will be held Thursday, Sep. 29th at 7:30 p.m. EDT. Attenborough’s many docuseries include “Life on Earth,” “The Blue Planet” and “Planet Earth.” 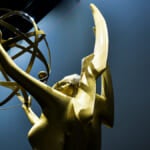 A number of the nominated news segments, reports and documentaries were dedicated to the Jan. 6 2021 insurrection at the Capitol, including those by ABC, CBS, NBC, The New Yorker, Hulu and PBS.

The nominations were chosen from more than 2500 submissions that originally premiered in calendar-year 2021, judged by a pool of over 800 peer professionals from across the television and streaming and digital media news and documentary industry.

Outstanding Arts and Culture Documentary
Street Gang: How We Got to Sesame Street (HBO)
A Choice of Weapons: Inspired by Gordon Parks (HBO)
Paper and Glue (MSNBC )
The One and Only Dick Gregory (Showtime)
The Real Charlie Chaplin (Showtime)