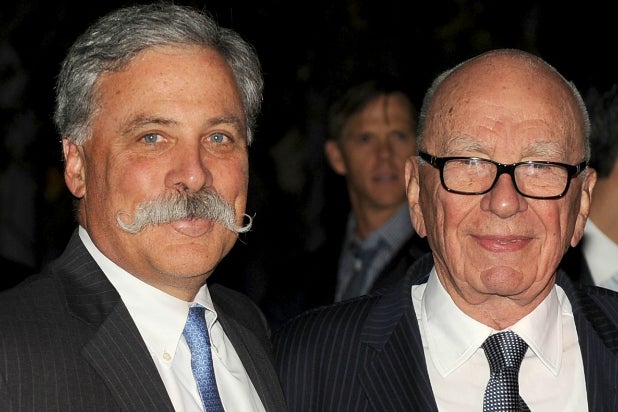 Rupert Murdoch is set to step down from his post as CEO at 21st Century Fox, handing the reins and title over to his son James.

The 84-year-old media mogul will continue on as executive chairman of Fox, while other son Lachlan becomes an executive co-chairman, according to a CNBC report. The two brothers are expected to lead in tandem.

Additionally, Chase Carey will step down as chief operating officer, staying on in an advisory role. Carey succeeded Peter Chernin as COO in 2009.

An official announcement is expected soon, though the effective date is still somewhat up in the air. The reorganization could occur this year, or early in 2016.

A 21st Century Fox spokesperson told TheWrap: “The matter of succession is on the agenda at our upcoming, regularly scheduled board meeting.”

Rupert Murdoch controls 39.4 percent of the voting shares at Fox through the Murdoch Family Trust.

Stock in 21st Century Fox (FOX) slipped just a bit on Thursday following the breaking news. At the time of this writing, (FOX) had slid $0.14 per share, or a mere -0.43 percent.