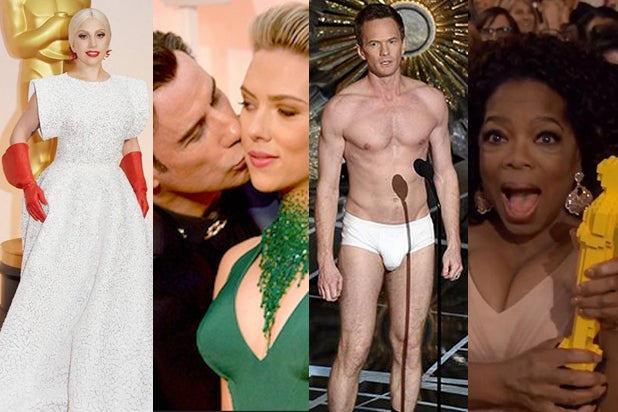 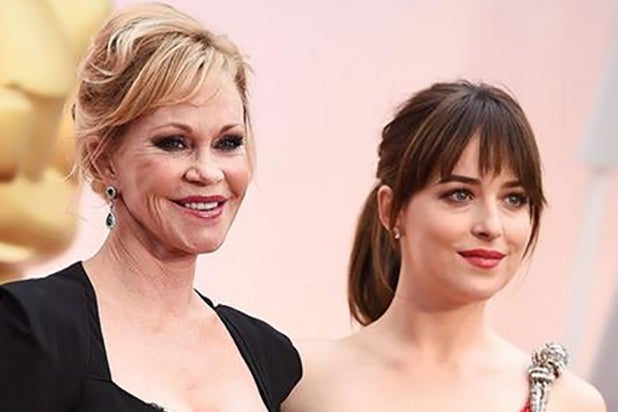 WORST: Dakota Johnson's 50 Shades of Awkward With Mom Melanie GriffithMany, many people saw Dakota Johnson in "Fifty Shades of Grey," but not her famous mother, Melanie Griffith. The two had an awkward exchange on the subject during ABC's pre-Oscars red carpet show. After some back and forth on the matter -- which included some side-eye and a fair amount of sass -- Johnson closed the conversation by declaring, “Alright! You don’t have to see it. Jesus Christ.” 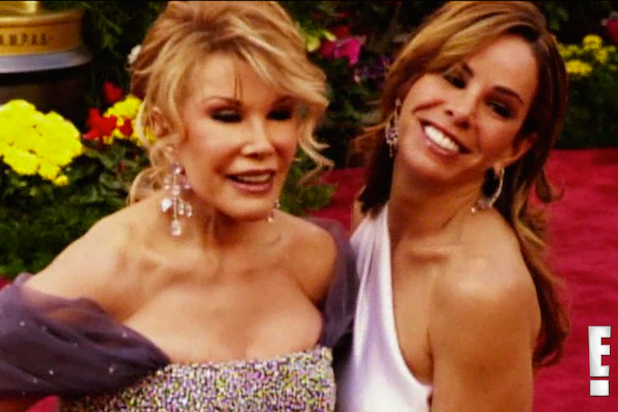 BEST: Melissa Rivers' Touching Tribute to Her MomMelissa Rivers paid a touching tribute to her late mother during E!’s “Live From the Red Carpet” show. The “Fashion Police” executive producer honored the late comedienne with a video that looked back on some of her most memorable moments with some of Hollywood’s biggest names, from Will Smith to Sarah Jessica Parker. 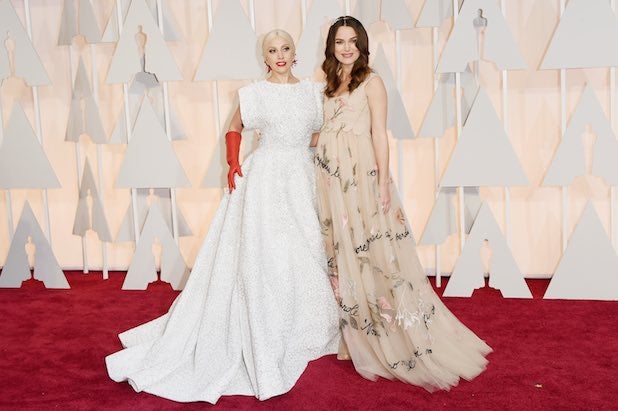 WORST: Lady Gaga's Lackluster Turn on the Red CarpetLady Gaga still had a great night overall with her scintillating "Sound of Music" tribute, but her red carpet look was a dud. She wore an Azzedine Alaia gown and red leather gloves that belonged on a welder or crab fisherman. 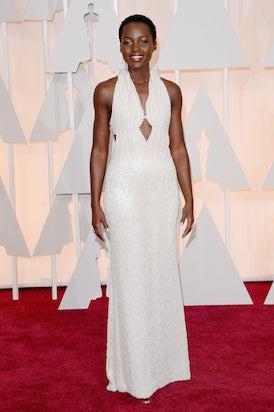 BEST: Lupita Nyong'o's Lovely Red Carpet LookNyong'o stole the red carpet in a hand-embroidered Calvin Klein collection gown made of 6,000 mother-of-pearl beads. For a returning champ, perfect fashion is the best way to make an impression at the Academy Awards. 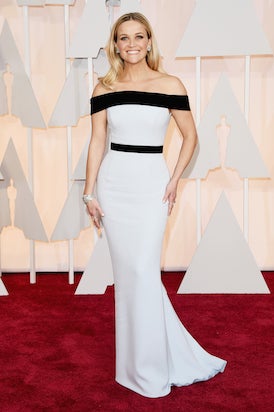 BEST: Reese Witherspoon encourages world to #AskHerMoreThe Oscar-nominated "Wild" star helped the #AskHerMore trend go viral on Sunday, which begs the world to look deeper than an actress's gown, hair and accessories on the red carpet. 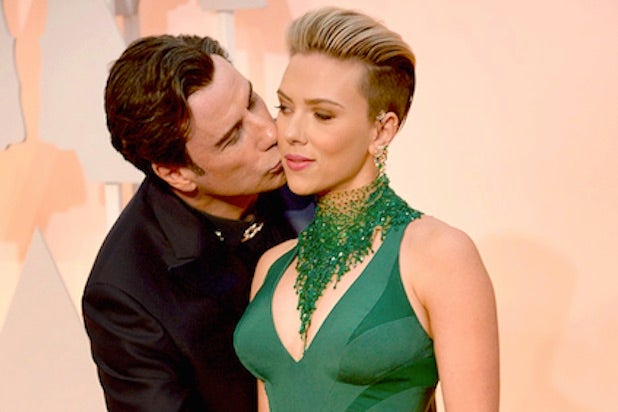 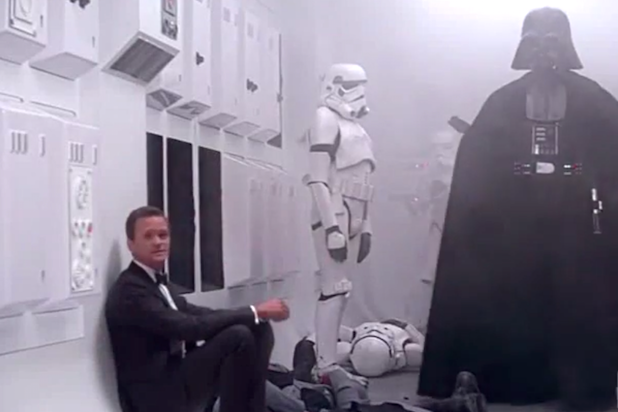 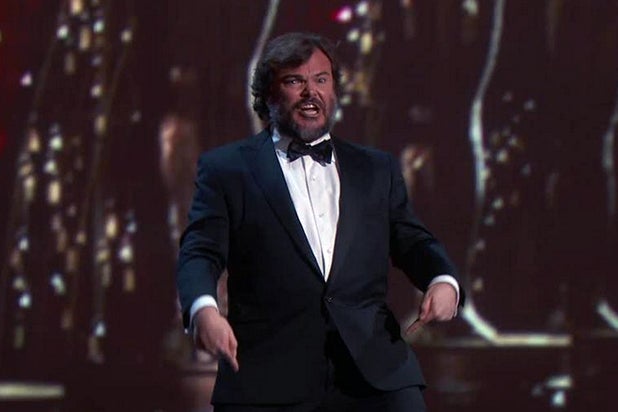 BEST: Jack Black's Superhero SlamWhile Neil Patrick Harris brought his usual magic to the opening Oscar number, an unexpected surprise came in the form of Jack Black. Singing a funny-but-poignant indictment of the current superhero-centered industry, Black belted about Hollywood: "It's run by muckety mucks, pitching tents for tentpoles and chasing Chinese bucks. Openings with lots of zeroes, all we get is superheroes ... the only screens we're watching are the screens in our jeans!" 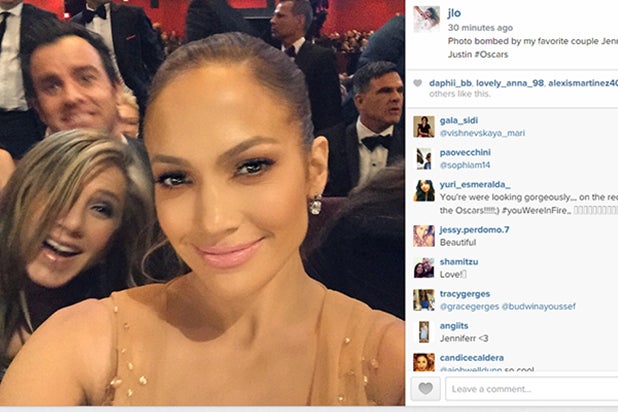 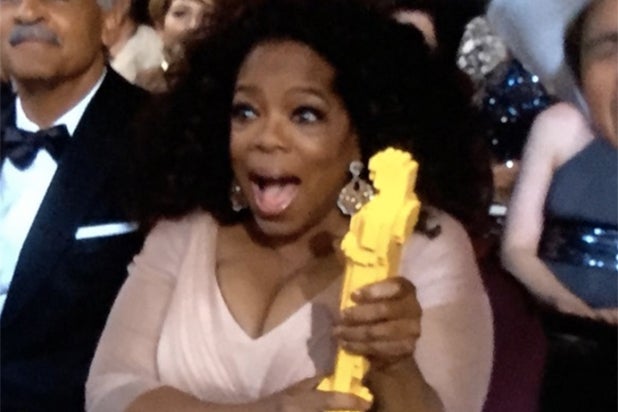 BEST: Oprah Finally Winning an Oscar—Well, a LegoOprah Winfrey has worked her Hollywood muscle for years with zero Golden trophies to show for it—but the folks from the Lego Movie finally righted the grave injustice. The former daytime queen was handed a well-earned Lego trophy during the Lego Movie performance—her ecstatic face sang "Everything is Awesome." 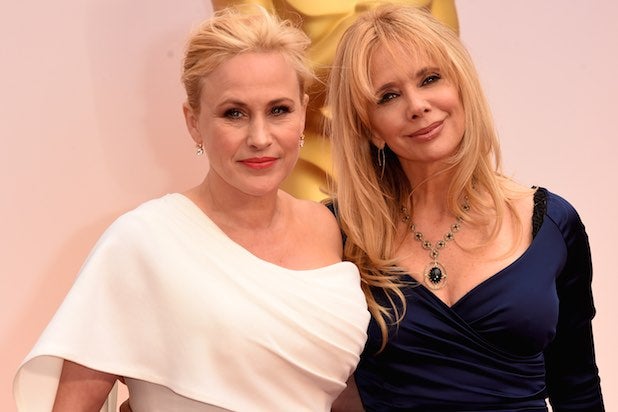 BEST: Patricia Arquette's Pitch-Perfect Plea for Gender EqualityThe actress took home the best supporting actress trophy on Sunday for her role in "Boyhood," but she earned a standing ovation for another accomplishment. Arquette made a plea for equal wages for equal work during her acceptance speech and also offered poignant words for all of the mothers of the world. 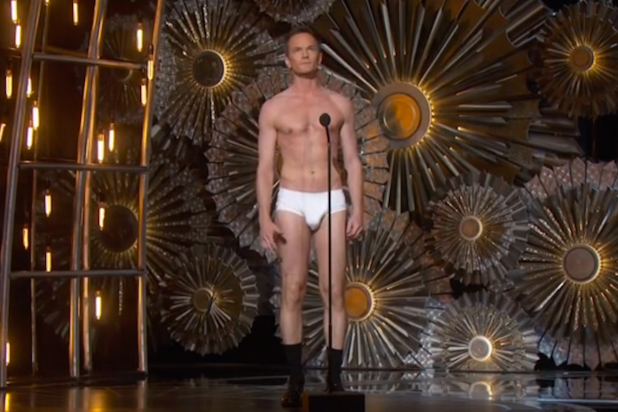 BEST: Neil Patrick Harris' Goes Nearly Nude in Michael Keaton ImpressionHarris showed off a buff bod as he walked on stage wearing nothing but tighty-whities and black shoes, nodding to a similar scene from “Birdman.” As the show returned from a commercial break, Harris could be seen backstage locked out of his dressing room wearing next to nothing, and cameras followed Harris as he walked on stage in his skivvies, giving audiences an eyeful. 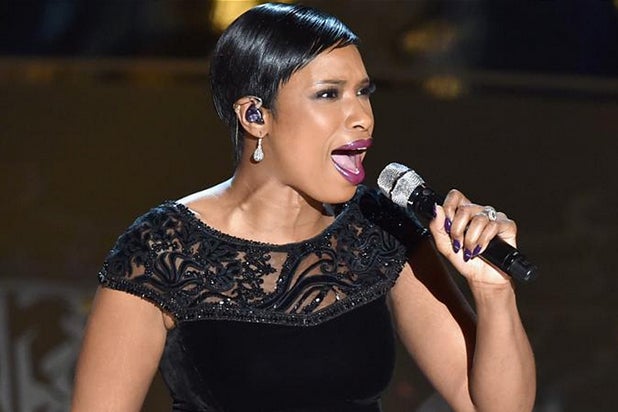 BEST: A Bevy of Brilliant Black PerformancesFor a ceremony criticized over its incurable whiteness, some of the Oscars best moments belonged to performers Jennifer Hudson, Common and John Legend, whose musical renditions brought down the house, along with not a few tears. 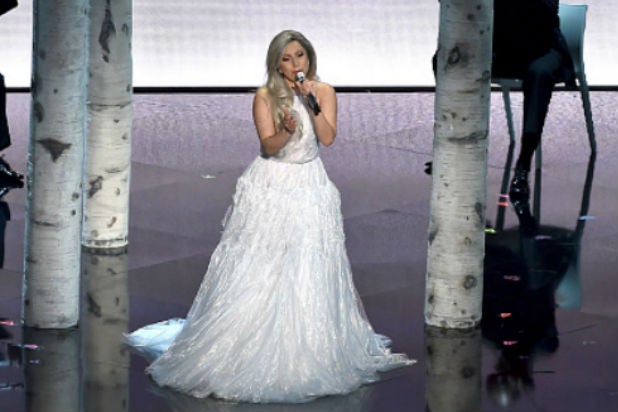 BEST: Lady Gaga Comes Alive With 'The Sound of Music'Lady Gaga stunned the Dolby Theater with a medley of songs from "The Sound of Music" using just her voice -- and none of the usual abstract stunts from her life and commercial work. 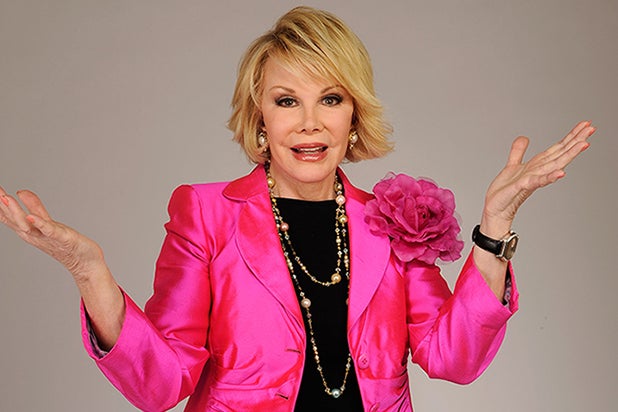 WORST: Joan Rivers' Mystifying In Memoriam SnubThe comedian wasn’t just a standup comic, talk show host and red carpet staple. She also appeared in or provided her voice for several films, including “The Muppets Take Manhattan” and “Look Who’s Talking.” Most of all, she wrote and directed the provocative drama “Rabbit Test,” which starred Billy Crystal as a pregnant man. 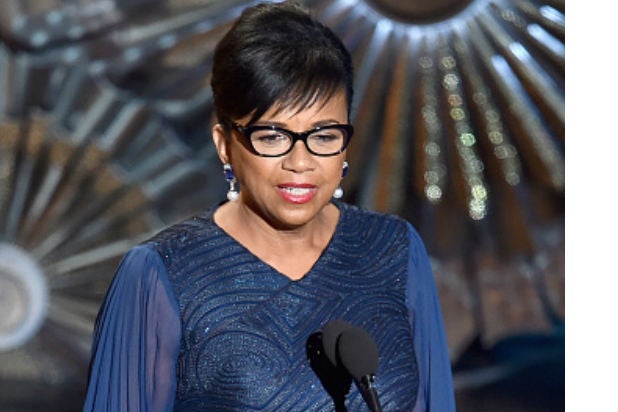 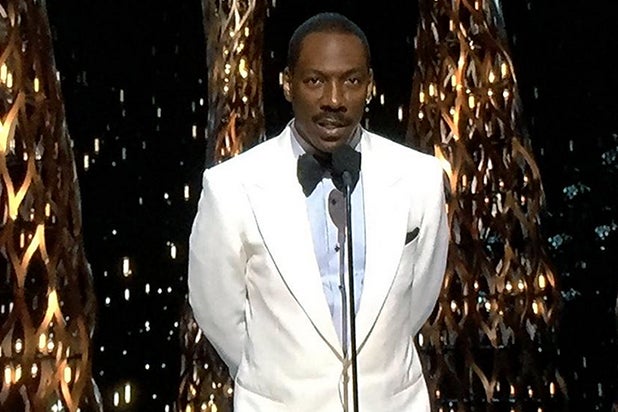 WORST: Eddie Murphy Flatlines During His PresentationWe know he was honoring the written word, but when one of the greatest comedians of all time takes the stage, we expect him to do more than read off a cue card. He ticked off the nominees like it was a groceries list and didn't crack a single joke. 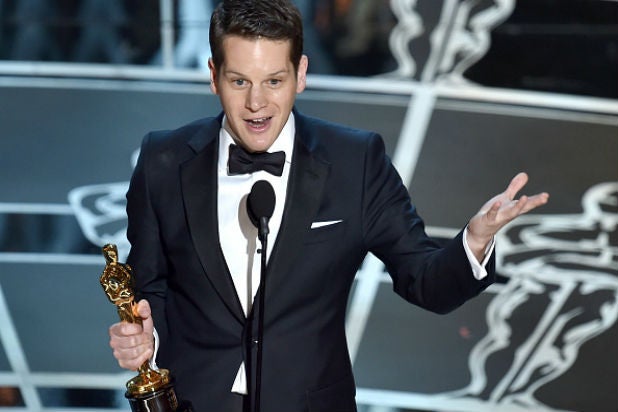 BEST: Graham Moore's Gripping Acceptance SpeechThe Oscar-winning "Imitation Game" screenwriter delivered a moving and personal acceptance speech: "I tried to commit suicide at 16 and now I'm standing here. I would like for this moment to be for that kid out there who feels like he doesn’t fit in anywhere. You do. Stay weird. Stay different, and then, when it's your turn and you are standing on this stage, please pass the same message along." 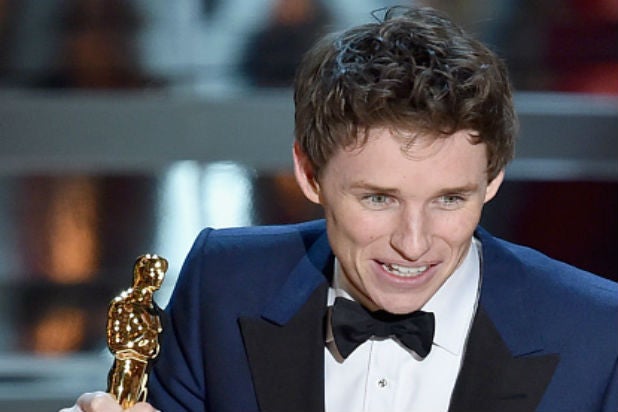 BEST: Eddie Redmayne's Stephen Hawking Shout-OutThe "Theory of Everything" star solidified his spot in cinema history on Sunday by beating out a tough class of competitors for Best Actor, and he didn't waste his opportunity on the big stage. He dedicated his victory to the Hawking family and everyone suffering from Amyotrophic Lateral Sclerosis. 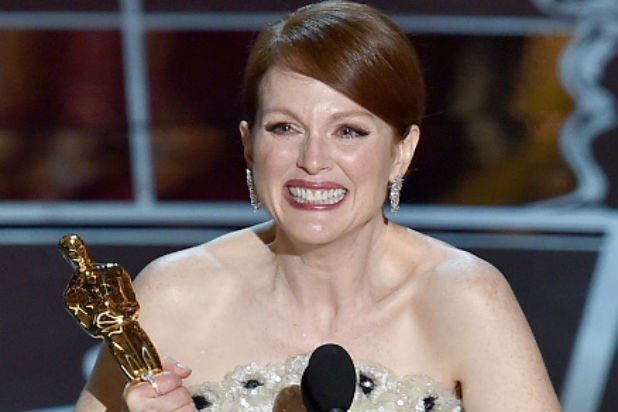 BEST: Julianne Moore's Cougar CrackThe "Still Alice" star took home the Best Actress trophy on Sunday, as many expected, and started off her acceptance speech with a hilarious joke: "If winning an Oscar means I get to live five years longer, I'd like to thank the Academy because my husband is younger." 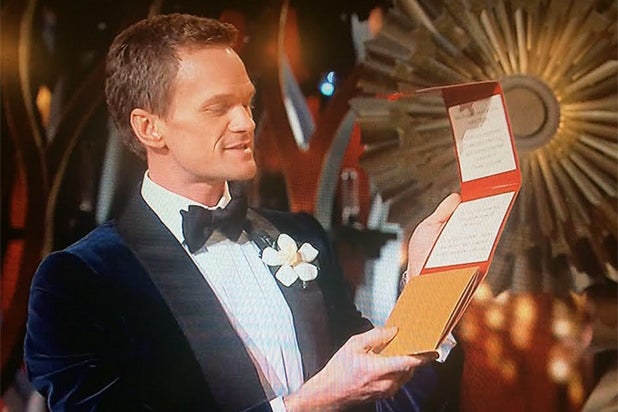 BEST: NPH's Oscar Predictions GagNeil Patrick Harris started his prediction joke on a Sunday and wrapped it up on a Monday. We respect his commitment to the bit, but once it hits midnight on the East Coast it's time to consider cutting everything except essential moments, like the Best Picture winner. 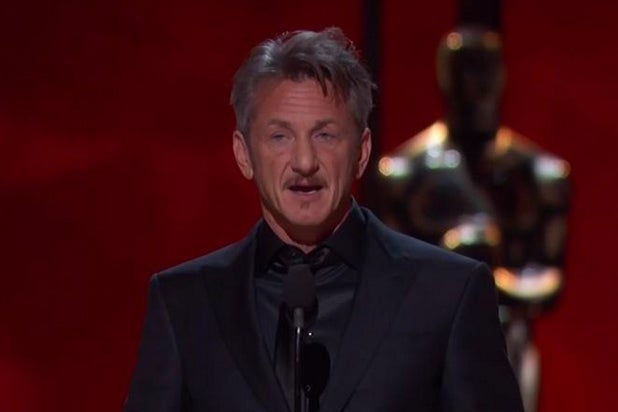 WORST: Sean Penn's Overly Dramatic Pause, Xenophobic JokeOscar-winning actor Sean Penn took a dramatic pause before announcing the Best Picture director which. Lasted. Way. Too Long. Then he followed it up with an off-color joke about "Birdman" director Alejandro Iñárritu. We know the two of them are friends and have worked together before, but "Who gave this sonofabitch his green card?" will go down as one of the worst Oscars introductions ever.
x
Looks like you're enjoying reading