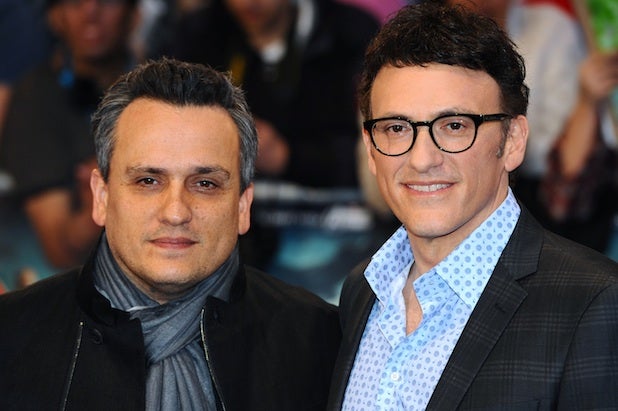 In the age of NSA wiretaps, political thrillers loom large. Americans may have less reason to trust their government now than at any time since Watergate. George W. Bush invaded Iraq to claim WMDs that were not there, and both Bush and Barack Obama spied on civilians without telling them.

Post-Watergate suspicion produced such compelling political thrillers as “3 Days of the Condor,” and those movies, more than any recent action fare, influenced the latest entry into the superhero canon, “Captain America: Winter Soldier.”

Directors Joe and Anthony Russo grew up watching political thrillers with their dad, a big movie buff. So when Marvel Studios chief Kevin Feige told them the next “Cap” movie would mix superheroes and political intrigue, they had a lot of ideas.

The Russos explained to TheWrap how three movies in particular influenced specific scenes in “Winter Soldier.” We won’t spoil the movie by saying which scenes, but read below to learn about influences for one of the most successful movies of the year — and try to guess which scenes the Russos are referring to.

(For the record, different Russos answered different questions, but as Anthony said, “We don’t divide duties; we tell people if you ask one of us, it’s as good as asking both of us.”)

“The reason the car chase is so brilliant is not because it’s so well-filmed. It’s because Gene Hackman is a desperate character who is reckless in his pursuit of being right. He needs to stop this guy to prove that he is right. The 1970s thrillers had protracted action sequences that would illuminate the psychology of the characters.”

“Brian DePalma came in at the tail end of that era, but if you look at DePalma, he understood these existential tensions moments better than anyone. You take a very likable character and put them in a horrifying situation or an impossible situation. The audience sits there for 10 minutes wondering how this is going to end, and most of the time with DePalma this ends poorly. At the end of ‘Blow Out,’ the heroine is killed. In ‘Dress to Kill,’ she’s killed. He subverts that convention. We’re in a big commercial movie so we can’t be killing the lead character halfway through the movie, but we can take a very empathetic character and put him in an impossible situation or situations where you worry for his safety. And then we stretch that out.”

“The bank heist in ‘Heat’ is one of my all-time favorite scenes in movies. I remember the sound design; it was so loud. This must be what it was like watching the scene unfold from a very first-person subjectivity. We love that stuff.”

Bonus Round: Grounding Superheroes in ‘The Dark Knight

“We like to have our superhero movies with a little grounding. I started collecting comic books in the 1980s when it was Frank Miller‘s ‘Dark Knight’ series. That was the first big post-modern book. He took a silver age hero and shoved him into the future or the present – modernity. He made him function in our world – not this crazy alternative universe of superhero movies.”