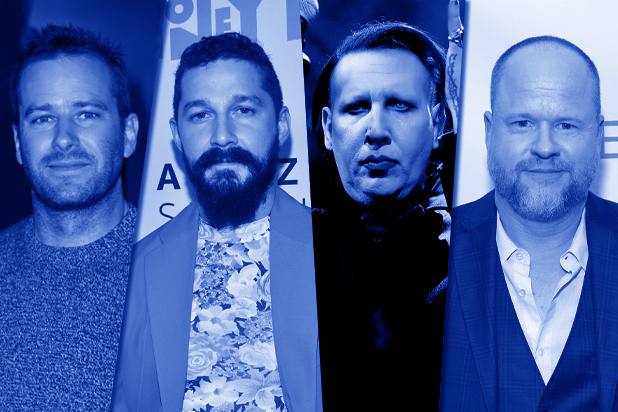 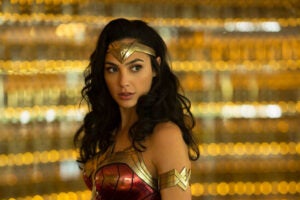 3 Years After #MeToo, Hollywood Grapples With a New Crop of Accusations

“This can serve as proof that the #MeToo movement has really shifted our culture for the better,” one activist says

More than three years after the #MeToo movement arose in Hollywood, a new crop of accusations has been leveled against prominent celebrities for sexual abuse or harassment, some of them — including 34-year-old actors Armie Hammer and Shia LaBeouf — on the younger end of those previously accused of misconduct.

This time, the consequences have been relatively swift, sometimes after a single accuser or even an anonymous one has come to light.

Hammer, for example, dropped out of Lionsgate’s “Shotgun Wedding” shortly after photographs of salacious private messages hinting at cannibalism and rough sex circulated anonymously online. CAA parted ways with LaBeouf (when LaBeouf decided to take a break from acting to focus on recovery) after his ex-girlfriend, singer FKA Twigs, filed a lawsuit over sexual battery and assault. Marilyn Manson was accused by one of his exes, actress Evan Rachel Wood, of grooming and “horrifically” abusing her — and promptly lost his talent representation, record label and two TV roles. And this week, the once-powerful writer-director-producer Joss Whedon faced new accusations of misconduct, this time from former “Angel” cast member Charisma Carpenter. After WarnerMedia dropped him from HBO’s “The Nevers” last fall amid an investigation into reports of his abusive behavior while directing reshoots of 2017’s “Justice League,” he has no major pending projects at this time.

That these men are facing some kind of fallout is indicative of the #MeToo movement’s impact on the entertainment industry.

“If you compare it to where Hollywood has been in years past, it really does seem like the industry is treating these allegations with the seriousness they deserve. They’re believing survivors and taking some appropriate actions to sever ties with people who’ve been accused of abuse,” Bridget Todd, the communications director for the feminist advocacy group UltraViolet, told TheWrap. “Obviously, I want to be very clear, there’s so much more work to be done. But I think this can serve as proof that the #MeToo movement has really shifted our culture for the better.”

“I’d like to believe that if there is an actor who physically abuses a woman … that anyone with any kind of decency is going to do the right thing,” crisis PR expert Mark Macias old TheWrap — a sentiment that might have been harder to find before 2017 and the fall of Harvey Weinstein. “I would hope publicists wouldn’t put money above the image.”‘

But this is Hollywood after all. Some insiders who spoke to TheWrap noted that for the celebrities accused in recent weeks, the long-term damage to their careers will continue to be based on their value to Hollywood’s entertainment companies. 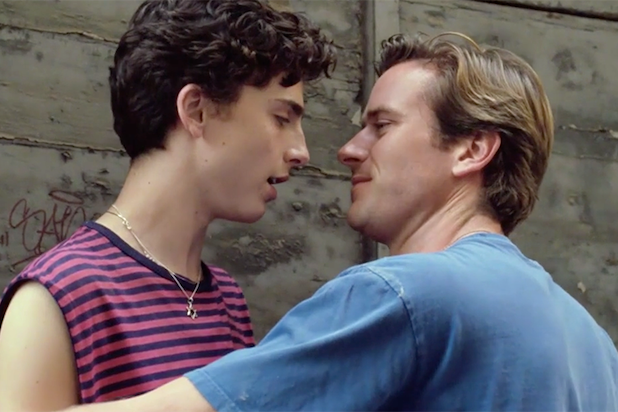 Armie Hammer and Timothée Chalamet in “Call Me By Your Name.” (Sony Pictures Classics)

Hammer, while best known for his dual roles in Oscar winners “The Social Network” and “Call Me by Your Name,” hasn’t been a box office draw so far in his career. According to The Numbers, films in which he played a leading role grossed $537.5 million at the global box office.

That pales compared to the $10 billion in lifetime box office grosses of Johnny Depp, who was jettisoned from Warner Bros. “Fantastic Beasts” franchise last November after a British judge ruled that a U.K. paper’s description of Depp as a “wife-beater” was “substantially true.”

“It’s Armie Hammer — who really cares?” one publicist told TheWrap. “It isn’t worth it to be associated with him. There’s no win for the producers or agents.”

Manson, who rose to prominence in the late ’90s and has achieved commercial and critical success with his band, has not raked in the same kind of album sales numbers in recent years. As of Wednesday, Manson’s most recent album, September’s “We Are Chaos,” sold the equivalent of 69,000 copies, according to Billboard, whereas 2007’s “Eat Me, Drink Me,” 2003’s “The Golden Age of Grotesque” and 1998’s “Mechanical Animals” sold 88,000, 118,000 and 223,000 copies, respectively, in their first weeks alone. 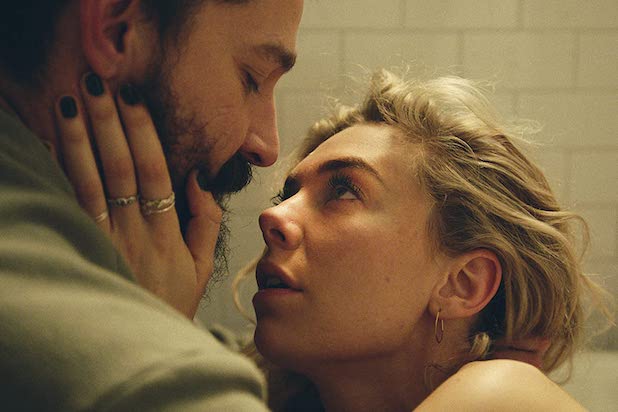 Shia LaBeouf and Vanessa Kirby in this year’s Oscar contender “Pieces of a Woman.” (Netflix)

Though LaBeouf hasn’t had a blockbuster box office hit in over a decade, he does have a massive fan base from his “Even Stevens” and “Transformers” days and has starred in films like “Holes,” “Disturbia” and “Surf’s Up” that were commercial successes. His three most recent films were critical hits, including “Honey Boy,” “The Peanut Butter Falcon” and this season’s Oscar contender “Pieces of a Woman,” which Netflix has continued to push for awards while downplaying LaBeouf’s participation in ads.

Despite the sexual abuse accusations and lawsuit against him, LaBeouf still has his publicist and manager, and at least one producer told TheWrap they’d work with LaBeouf again. “In the case with Shia, the fact that they’re still working with him probably suggests that there’s still some hope that there’s still a way to work his image with the industry,” Macias said.

The publicist said they expected that LaBeouf could even make a return to the awards circuit. “He’s a real earner and, conduct aside, he can win an Academy Award one day — he’s that good of an actor,” the publicist said. “Everyone knows who he is, and every performance he delivers is great.” 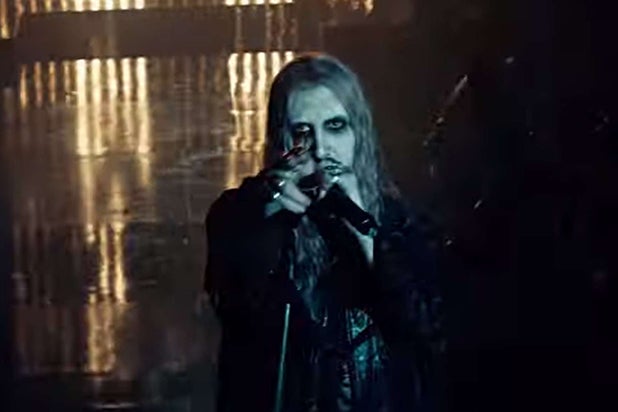 But Hollywood must still grapple with inconsistent standards for its stars — and why some can rehabilitate their images and retain their careers, while others cannot. While LaBeouf still has a publicist and manager, and Whedon remains represented at CAA, Hammer and Manson have been dumped by their teams. (Representatives for CAA did not respond to a request for comment.)

“They clearly didn’t have enough fans sticking up for them,” a second publicist told TheWrap of Hammer and Manson.

When it comes to Whedon, the first publicist said the “Buffy” creator is “coming to the end of his line,” partly because the superhero space he used to occupy as the director of Marvel’s first two “Avengers” movies has since been filled with other talented filmmakers. Again, that begs the question: “If he were more bankable, would they keep him around?” the publicist said.

As such, in an industry as driven by money and fame, and as public attention toward misconduct waxes and wanes over time, the journey toward a true reckoning in Hollywood is by no means complete.

“It’s about the social currency that the industry brings you,” the publicist said. “If stars are bankable, it’s still business and it’s about money.”