For a second straight weekend, a movie from a major studio has disappointed at the box office. But while the struggles of “Terminator: Dark Fate” were somewhat of a surprise, the sluggish numbers for “Doctor Sleep” are a shock.

Made on a $50 million budget, “Doctor Sleep” was tracking to earn a solid $25 million to $30 million in its opening weekend. But that ended up being way off the mark: It only made $14 million from 3,855 screens.

The disappointment came despite plenty of positive signs for the film. It had a 75% critics score and 90% audience score on Rotten Tomatoes and ringing endorsements from Stephen King, who called it one of his favorite film adaptations of his books, and stars like LeBron James.

“I’m really baffled by this one,” said comScore analyst Paul Dergarabedian. “It really takes anyone in this business back when the tracking is so very wrong about a movie that’s so well received.”

“Doctor Sleep” is now the fourth flop for Warner Bros. in the three months, joining “The Kitchen,” “Motherless Brooklyn,” and “The Goldfinch.” The good news for Warner Bros. is that it has two mammoth hits to cushion the disappointments. “Joker” and “It: Chapter Two” have combined to gross $1.45 billion worldwide.

So what went wrong with “Doctor Sleep”? Here are a five factors.

1.) A Much Older Horror Audience

In the current horror boom, women under 25 have been a driving force in turning scary movies into big hits. Blumhouse films like “Us,” for example, had a strong turnout from audiences under 35 and have had near 50-50 ratios in turnouts for audiences above and below the age of 25. 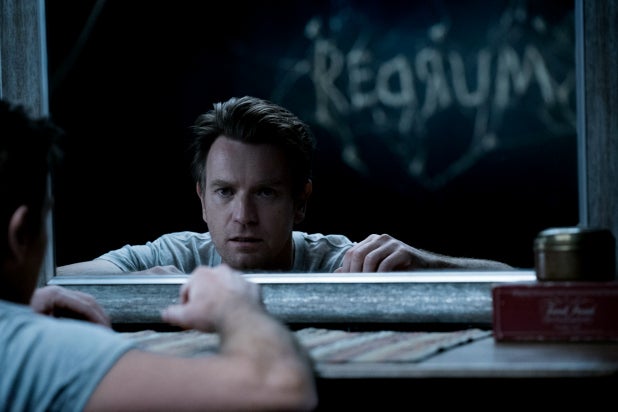 2.) Too Much Time Between Sequels

Stanley Kubrick’s “The Shining” was released in 1980, nearly 40 years before its sequel “Doctor Sleep.”  Warner Bros. marketing “Doctor Sleep” as a “Shining” sequel probably didn’t do the film any major favors.

“The trailers and posters for ‘Doctor Sleep’ were selling the film hard as a sequel to ‘The Shining,’ which is great for longtime Kubrick fans but may have backfired with younger moviegoers who don’t have such an emotional connection to ‘The Shining,'” Dergarabedian said.

Yes, audiences probably remember “Redrum” and the lady in the bathtub (which is why so many people loved the “Shining” homage in “Ready Player One.”) But does everyone remember every character’s name, every line that was spoken, and every dark corner of the Overlook Hotel? Probably not, and that hurt “Doctor Sleep.”

Dergabedian notes that this is far from the first time in recent years that a sequel has been released long after the original.

“I think it’s sort of the same phenomenon we saw with ‘Terminator: Dark Fate’ and ‘Blade Runner 2049.’ Both were films that were pretty well received by critics and had a big cult fanbase, but they were following up on films that came out decades ago. For younger audiences, they either haven’t seen the films at all or haven’t seen them in such a long time that they think they won’t get the nods to the original film.”

Warner Bros. released “Doctor Sleep” in November instead of before Halloween or in September, which has become a strong release month for horror films.

“WB’s critical mistake was not releasing one of the ultimate horror flicks of all time during the haunting season,” Exhibitor Relations’ Jeff Bock told TheWrap. “There was certainly a window last weekend to do so, and honestly, they completely misjudged it.”

The weekend of Oct. 25 was relatively open, and studios generally don’t release horror movies in the month of November. Of course, Warner Bros. might have been trying to give moviegoers a break, since “It Chapter Two” opened Sept. 6 and the horror-comedy “Zombieland: Double Tap” opened Oct. 18. But hindsight is 20/20.

The great majority of marketing for “Doctor Sleep” came in the two months prior to its release. Trailers were attached to Warner Bros.’ biggest hits, “It: Chapter Two” and “Joker.”

But with awareness among younger audiences clearly lower than anticipated, a larger or more spaced out marketing campaign might have helped “Doctor Sleep.” Perhaps trying to build buzz for “Doctor Sleep” in the summer might have helped, especially considering that “Doctor Sleep” star Ewan McGregor earned headlines in August with the news that he will star in a “Star Wars” streaming series about Obi-Wan Kenobi.

Also Read: Will the Box Office Rely on Disney Again This Holiday Season?

5.) Not All Stephen King Adaptations Are Equal

Audiences are clearly not tired of Stephen King adaptations, as illustrated by the runaway success of the two “It” films and the more modest success of “Pet Sematary.” But King’s ability to tell many different kinds of horror tales may have worked against “Doctor Sleep.”

The basic premise of “It” is easy to explain: A killer clown lives in the sewers of Maine and terrorizes children. “Pet Semetary” also has a straightforward concept: A haunted graveyard brings the dead back to life as malicious revenants. Sold and sold.

But “The Shining” and “Doctor Sleep” are more psychological and slow-boiling in their horror. “The Shining” deals with weighty problems like addiction and isolation, and explores how they can cause a family to crumble. “Doctor Sleep” shows us how Jack Torrance has passed down his demons to his son.

There’s certainly an audience for cerebral horror, but it isn’t as easy to promote as Pennywise the Dancing Clown.

Where does ”Mr. Harrigan’s Phone“ place among the many big-screen adaptations of the horror master’s work?

Stephen King isn't just an author by this point: He's an institution, a legacy of classic horror stories that capture our imaginations, fuel our nightmares, and speak -- when he's at his best -- to our shared experiences as flawed, emotional beings. The best King stories scare so many of us that we all feel connected, and even the worst are usually pretty fun. King's books and short stories quickly became hit movies, many of them celebrated in their time, and some flopped so hard that hardly anybody remembers them. Cataloguing every adaptation might be a fool's errand, so we made some tough choices and decided to focus only on his theatrical releases. And even then, there are so many King adaptations that it gets tricky. The sequels to King's work rarely have anything to do with the source material, so they're all disqualified (even though some, like Larry Cohen's prescient anti-fascist monster drama "A Return to Salem's Lot," are genuinely interesting). We also cut King some slack and removed "The Lawnmower Man" from our watch list, since he fought to have his own name removed from the film and won. (There are also some adaptations that are simply difficult to find in America, like the Indian adaptions of "Misery" and "Quitter's, Inc." -- "Julie Ganapathi" and "No Smoking" -- but we tried. We promise we tried.) Even with all those caveats we felt one particular film deserved a quasi-official, honorable mention. Before we rank into every theatrically-released Stephen King adaptation let's give out one honorable mention...
View In Gallery
x