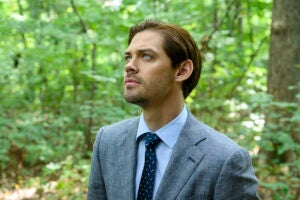 On paper, “Terminator: Dark Fate” seemed to have everything going for it. But instead of a being a sure-fire hit, the sixth installment of the Arnold Schwarzenegger franchise is, well, being terminated at the box office. Unless the film holds more strongly than expected in coming weeks, box office experts said that the investing studio partners Paramount, Skydance, 20th Century Fox and Tencent should expect to take a big loss on the theatrical release — between $70 million to as much as $100 million.

While pre-weekend projections were set around $40 million, “Terminator: Dark Fate” has only earned a domestic opening of $29 million and a global launch of $101.9 million, numbers that aren’t great for a film that cost $185 million to make before marketing. And with this early pace set, it is likely that this box office run will finish in the red.

All of this comes as somewhat of a surprise, considering the original film’s core team of James Cameron, Linda Hamilton and Arnold Schwarzenegger were all involved, and “Deadpool” filmmaker Tim Miller was directing. While “Dark Fate” wasn’t expected to be a huge hit, reviews were better than those of past “Terminator” sequels with a 69% Rotten Tomatoes score. Combined with its aforementioned pedigree, it was expected to do better.

“Joker,” despite its adult content, is still a major force at the box office with $14 million grossed in its fifth weekend. It has gained cross-demographic appeal that has pulled away potential moviegoers for other films, especially a film like “Terminator: Dark Fate” that relies so heavily on male Gen X audiences.

Now just $66 million away from becoming the first R-rated film to gross $1 billion worldwide, “‘Joker’ has become the must-see film of the fall, so much so that it is making it harder for other films that have come out since to gain traction,” comScore analyst Paul Dergarabedian told TheWrap. “It’s encroaching on the core audiences of completely different movies.”

The general consensus within pop culture is that “Terminator 2: Judgment Day” was the last truly great “Terminator” movie. It was the last one in which Hamilton, Cameron and Schwarzenegger were all involved, and lines like “Hasta la vista, baby” that have given “Terminator” its cultural immortality.

But in its attempt to draw favorable comparisons to “T2,” did “Dark Fate” go too far? Even in positive reviews for the film, critics noted that “Dark Fate” copies a great deal of the narrative beats of its 1991 predecessor, including the subplot of Hamilton’s Sarah Connor learning to move past her mistrust of Schwarzenegger’s T-800 and learn to fight alongside him.

Combine that with other elements that the film lifted from past “Terminator” installments, and some moviegoers may have felt like “Dark Fate” was too much like a rehash to buy a ticket for, even if it was a well-received one.

While “Terminator 2: Judgment Day” has left a large pop culture footprint, it is a film that came out more than 25 years ago. For those who aren’t hardcore “Terminator” fans, the decision to again tinker with the series timeline after “Terminator: Genisys” already played with it may have been confusing. Even for those who understood this was a direct follow-up to “T2,” it may have been a long time since they saw that film.

“Blade Runner 2049” suffered that fate two years ago when it fell below box office expectations. One explanation suggested that many casual moviegoers were no longer familiar with the original 1982 film, leading them to stay away from theaters out of the belief they wouldn’t understand the plot without having seen the first film.

4) What happened to [SPOILERS]?

For hardcore fans, on the other hand, there’s something that happens in the first five minutes of “Terminator: Dark Fate” that may have put off many of them. To discuss this, we’re going to get into spoilers, so consider this your warning if you haven’t seen “Dark Fate.”

Several months ago, “T2” star Edward Furlong confirmed that he would be returning as Sarah Connor’s son and future leader of the human resistance, John…but only for a very small role. This led some “Terminator” fans to fear that John Connor would be killed off in “Dark Fate”; and not only does that happen in the film’s opening scene, it comes at the hands of a T-800 played by Arnold Schwarzenegger that looks exactly like the one that protected and befriended John in “T2.”

Bringing back a beloved character just to immediately kill them off can alienate any fanbase. Getting rid of John Connor may have cost “Terminator: Dark Fate” support from devoted fans who are critical for any franchise to gain the word of mouth needed to build interest.

5) “Terminator” may just be past its prime

Ultimately, after three poorly received sequels and a short-lived TV series, is “Terminator” past its expiration date with audiences, not just in the U.S., but globally? While Gen X and millennial audiences may be nostalgic for Arnold and “I’ll be back,” Generation Z has not grown up with “Terminator” the way it has with Marvel and “Star Wars.”

“There’s a certain point with a franchise where after several bad sequels, it no longer has good will from the audience even when it puts out good films again,” Dergarabedian explained. “It’s been so long since ‘Terminator’ had a film that everybody loved that much of the global moviegoing audience seems to have moved on.”

That’s not a good sign for Paramount, which is in great need of reliable tentpoles. While Tom Cruise has provided success with “Mission: Impossible” and will provide the studio with a boost in 2020 with “Top Gun: Maverick,” “Dark Fate” is the second big misfire for Paramount in the past month after “Gemini Man” flopped at the box office. Even “Transformers,” Paramount’s longtime moneymaker, wasn’t able to find new steam with the release of “Bumblebee” last winter.

After a 2018 in which the leadership of CEO Jim Gianopulos gave Paramount a much-needed surge in box office grosses, including two $150 million-plus domestic grossers, Paramount has yet to release a film this year that’s made over $100 million in North America. It’s a reminder that if this studio is to return to the success it enjoyed at the start of this decade, there’s still a long way to go.

Jana Schmieding on Her ‘Rutherford Falls’ Breakthrough: ‘It Took Another Native Woman to See My Value’