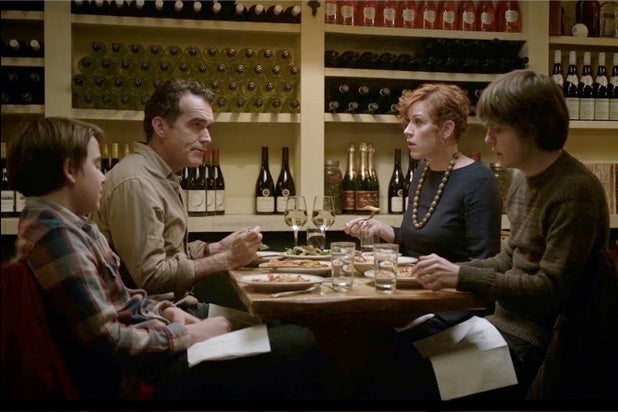 Long before I made my first feature, this month’s “All These Small Moments,” I worked in the art department on such films as “Indignation,” “Precious” and “The Fighter.”

My first art department job was on the movie “Beer League” starring Artie Lange. I got the job because a production designer I know, Kelly McGehee, asked me if I knew any art department coordinators. I had no idea what the job entailed but that never stopped me before. I told her I was available to do it, and I was able to get the producer to write a letter to the union to approve me.

Working on the look of a film has given me a fresh perspective on the filmmaking process as I’ve begun to write and direct my own projects. Here are just a few of the lessons I’ve learned in the trenches.

1. The location may not be exactly what you had in mind… get over it.

I had a scene in my film “All These Small Moments” in which the father, after being shunned from the home, has a disastrous time trying to take his kids out to dinner. They convince him to come back with them for eggplant parm leftovers.

As much as we tried, we weren’t able to find this type of backyard/window set up. I’m sure it exists, but we didn’t have the time or money to find it. Of course I was discouraged but then, my production designer Meredith Lippincott and I started to put our heads together and began to start sentences with “What if…”

We ended up finding a brownstone with a sort of metal platform with stairs leading down to the ground. We added a few potted plants, and some patio furniture to make it feel more lived in, and from there I was able to re-stage the scene, which ended up being much better than what I had originally conceived.

One day soon, you’ll be on the set of your big-budget film and your AD will ask, “What are we gonna see?” And you’ll respond, “Everything, we’re going 360 degrees on this bitch.”

But until then, you will most likely be working on a smaller scale and your options for locations will be limited. The best thing you can do to help your art department, and in turn your producers, is be strategic with your shots.

If you plan ahead and tech-scout, you can discuss what direction you are going to shoot in. Then the art department will only need to dress a portion of the room. You win and your producers win.

Along those same lines, if a space is too big or you need to imply there is an additional room that actually isn’t there, you can opt for a wall or door plug, respectively. This is basically a flat that you can paint or wallpaper to match the rest of the room, to make it appear that it’s where the room ends. If you need a door, you can build a door into the flat and, voila!, you have a two-bedroom apartment.

This may sound expensive but plywood is not pricey and you can buy a door (or a sink, a toilet or window) from various recycle centers like Big Reuse that are very entertainment-industry friendly.

3. Window treatments and practical lights are your friends.

You will soon discover that the production designer and DP spend much of their time with their heads together. All departments work very closely but especially these two. If you ever listened in, you’d be guaranteed to hear the word “sheers,” probably more than once.

If soft diffuse lighting is your goal, then window sheers can be a very useful tool to diffuse the daylight and allow the windows to bloom. Translucent white and off-white window treatments allow an additional softening effect and can bring a dreamlike quality to the set.

Conversely, using opaque curtains to limit the sunlight can create more contrast. Either by creating shafts of hard dramatic light or intentionally making it darker on set by keeping the curtains mostly closed. Similarly, the design team can work with the DP to strategically place practical lights (decorative lights) to create a mood on set instead of having to use set lights.

Especially now with everything you can do in post, you don’t need as much heavy rental lights. You can simply get your lighting at West Elm.

Also Read: Indie Distributors So White?: How Lack of Diversity Impacts What Films Get Released

4. If you ask them, people will give you free stuff.

Companies are dying to put their products in your movie. You’ll find that many companies are down with the indie film struggle, from Q-tips to condoms to tomato sauce. All you have to do is ask.

There are several ways to do this. You can reach out to companies directly and tell them why you think partnering would be beneficial. In my film, we worked with some amazing local Brooklyn artisans and showcased beautiful pottery and quilts while saving money.

You could also reach out to a company like Aim Entertainment that represents several clients interested in placing their products in films. They will break down your script and find the right products for individual scenes. You’d be surprised how fast coffee makers, sugar and ketchup add up.

Be forewarned, many times a company will only play ball if you have a big name actor, but I’ve found that if your passion comes through and your ask is clear, people will want to help, even if it’s just for social media posts or some sort of mention in the end credits.

Also Read: How to Be a Hollywood Multihyphenate in 5 Easy Steps (Guest Blog)

5. Everything can be solved with Joe’s Sticky Stuff and a great big ball of tape

If all else fails, a giant tape ball and a bit of Joe’s Sticky Stuff can be your savior. If you want to put framed artwork on the walls but your DP rails against the glare, you can gimbal the painting — hang it at an angle to lessen the glare — by sticking a literal ball of tape under the painting until it angles just enough to lose the glare.

In most locations, you won’t be able to drill holes in the wall or have the money to restore any holes you make. Enter Joe’s Sticky Stuff, which is strong enough to keep artwork from falling down in the middle of a take, but comes off clean without ruining the location’s walls.

And finally, stop asking the art department if they “just found it this way.” They didn’t! They worked their asses off to make it seem that way.

Miller’s “All These Small Moments” opens in theaters on January 17, and on demand and digital HD the following day.

View In Gallery
BIO Melissa B. Miller
Melissa B. Miller is a writer/director whose first feature, "All These Small Moments" starring Molly Ringwald and Brian d%u2019arcy James, had its world premiere at the 2018 Tribeca Film Festival. She came up through the studio system, working with industry leaders at 3 Arts Entertainment, New Line Cinema and Universal Pictures. She worked in the art department on such award winning films as "Indignation," "The Fighter," "Precious" and Barry Jenkins' %u201CIf Beale Street Could Talk." She also produced "The Tested," starring Aunjanue Ellis, Armando Riesco and Frank Vincent, which took home top prize at the American Black Film Festival.

Melissa B. Miller is a writer/director whose first feature, "All These Small Moments" starring Molly Ringwald and Brian d%u2019arcy James, had its world premiere at the 2018 Tribeca Film Festival. She came up through the studio system, working with industry leaders at 3 Arts Entertainment, New Line Cinema and Universal Pictures. She worked in the art department on such award winning films as "Indignation," "The Fighter," "Precious" and Barry Jenkins' %u201CIf Beale Street Could Talk." She also produced "The Tested," starring Aunjanue Ellis, Armando Riesco and Frank Vincent, which took home top prize at the American Black Film Festival.