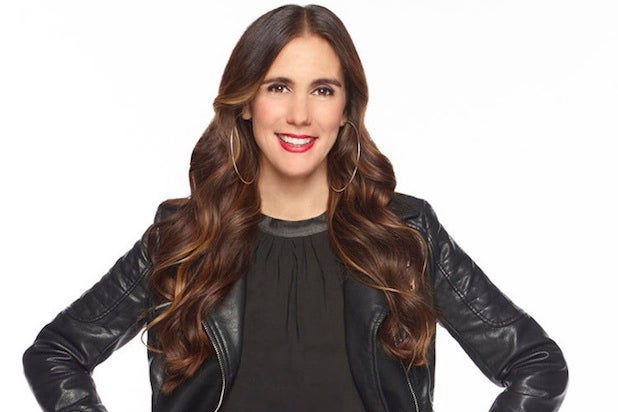 Entertainment publicist Jaime Primak — the star of new Bravo series, “Jersey Belle” — is a force to be reckoned with.

Aside from a sparkling, offbeat personality, the New Jersey-raised, former L.A. resident opens the door on the world of entertainment publicity for viewers. That would be enough for a show in itself at Bravo, but Primak seems to specialize in complexity. In love, Primak moved to Alabama and still runs her career out of an upscale suburb named Mountain Brook.

“I think the real story is that I am letting people see the elite South through the eyes of a Yankee,” Primak told TheWrap. “Most people have no idea about this culture, how serious they take this culture. It’s like a big deal for them. Manners and etiquette, they send their girls to etiquette school, charm school and finishing school … These are people trying to preserve a specific culture.”

Now married and raising three kids, viewers will learn that as much as the show focuses on Primak and how well she maneuvers through the complicated Southern social rules, the show is also about how her Mountain Brook friends relate to Primak in a cultural exchange that can be both educational and comical.

After meeting Primak in Los Angeles recently, here are the five things TheWrap learned about the new Bravo star:

1. It wasn’t love at first sight with her husband. Although she ended up moving to Alabama for Michael Sullivan, Mountain Brook’s “most eligible bachelor,” Primak wasn’t instantly impressed. The two first met at a café in Alabama.

“We chatted for a little while and then he asked for my number and I was like, no, you’re too old, but that’s cute,” she remembered. “And I went on my way.”

It would take another visit a year later and a second coincidental run-in with Sullivan before something sparked. Even then, she played hard to get. Primak said she’d go on a date with the Southern gentleman if he figured out her phone number.

“The bartender ended up calling me over and saying that there was a problem with my credit card and that he needed to verify,” she said. “So, he needed the last four digits of my social and my cell phone number. And I was like OK, alright.”

2. She’s an old school hip-hop fan. “Like, I love hip-hop … old school … and these girls don’t know anything about it. So, I introduced them to KRS-One and Salt-n-Pepa. I wanted them to understand that there’s a whole flavor out there. You just got to open up your mind and sort of see past the Dixieland delight, I guess.”

3. She’s part Italian. This combo presents challenges between Primak and her friends. For example, they don’t understand her desire to bring a lasagna to parties. “I grew up with an Italian mother. You bring a lasagna everywhere.” They also have no idea what a cannoli is.

4. And she’s Jewish. “I grew up Jewish. These girls don’t have a clue about the culture. For me, it’s like how do you not know what a dreidel is?”

5. She would only do the show for Bravo. When Primak was ready to pitch her show idea, she tracked down Authentic, the production company behind Bravo’s “Flipping Out.”

“I said, ‘Lets define what ‘Jersey Belle’ is and as long I can not only star in it, but also produce it I will do it. But, I will only do it with Bravo. Those were my stipulations,” she said.