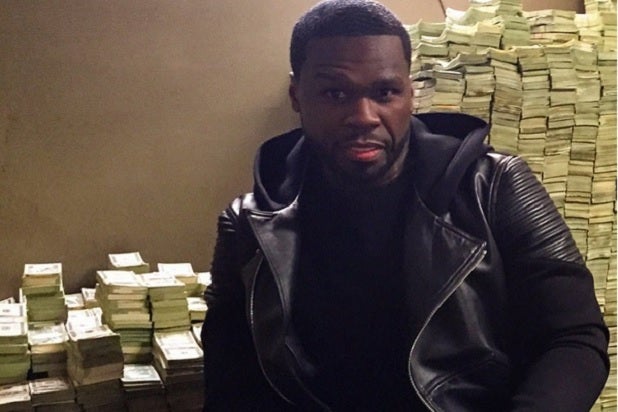 50 Cent is apparently in the money again.

The “Get Rich or Die Tryin'” rapper fired up his Instagram account on Wednesday, after a judge granted his financial reorganization plan in his bankruptcy case.

“Oh, now I remember where I put that money,” the rapper wrote, adding, “LOL.”

Also Read: 50 Cent Arrested for Cursing in the Caribbean

50 Cent, whose real name Curtis Jackson III, filed for bankruptcy shortly after being slapped with millions of dollars in damages for posting a sex tape online.

Under the plan, Jackson will pay out a little over $17 million to Sleek Audio, which sued the rapper for allegedly misusing proprietary information after a business deal with him went south.

Jackson has also agreed to pay out $6 million to Lavonia Leviston, the woman featured in the sex tape that he posted online.

During the bankruptcy proceedings, Jackson was called to task for posting photos of himself posing with stacks of cash. In one instance, Jackson used the stacks to spell out the word “Broke.”

????oh now I remember where I put that Money. LMAO #EFFENVODKA #FRIGO

Asked to explain the photos by the court, Jackson claimed that he had posed with “prop money,” and that the photos were important to maintaining his brand.