Once certified, Condé Nast Union will represent one of the largest groups of workers under NewsGuild.

Their stated motivation: Tackling “low pay, lack of diversity and equity, heavy reliance on contract workers, and absence of clear standards for performance evaluation and career development,” according to the Guild’s release Tuesday. The union is demanding voluntary recognition from management. 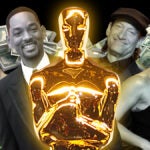 Also Read:
How Much an Oscar Is Worth to This Year’s Winners

NewsGuild says the union, once certified, will become one the largest units in recent history with more than 500 workers in all. Other Condé brands have been organizing since The New Yorker made its union push in 2018; workers there were joined the following year by colleagues at Ars Technica and Pitchfork, and in 2020 by those at WIRED.

“The George Floyd protests of 2020 ignited a company-wide reckoning over race and equity, beginning with Bon Appétit, and sparked long-overdue conversations about the lack of equity in the workplace and the need for substantive changes, which were found to be widely felt across the brands,” the guild said in a press release.

Said Kaylee Hammonds, Senior Manager of Social Media at Epicurious: “The current workplace culture at Condé Nast allows many people of color and women to be consistently silenced by management. It’s no longer enough to play-act a commitment to diversity, or apply bandaid solutions to issues of discrimination. We’re unionizing today across the company so that this hypocrisy that currently thrives at Condé Nast can be remedied.”

Said a Condé Nast spokesman Tuesday: “Today we were informed that some members of our Condé Nast teams are intending to form a union. We plan to have productive and thoughtful conversations with them over the coming weeks to learn more.”

The union says it delivered a petition to management on Tuesday morning, and has requested voluntary recognition of the New York Guild as their representative.