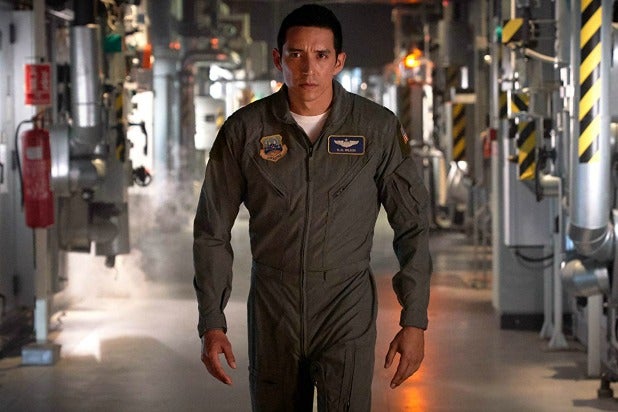 “Terminator: Dark Fate” is a strange situation. It’s a franchise movie that wants to pretend most of the franchise didn’t actually happen. It wants to pick up directly from “Terminator 2: Judgment Day,” and just ignore “Terminator 3,” “Salvation” and “Genisys.”

But for a movie that wants to write off several of its predecessors, it’s interesting that it it seems to so liberally borrow from them. When I watched “Dark Fate” I couldn’t help but notice how much of the film is taken from the previous five movies. So while James Cameron and producer Tim Miller might be trying to make you forget half the franchise, it actually did a much better job of reminding me of those movies.

So let’s get into the nitty gritty. I’m going to largely focus here on the big things, because I’ve only seen the movie once and I’m sure there’s even more stuff I missed or have forgotten. But the big things are enough. Trust me. So let’s take a look at the biggest things that “Terminator: Dark Fate” from each of the other five “Terminator” movies.

“Dark Fate” is really just a rehash of the first movie, with exactly the same plot. In the future an evil AI blows up the world and then fights a protracted war against the human survivors, which it loses. At the end of the war, that AI sends a Terminator back in time to prevent the leader of the resistance from ever becoming the leader of the resistance, and the resistance sends somebody back to fight that Terminator. The whole thing is a closed time loop with a predestination paradox — the resistance leader chooses the person who they remember from the past to try to maintain the continuity.

That would be normal and fine if this were a reboot, but it’s not — “Dark Fate” is a sequel, taking place in the continuity established by the first two movies, and it has Sarah Connor in it. So it’s a little bit odd for it to so specifically rehash the first movie.

The main bit that “Dark Fate” takes from “T2” is that Sarah basically goes through the same relationship arc with the T-800 all over again. She hates him and wants to kill him at the beginning, but then by the end they’re bros. This is a pretty frustrating thing to rehash.

“Terminator 3: Rise of the Machines”

So the bad guy in “Dark Fate” is a Terminator Rev-9 (Gabriel Luna) who has a liquid metal skin over a regular hard metal endoskeleton, which allows it to shapeshift. Back in “Rise of the Machines,” the villainous T-X (Kristanna Loken) also had a liquid metal skin over a hard metal endoskeleton which allowed it to shapeshift. The only difference between the two is that the new Rev-9 can separate the skin from its body and act as two units at once.

We’ve actually got a second major item from “T3.” It and “Dark Fate” both include an Arnold Schwarzenegger Terminator who teams up with the good guys after murdering John Connor. In “Dark Fate,” it’s a Terminator who killed John in the ’90s after “T2.” In “T3” the Terminator had killed him in 2032 before being captured by the resistance and sent back in time.

In “Dark Fate” we have Grace (Mackenzie Davis), a woman from the human resistance in the future who volunteers to become an “augment” — a human who is implanted with Terminator tech. We have, of course, seen this exact thing before, in “Salvation.” Marcus (Sam Worthington), the main character in that movie, is a human who was turned into a Terminator-like thing by Skynet. Both Grace and Marcus are still the same people they were before, just now with machine parts inside them. Which is to say they aren’t computer people who can be controlled by the bad guys or whatever. John Connor in “Genisys” is a similar situation, but he lost his free will and was all nano parts after so it’s really a different thing.

Also Read: 36 Most Anticipated Movies of Fall 2019, From 'It Chapter Two' to 'Star Wars: The Rise of Skywalker' (Photos)

The entire central conceit of “Dark Fate” is more or less lifted directly from “Genisys.” The parallels are so obvious that I was honestly kind of amazed sitting in the theater.

So the best thing about “Genisys” is that it embraces the jumbled continuity of the franchise by running with the idea that every time Skynet sends a Terminator back in time and the human resistance sends somebody back after them it creates an alternate timeline. Skynet would seem to be learning from this endless sequence of time loops, and it rebrands as Genisys and goes online much later than it had in the previous movies.

“Dark Fate,” meanwhile, runs in directly from “T2,” in which Sarah Connor (Linda Hamilton) and her son John (Edward Furlong) blew up Cyberdyne HQ and allegedly ended the Skynet threat permanently. But it turns out that Judgment Day happened anyway decades later, thanks to a supposedly different military AI called Legion. Nobody in this movie really gets into the details or even seems to care about the similarities. Everybody’s just like, “Well, that’s unlucky.”