If we’ve learned anything this weekend it’s that mixing Tyler Perry‘s popular Madea character with ghosts is a winning combination.

The writer-director-star of “Boo! A Madea Halloween” brought down the box office this weekend with an estimated $27.6 million as his latest installment in the comedy series opened in theaters.

The Lionsgate movie blew away initial estimates by roughly $10 million, emerging as the top performer ahead of Paramount’s Tom Cruise vehicle “Jack Reacher: Never Go Back” — which was initially expected to debut at No. 1.

The Halloween-themed “Madea” movie is the third highest-grossing of the series, behind 2009’s “Madea Goes to Jail” and 2006’s “Madea’s Family Reunion.”

Here are 6 reasons why “Boo! A Madea Halloween” over-performed:

Now seven movies in, the typically modestly budgeted “Madea” series has grossed nearly $400 million domestically in total. Fans often had to wait a year between new installments, but the latest Halloween-themed “Madea” movie comes three years after 2013’s “A Madea Christmas.” “There was pent up anticipation to see the film,” David Spitz, president of domestic theatrical distribution at Lionsgate, told TheWrap on Sunday. 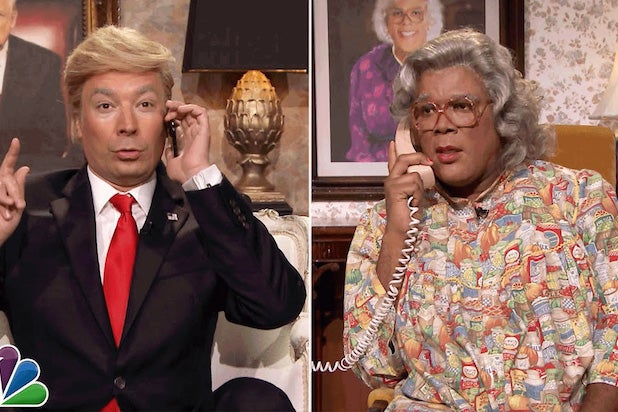 Bella Thorne, Yousef Erakat, Liza Koshy, Diamond White and Brock O’Hurn, who all appear in the film, promoted the movie to their combined fanbase of 100 million on social media, participating in fan Q&As and more. Other social media influencers who appeared in the film were Lexy Panterra, Jimmy Tatro, Kian Lawley, Jc Caylen and Mike Tornabene.

4. The Timing Was Right

Beyond the fact that the holiday-themed comedy came out a week before Halloween, the paranormal aspect of its storyline couldn’t have been better timed, given the popularity of scary summer movies, including “Don’t Breathe” and “Lights Out.” Moviegoers spent the summer getting scared by ghosts, and now with Madea fighting ghouls, audiences were ready to laugh at the spooky genre. Also, there aren’t a lot of other comedies in theaters right now, clearing the way for Madea domination.

The first indication that “Boo! A Madea Halloween” is a crowd-pleaser was in its A CinemaScore, given by audiences surveyed on opening night. Early audiences very likely recommended the title to friends and family, given its 24 percent Friday-to-Saturday increase in box office grosses. That percentage increase is on the high end of Perry films, according to Lionsgate’s Spitz.

6. It Appeals to a Diverse Audience

Exit polls indicate the title has crossover appeal as 60 percent of audiences this weekend were African American and the other 40 percent were Caucasian, Asian and Latino. In the past, “Madea” movies attracted mostly black audiences — around 80 to 90 percent, typically, according to Lionsgate.

Where does ”A Madea Homecoming“ rank in the Madea Cinematic Universe?