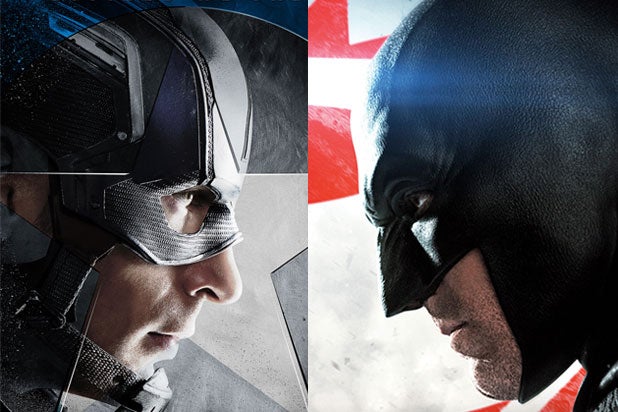 “Captain America: Civil War” is quickly closing in on $1 billion, earning $940.9 million in global box office returns as of its third weekend in theaters (and only second domestically).

The Disney-Marvel sequel has decidedly overshadowed Warner Bros.’ “Batman v Superman: Dawn of Justice,” which has brought in only $868.8 million worldwide in eight weeks.

On appearances alone, both films have the same things going for them: A cavalcade of superstar comic book heroes, the most famous of whom get swept up into a good guy-versus-good guy fight.

So why is the Cap sequel so much more popular among moviegoers than “BvS”? Here are six reasons:

2. Social Love (Not Hate)
Bad reviews for “BvS” opened the door to wider criticism on social media — and from many who hadn’t yet even seen the film. The Zack Snyder film became the movie to hate. And a meme making fun of a sad-looking Ben Affleck during a press interview for the film was partly to blame. The only drama on Twitter surrounding “Civil War” has been the extreme excitement surrounding it, dating back to when bloggers tweeted unanimous praise after an early screening.

3. More Excitement Among Moviegoers
“BvS” earned a B CinemaScore, considered quite low — especially for such a star-packed, big-budget title. But the grade measuring audience anticipation was a solid A for “Civil War,” showing genuine passion among ticket buyers.

4. Iron Man Is More Fun.
Representing the most successful Marvel franchise, the addition of Robert Downey Jr. as Iron Man added to the appeal of the sequel almost exponentially. Let’s face it, RDJ has a loyal, massive following with his motormouthed billionaire superhero. Ben Affleck also plays a wealthy guy who suits up to fight crime, but his Batman didn’t come in with Iron Man’s proven track record — or his witty banter.

5. Spidey and Black Panther
Sure, Wonder Woman, Aquaman and Supes’ nemesis Lex Luthor were introduced to the DC cinematic world with “BvS,” but they just didn’t compare to the debut of Marvel-Disney newbies Black Panther (Chadwick Boseman) and the younger, spunkier Spidey that Tom Holland brought to viewers.

6. Epic, Fun Fight Scene
It’s the thing that online journalists couldn’t stop tweeting about after early screenings, also most-mentioned in the film’s glowing reviews: The climactic infighting scene between Cap’s camp and Iron Man’s followers lived up to the hype. Featuring punchy lines, surprise cameos, and a whole lot of lighthearted fun, it proved to be much more of a crowd pleaser than the brooding battle between Batman and Superman.