Hear me, members of the coven. A new moon is rising on these November nights, a new day will dawn across the land — and the “Twilight Saga” is doomed.

Yes, we’ve seen the frenzy “Twilight” causes. We know that the conventional wisdom is that “New Moon” will outperform the first “Twilight” film — which made almost $384 million worldwide and $168 million on DVD. But there’s more going on than meets the eye.

Heed our warning now. In the long term, the "Twilight” saga has a stake through its heart. Here are 6 (66) reasons why …

1. IT’S BORING.Peel off the PR and the fact is the books are badly written. As “New Moon” proves all too well, nothing happens in the movies. The characters are caricatures, with Bella Swan as a nightmare needy girlfriend, Edward Cullen a total cold fish and Jacob Black as an alluring but emotionally insecure werewolf. There’s pointless plodding for plot. This isn’t even soap opera — it’s just suds with no opera. 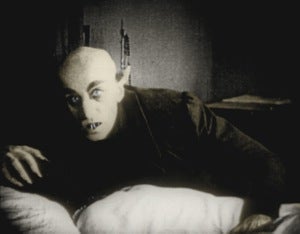 Want to see a good sexy vampire movie full of passionate love, longing glances and suffering souls? Take the advice of Lauren Bacall. The legendary actress, who knows a thing or two about movies and true love, told her granddaughter earlier this year, after watching the first “Twilight,” about the real-deal undead. It’s called “Nosferatu.” It came out in 1922. Watch it.

Robert Pattinson is not actually on screen for much of “New Moon.” The sequel is really about the growth (or lack thereof) of Bella Swan, played by Kristen Stewart and her hair, when Pattinson’s Edward Cullen leaves her to save her, and about her budding romance with the devoted Jacob Black. And, yet, it is Pattinson’s star power that drives the marketing of the movie. Expect mucho disappointment.

What’s more, Pattinson — who as an already 100-year-old vampire is not supposed to age — is at 23 already looking too old to play a teenager. He doesn’t even have, say, the height advantage that keeps Daniel Radcliffe believable in the "Harry Potter" franchise. 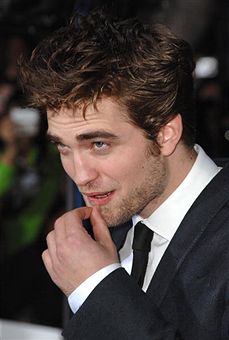 What’s more, given all the acclaim being thrown his way, by the time the fourth (or fifth?) "Twilight" book is ready to be filmed, Pattinson will clearly hope to be deep into a career following the path of Leonardo DiCaprio, who went from “Titanic” to being Martin Scorsese’s main man.

Of course, you have to have some degree of acting range to pull that off. And if Pattinson’s inarticulate inability to open an envelope, let alone a film on his own — see “Little Ashes,” oh, that’s right, nobody did — is any indication, the future for the actor might be best prophesied in two words: Mark Hamill.

3. A CHRIS IS NOT A CATHERINE.

She may overdo it with the handheld camera and be a bit flat in her setups, but director Catherine Hardwicke certainly brought an intimacy and, as the baseball game scene deftly displays, a sense of urgent style to the first “Twilight” flick. 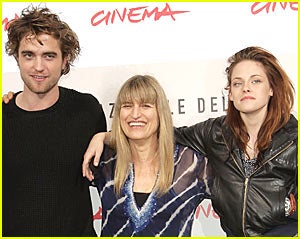 Hardwicke delivered Summit an almost $70 million opening weekend in November 2008, helmed all the original elements in what is the franchise’s formula and helped craft the movie’s multi-platinum soundtrack. She also transformed boozy Brit Pattinson into author Stephenie Meyer’s vision of "the most beautiful creature who has ever been born."

Now, there’s a lot of leading man you can get out of a new hairstyle, a personal trainer and great lighting — but you can’t get heart if you can’t inspire it, and Hardwicke did just that. 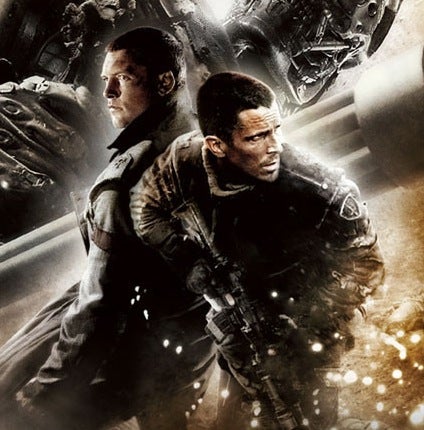 So what does Summit Entertainment do? It weirdly replaces Hardwicke with “American Pie” and “Golden Compass” director Chris Weitz.

4. MOVIE MATH.
Both critically and at the box office, almost all blockbuster franchises have a built-in law of diminishing expectations. With two more “Twilight” books, “Eclipse” and “Breaking Dawn,” still slated, Summit may be thinking it’s got a “Harry Potter” on its hands. We’re thinking "Planet of the Apes."

In fact, “Harry Potter” has never pulled a bigger rabbit out of a hat than the almost $975 million the first 2001 film has made. The "Saw" flicks, which are up to "VI" with this year’s release, are cutting less box office cloth with each sequel. Despite his sterling reputation, “James Bond” doesn’t always shoot to kill at the box office and, as the shriveled sales of 2002’s “Episode II: Attack of the Clones” showed, the Force hasn’t always been strong with “Star Wars.” And from James Cameron’s 1984 original and onward, the “Terminator” franchise seemed to be a self-perpetuating money machine. 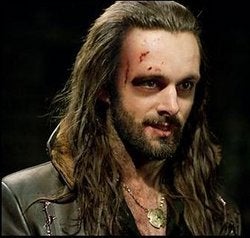 But, as “Terminator Salvation” star Christian Bale and director McG sorely discovered when their flick flopped, franchises, like machines, do indeed run out of gas.

5. MICHAEL SHEEN.
He does a great Tony Blair and a reasonably OK David Frost … but sorry. If you put him into a bloodsucker blockbuster, as the producers of “New Moon” have done as vampire elder Aro, you’ve given up the good fight. It becomes just another formulaic flick like the “Underworld” series Sheen has starred in with his ex, Kate Beckinsale. And, as the failure to break $100 million that “Underworld: Rise of the Lycans” had earlier this year reveals, that is not a bark-at-the moon strategy for success.

When the teen queen of bland says, “I don’t like it … don’t even talk about it,” as Miley told a Cleveland radio station this week about “Twilight” and the release of “New Moon,” you know you’ve lost the heartland.