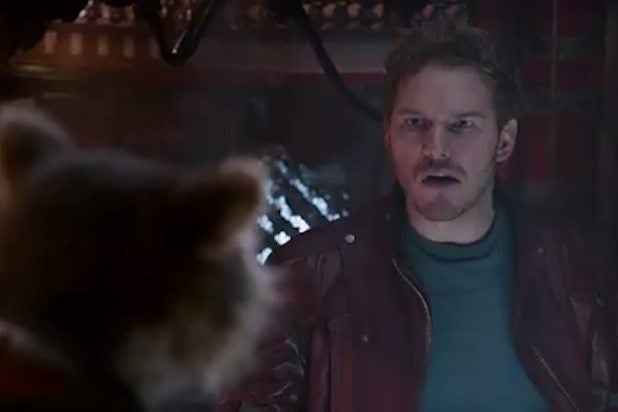 “Guardians of the Galaxy” shocked the analysts with its $94 million opening this weekend, about $20 million more than they had projected.

Disney and Marvel’s superhero space romp — devoid of the well-known characters like Thor, Captain America and Iron Man who made up the Avengers — posted the biggest August opening of all time. And it came in a summer that was in a major slump, running nearly 20 percent behind last summer’s record-breaking box office.

Also read: What’s Next After ‘Guardians of the Galaxy': 11 More Offbeat Marvel Heroes Who Deserve Their Own Movies

How the heck did Peter “Star Lord” Quill and his rag-tag collection of space misfits pull off the season’s biggest stunner?

There were several factors:

Marvel Matters
The strength of the brand is undeniable and the massive opening for a film based on obscure characters few in the mainstream had ever heard of stands as testament to that. “This is Marvel’s universe, and it seems like everybody else is just playing in it,” said Rentrak’s senior analyst Paul Deragarbedian. He said that in April, before the opening of “Captain America: The Winter Soldier, and before “The Amazing Spider-Man 2” and “X-Men: Days of Future Past” stormed to No. 1 debuts. It’s never been more true.

The Comic-Con Bump
When Marvel announced a 2017 sequel to “Guardians at last weekend’s fanboy extravaganza in San Diego, it set visions of “Avengers” crossovers dancing in the minds of the true Marvel faithful. Greatly motivated, that crowd turned out in force on Thursday and delivered a 2014-best $11.2 million. That translated to a $37.8 million Friday. They gave the movie an “A” CinemaScore and quickly spread the word on social media. “”They were tremendous ambassadors for us,” said Disney distribution chief Dave Hollis.

The Comedy Gamble Paid Off
The frequently wacky and often wry tone of “Guardians” connected with critics and the moviegoers, both of whom gave it their highest marks. It walked a fine line between delivering as a superhero movie for the faithful, while poking plenty of fun at the genre. “This really is the perfect mesh between “The Avengers” and the “Star Wars” franchise,” said Exhibitor Relations vice-president and senior analyst Jeff Bock. It seems like a great call now, but adding loads of laughs into a $170 million superhero movie filled with unknown comic book characters was no lock to work. “Marvel’s creative committee headed by Alan Fine deserves kudos for taking chances on new ways to tell Marvel stories,” Hollis said.

The “Parks and Recreation” star is on a box-office roll, having provided the voice for one of the year’s earlier hits as Emmet in “The LEGO Movie.” He has an unassuming quality that made him a perfect counter to Chris Evans‘ Captain America and Chris Hemsworth‘s Thor, and he seemed to relish promoting the film in myriad guest appearances. Pratt set the tone for a film that was original but not at all slick. “It had an earnestness that people really appreciated,” said Greg Foster, president of IMAX. Pratt will be back for the sequel of course, and also be in next summer’s “Jurassic World.” And let’s not forget about all the work he did on those abs.

The Summer Slump Actually Paved the Way
There have been hits like “Transformers: Age of Extinction,” “X-Men: Days of Future Past,” “Godzilla” and “Dawn of the Planet of the Apes,” and surprise breakouts like Scarlett Johansson‘s “Lucy” and low-budget tear-jerker “The Fault In Our Stars.” But nothing captured cultural consciousness in the way that “Guardians” has. “We came into the weekend knowing that momentum had been a question,” Hollis said, “and we didn’t know if that would work against us. But this was something fresh, and people were ready to come back to the theaters.” The slump — and moviegoers’ appetite for something different than the sequels and superheros that dominated earlier — had to give “Guardians” a boost.

The Mix Tape
Seventies pop classics like 10cc’s ‘I’m Not In Love” and Blue Swede’s “Hooked on a Feeling” provided the soundtrack and were a key plot line throughout “Guardians.” Those songs struck a chord with older moviegoers and made what was in part a poppy space opera more appealing to mainstream audiences. Fifty-five percent of the opening weekend audience was 25 years of age or older, which means it wasn’t just fan boys. A lot of them were tapping their feet to the Five Stairsteps’ “O-o-h Child.”

The Big Picture
“Guardians” played in an August record 4,080 theaters, and got a big boost from premium surcharges at the roughly 3,200 locations offering 3D, as well as 354 IMAX theaters and about the same number of Premium Large Format theaters. IMAX theaters alone delivered an August-record $11.7 million, or roughly 12 percent of the domestic total. PLF brought in eight percent and the combined 3D total was a whopping 45 percent.