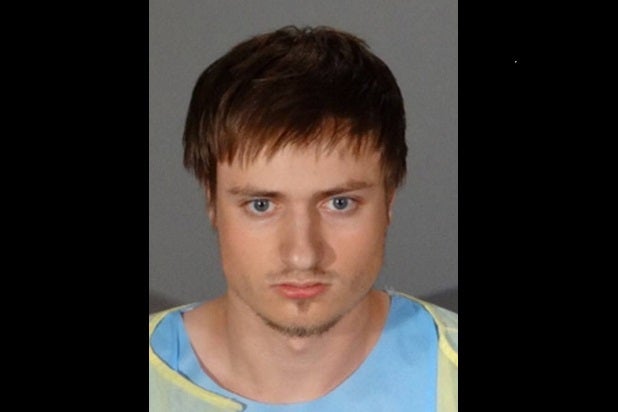 One day after the 20-year-old Indiana native was arrested in Santa Monica while en route to the even in West Hollywood, facts about Howell are surfacing, though city police told TheWrap that his motives and intentions still remain unclear. The suspect was arrested after a resident notified the Santa Monica Police Department of his suspicious behavior, including loitering and knocking on doors.

Howell’s now-deleted Facebook profile depicts a young, white male who loved cars and held several jobs, including one in which he, like Mateen, worked as a security guard. A number of his posts were anti-Democrat/anti-Hillary Clinton, the latest being a post comparing the presidential candidate to Adolf Hitler.

See eight facts we know about Howell below.

The “harm” statement was inaccurate, said police chief Jacqueline Seabrooks, the source who originated it.

Instead, Howell said he merely wanted to attend the event.

Police found three assault rifles, high-capacity magazines, ammunition and a five-gallon bucket filled with chemicals capable of “being formed into an improvised explosive device” in Howell’s car after a resident notified police of his suspicious behavior, including loitering and knocking on doors.

3. His car displayed NRA marks on it

4. Howell was transported to L.A. County Jail, will be arraigned tomorrow

Rodriguez told TheWrap that Howell was transported to the L.A. County Jail, and will be arraigned tomorrow on three state charges.

Rodriguez also added that the Santa Monica Police Department is still waiting to hear from the FBI on whether there will be federal charges. This is a joint investigation.

According to the Los Angeles Times, Howell’s friend Joseph Greeson said it had been days since Howell was last seen by his family, and that they had called Greeson to look for him.

6. He was bisexual, not anti-gay

7. He was on probation

According to ABC7, Howell was arrested on Oct. 15 after he threatened to shoot his neighbor in Indiana with a .44-caliber Smith and Wesson. He was allegedly charged with a felony for pointing a gun and a misdemeanor for intimidation. He was sentenced to one year of probation after pleading guilty to the lesser charge.

According to the Indianapolis Star, part of his probation included having to “forfeit all weapons” during the one-year period.

8. Howell has at least four firearms

“He likes his guns,” Hambrick said.