Bleecker Street has acquired the U.S. rights to “892,” a thriller starring John Boyega and Michael K. Williams that made its premiere in competition at Sundance.

Abi Damaris Cobrin directed the film that won the Special Jury Prize for an Ensemble Cast at Sundance. Bleecker Street is planning a theatrical release for the film later this summer.

“892” is based on a true story of a former U.S. Marine Brian Brown-Easley, who after his disability check failed to materialize from Veterans Affairs and he found himself on the brink of poverty, went into a Wells Fargo Bank and announced “I’ve got a bomb.” 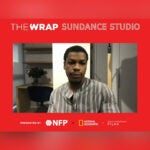 Corbin co-wrote the film along with Kwame Kwei-Armah, who is the artistic director for the Young Vic in London. 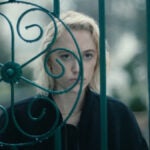 “We put our hearts and souls into the honest telling of Brian’s story and it is a joy to partner with the team at Bleecker Street, knowing they are committed to do the same,” Corbin said in a statement.

“Abi’s depiction of Brian’s story is an absolutely essential film that we feel deserves the widest possible audience in theaters. It thrillingly delivers an important message and features an incredible performance from John Boyega in addition to the rest of the cast. We look forward to sharing this with audiences across the country,” Bleecker Street’s co-founder and CEO Andrew Karpen added.

The deal was brokered between Bleecker Street’s Head of Acquisitions Kent Sanderson alongside Avy Eschenasy, with WME Independent on behalf of the filmmakers.

Bleecker Street recently released “Mass,” which premiered at Sundance in 2021, and also brought “Summering” from director James Ponsoldt to the festival.