After receiving an Academy Award nomination for his 11-minute short UCLA thesis film "9" three years ago, Shane Acker thought he’d closed the book on his fantastical post-apocalyptic world populated by a civilization of miniature rag-doll creatures. But then the short gained momentum at local festivals and got the attention of some of Hollywood’s biggest tastemakers — including Tim Burton, who went on to produce the full-length film, out in theaters Wednesday and with voicings by Jennifer Connelly, John C. Reilly and Elijah Wood (pictured below).

TheWrap grilled Acker on how he expanded his short into a full-length feature, the state of shorts in Hollywood and his anxiety over working with the legendary Burton.

How did you make a virtual world seem realistic on-screen?

It started with me gathering all these found objects, like gears and gizmos and bolts and screws and using them as raw material. Then I constructed all the characters in a way that, if they were in the real world, they could really function and move. I tried to stay true to the material. I think it has a real tactile, believable quality to it — even though it’s all just virtual.

How did you decide on animation, instead of live action? 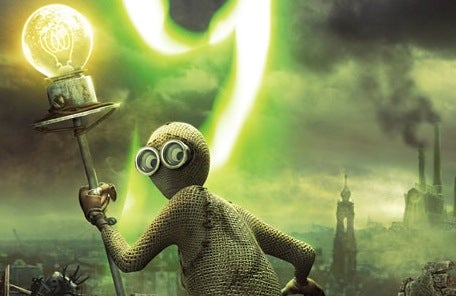 For me, it’s all about the story. Once you have a good story and characters, the discussion becomes, what’s the best medium to present the material in? This story could only be told in the animated medium. We stylized a world in such a way that the only way to make the humans fit in our world was to make them in the computer as well, which was a huge challenge.

Was it difficult to expand upon a project you were finished with?

I come from a design background, I studied architecture for many years, so it just became another design problem and challenge. The fact I was able to expand it from just two characters that are in the short to all nine characters was really exciting. You get to explore what all these different personalities are.

What was the evolution, into a feature film?

It wasn’t very long after it was done and out in festivals. I got an agent at ICM, and he started sending me out into rooms. And he didn’t represent animation film-based directors, so he was just sending me out to everybody. I’d meet people who’d say, "I do low-budget crime drama," and I was like, "Well, I do animation, I don’t know why we’re here together."

One of the people I came across was a producer named Jim Lemley, who had worked at Icon Pictures with Mel Gibson for a long time. He was just really taken by the short. He thought there was something there. 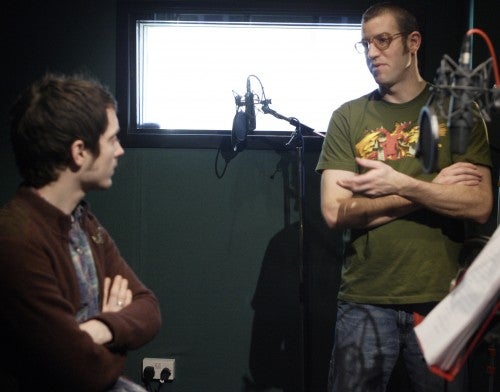 Had you always wanted to turn the short into a full-length film?

Not really. I had just spent four and a half years making it, and I had lived with this monkey on my back, and I was trying to make a living at the same time so I was just excited to be done. But one of the first conversations with Jim was, "Where did the short come from? How did you envision the back story? The world, and the characters?" Talking through that with him he said, "I think we’ve got a feature film right here."

So as I was doing a treatment, he sent the film to Tim Burton’s agent, who fell in love with the short.

OK — you must have been freaking out at that point.

I was just really excited for the opportunity for someone like Tim Burton to see my work. But when he said he really liked the short and wanted to see what we had for the feature, my heart was in my throat.

How hands-on was he throughout the filmmaking process?

He put the whole team together, and he was sort of like a godfather to the project. Every time we’d hit a major milestone, we’d present it to Tim and to co-producer Timur Bekmambetov, and they had a critical distance. It was good to have someone who could step out and say, "Oh, I think you’re losing your direction here."

Short films’ place in Hollywood has been evolving over the past few years — where do you see them fitting into the film industry?

There was a lot of talk early on — because of all the media outlets like handsets — that maybe they’d be a more significant part of things. But I don’t know if that’s come true. For me, shorts are still kind of this wonderful testing ground to try ideas — crazy ideas that you’d never pitch a room. And it’s great that studios like Pixar support shorts and have programs that allow young filmmakers to try different things and then  promote them in major theaters.

I hope there’s a future for shorts. With all the technology trickling down so artists like me can make films in their spare bedrooms and get them out there, I think it’s a really exciting time.