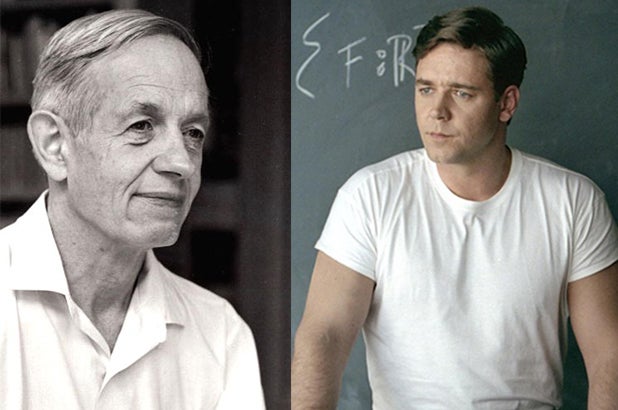 John Forbes Nash Jr., the mathematician whose life inspired the 2001 Best Picture Oscar winner “A Beautiful Mind,” was killed Saturday along with his wife in a taxi crash on the New Jersey Turnpike, according to multiple media reports.

Nash, 86, and Alicia Nash, 82, were riding in the taxi near Monroe Township when the incident occurred, State Police Sgt. 1st Class told CNN.

Nash, a Princeton University mathematics professor, won the Nobel Prize for economics in 1994 for his work in game theory, which came to be known as the “Nash equilibrium.”

His battle with paranoid schizophrenia was at the center of Sylvia Nasar’s bestselling 1998 biography of Nash titled “A Beautiful Mind,” and it was the basis of the hit movie starring Russell Crowe. Alicia Nash helped care for her husband, and the two later became prominent mental health advocates.

Nash and his wife were traveling southbound in the taxi when the driver lost control while trying to pass another car, state police said.

The taxi slammed into a guard rail, and the couple was ejected from the vehicle. They were pronounced dead at the scene.

Nash received the Abel Prize, another top honor in the field of mathematics, on May 19 in Oslo, Norway.

Below is a clip from the movie, directed by Ron Howard and written by Akiva Goldsman: