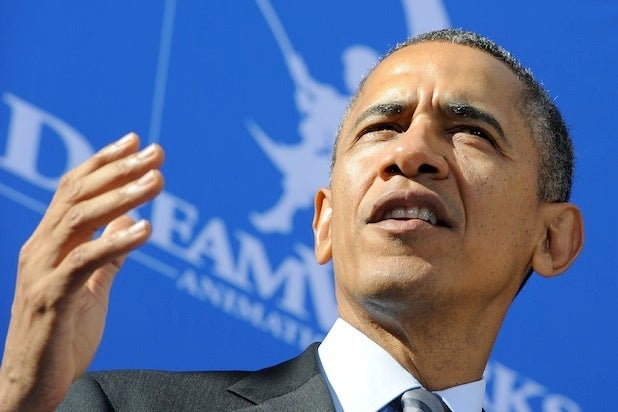 Although I have never been shy about expressing my views regarding politics, it is becoming increasingly clear to me that the culprit in the current scandal of our treatment of our veterans is not about President Obama at all, but something far larger: the political, academic and social culture of the last half century that birthed Barack Obama.

I come to this conclusion after nearly a year of intense research on the part of our team for our upcoming movie “America” which hits theaters this summer. I am often asked if “America” will be another film about President Obama as my last film “2016: Obama’s America” was.

The answer is no. This film isn’t much about Obama at all, for in truth he’s not that important anymore. If pollsters are correct, he’ll be facing a unified wall of opposition from both houses of Congress  after the midterm elections this fall, and despite the predictions of some on the far right, he will not be seeking a third term.

Presidents come and go, but the political and social cultures that nurture them live on for decades. It is that culture that I believe is responsible for creating a disrespect and unconscionable disregard for our veterans that has led to treatment and  the lack of treatment that is almost unfathomable in this the greatest country on earth.

Each day the facts surrounding the V.A. scandal are becoming clearer: The Department of Veteran’s Affairs has been lying to all of us about care that they have been providing to the men and women who have put their lives on the line for this nation.

We may never know the full extent of the damage they have done to our precious veterans but we know many have suffered and maybe even died because of mismanagement and deceit.

Where did this culture of contempt for our men and women in uniform come from? This story is a part of a much larger narrative — a story of the last 50 years of American history and how we changed as a people.

In our film, “America”, we feature Col. John Fer, an American prisoner of war during the Vietnam conflict, who told us that the America he left and the America he returned to six years later were two different countries.

When American troops returned from World War II they were hailed as heroes. When they returned from Vietnam they were spat upon, ridiculed, shamed, derided, mocked and taunted. What changed? We did, because we began to listen to a new narrative about America and we believed it.

A half century later, those who spat-upon our troops-both figuratively and literally-are now in positions of power and influence-in Hollywood, Washington, in academia and yes, maybe even in the offices of VA administrators and their ethos rules. Their actions and inactions speak louder than words.

That new American story had many narrators, but in our movie we highlight two of them and the story they began to tell was the story not of a great and noble country that despite its faults always tried to right wrongs and stand up for the truth, but rather one that was all about conquest, plunder and injustice.

Today our nation is led by men and women who were influenced mightily by those storytellers who told them a new tale of America and nowhere is that result more evident than the V.A. scandal and we need look no further to find an example of this culture of disrespect than our current Secretary of State who showed his contempt for our nation and his own service when he threw away his military service medals.

“I gave back, I can’t remember, six, seven, eight, nine medals,” John Kerry said in a 1971 interview. With men like him in power today, is it any wonder our veterans are suffering? And why hasn’t the Commander-in-Chief stepped up and followed through on his 2008 promises?

This Fourth of July the pushback begins and the lies must finally stop. It’s time to tell a new story. The real story….the true story. To paraphrase a great thinker, its time to stand athwart history and say “Stop!”  Stop telling lies about America. Stop the disrespect of the men and women who built this country. Stop telling lies about our founders and the military actions we’ve taken around the world and about our intentions. And yes, stop the culture that cultivated a callous indifference to the men and women who bled for our freedoms.

The first step to solving the V.A. crisis is to begin telling the true story of America and give our precious veterans the assistance and medical care they so richly deserve. Let’s do it now!