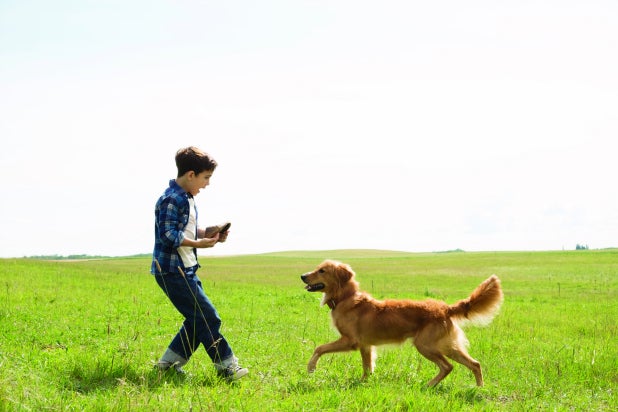 “A Dog’s Purpose” experienced a hiccup when a leaked TMZ video from set appeared to show a dog being forced into rough water — but did that affect the film’s opening weekend?

Amblin Entertainment and Walden Media’s film, being released by Universal Pictures, opened to $18.4 million this weekend. While expectations from the studio had put the film to earn in the high-teens to $20 million range, tracking for the canine-themed movie had dropped from an estimated $24 million when the video was leaked, which sparked a call for a boycott by PETA.

The studio, Amblin and the film’s producers have refuted claims that the dog was abused or injured during the making of the film.

According to the Los Angeles Times, dozens of demonstrators gathered outside the Arclight theater in Hollywood on Friday asking people to boycott the film. Other media outlets reported that protests were planned all over the country, including New York, Washington D.C. and Chicago.

However, an $18 million opening for the film is good, financially, given that it only cost an estimated $22 million to produce.

“All things considered, this can be considered a solid result particularly in light of the firestorm surrounding the film, the PETA boycott and the whole discussion with respect to the movie,” said senior analyst at comScore, Paul Dergarabedian.

And its CinemaScore of A will prompt good word-of-mouth among families and pet lovers and is a strong indicator that the movie is satisfying to its audiences.

So, yes, the film starring Josh Gad, Dennis Quaid and Britt Robertson opened to less than it had been tracking for before the video was published, but the call for a boycott wasn’t the only factor to blame.

“A Dog’s Purpose” may also have been impacted by the sleeper hit, “Split.” The film starring James McAvoy won its second consecutive weekend at the box office, blowing past newcomers “A Dog’s Purpose” and “Resident Evil: The Final Chapter.”

With its solid reviews and stellar opening weekend (where it made $40 million although tracking had suggested it would earn an estimated $22 million), competition for a movie like “A Dog’s Purpose” was stiff. And tracking had been all over the place in the week leading up to the debut of “A Dog’s Purpose.”

“‘A Dog’s Purpose’ wound up with a second place debut of $18.4 million and given ‘Split’s’ incredible staying power, this was likely to be the result irrespective of the controversy surrounding the movie,” added Dergarabedian.

To be fair, Lasse Hallstrom’s animal movie did fare better than other films with that subject matter. For example, 2015’s “Max” opened to $12 million. “A Dog’s Purpose” was never destined to be a mega-blockbuster, and it was inline with openings for animal-lover films like “Dolphin’s Tale ($19.1 million) and “Hotel for Dogs” ($17 million) — both of which were not tainted with any sort of PETA protest or boycott.

Dergarabedian added that it is extremely difficult to measure what sort of impact a video like this can have on box office returns.

To conclude, the leaked video and PETA’s call for boycott did have an impact on the film’s opening, but it was minimal and other factors contributed, like the diluted marketplace.

And the fact that it appeals to the four-quadrants (drawing in audiences of both genders, young and old) and that it is based on the bestselling book by W. Bruce Cameron, the film will most likely have playability over the next coming weeks.