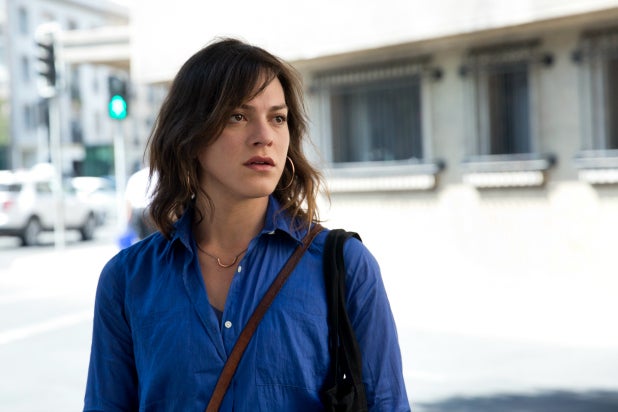 Who gets to grieve? At the core of that question is who we consider fellow human beings, and who we think of as less than. The transphobia in “A Fantastic Woman,” Chile’s worthy nominee for the Best Foreign Language Film Oscar, takes the form of denying sorrow to a trans woman, because the relatives of her deceased older boyfriend are incapable of believing that she could love or be loved.

In their few scenes together, pretty much the only thing we see between Marina (Daniela Vega) and Orlando’s (Francisco Reyes) is their gentle but lusty affection for each other. Marina’s dehumanization — by doctors and police officers in addition to Orlando’s ex-wife Sonia (Aline Küppenheim) and grown son Bruno (Nicolás Saavedra) — is gradually followed by her reclamation of her dignity. It’s a toe-tingling triumph.

Before being cast as Marina, Vega served as director Sebastián Lelio’s consultant on transgender issues for the script. “A Fantastic Woman” is only Vega’s second time in front of the camera, but she’s a natural screen presence, exuding warmth, caution, and determination. Lelio, who previously helmed “Gloria” and “The Year of the Tiger,” co-wrote the screenplay with Gonzalo Maza and later customized it to showcase his leading lady’s talents, like her opera background. Vega’s spellbinding musical performances bookend the film, and her masterful rendition exemplifies the argument for why trans characters should be played by trans performers.

In the days after Orlando’s death, Marina is stoic, or perhaps simply in shock. The drama’s first half is a compassionate if somewhat clinical study of how stereotypes, especially in accretion, can wear a person down. A doctor suspects Marina of battering Orlando; in a twist, a police officer won’t take her word that she was never Orlando’s victim.

Orlando’s brother (Luis Gnecco) understands Marina’s important role in her lover’s life. But the dead man’s immediate family members quickly come after his car, the apartment that the couple shared, even the dog that Orlando gifted Marina. A conversation in a parking garage between Marina and Sonia (who won’t allow the trans woman into her home, or even above ground) grows increasingly heartbreaking as Orlando’s ex-wife sheds her layers of courtesy and decency, ultimately reducing Marina to a “complication” and a “perversion.”

The more Marina accommodates, the more Orlando’s relatives take. Marina’s patience isn’t superhuman — we regularly see her punching a boxing target at the end of a long day — but, in a canny move, Lelio largely hides his protagonist’s frustration from us so we’ll grow indignant on her behalf.

Eventually, Marina begins to assert herself and her right to grieve in the film’s more dynamic, fleshed-out latter half. While tracking down the locations of the wake and the funeral (from which she’s been barred by Sonia), Marina searches for the site of a locker that holds “evidence” that her boyfriend truly loved her. Her earlier compromises give way to a raw outrage and poignant touches of surrealism that underscore the unreal circumstances of her loss. Marina continues to see Orlando wherever she turns, and performs for his apparition a spangle-filled dance sequence in the club where she seeks a night’s escape from her melancholy.

But the best surprise in “A Fantastic Woman” might be how lived-in Marina’s existence feels despite the tenuousness of her housing, her romantic fulfillment, and her legal rights. (One of the film’s most wrenching moments is a medical examination that an ostensibly sympathetic cop blackmails Marina into.) The rosiest her relationship with Orlando is presumed to be by outsiders is a “Pretty Woman” scenario, but Marina enjoys friendships, ambitions, and skills they can’t possibly imagine for her.

It should be obvious to all by now, but “A Fantastic Woman” declares it with empathy and resonance: No woman is merely a scandal.