The film will follow a spinoff that will first hit theaters in 2023, which has “Pig” director Michael Sarnoski attached to direct after Jeff Nichols departed over creative differences. Krasinski conceived of the idea for the untitled spinoff film.

The “Quiet Place” franchise kicked off in 2018 as an unlikely horror turn from Krasinski, who had not yet tackled the genre as a filmmaker. The film, set in the aftermath of an alien invasion by creatures who are blind but hunt by hearing, grossed over $350 million worldwide. Krasinski first shrugged off the idea of doing a sequel, but after he came up with the idea of the follow-up, he decided to return to write and direct as well. 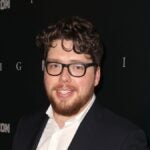 That film, “A Quiet Place Part II,” starred Emily Blunt, Cillian Murphy, Millicent Simmonds and Noah Jupe and was released in 2020 after COVID-related delays. It was one of the box office successes of 2020, grossing nearly $300 million worldwide.

Krasinski is next directing the fantasy film “If” for Paramount Pictures, which will star Ryan Reynolds and Steve Carell.