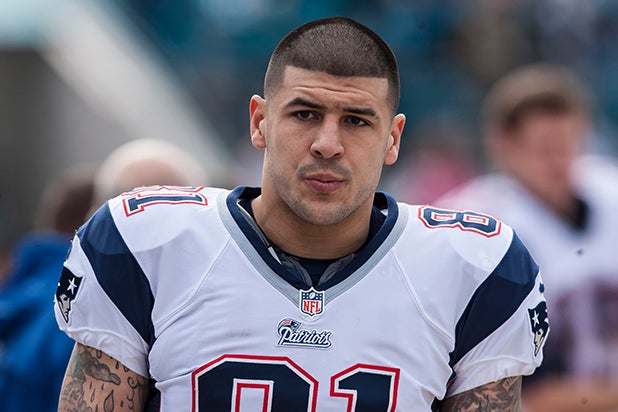 An examination of Hernandez’s brain was conducted by Dr. Ann McKee of Boston University’s CTE Center, which researches the debilitation brain disease. McKee concluded that Hernandez suffered Stage 3 CTE, with Stage 4 being the most severe.

McKee’s conclusions were confirmed by a second doctor with extensive experience in CTE diagnosis. They also found that Hernandez had “early brain atrophy and large perforations in the septum pellucidum, a central membrane.”

The former New England Patriots tight end took his own life in April while serving a life sentence at Souza Baranowski Correctional Center in Shirley, Massachusetts.

Hernandez had been convicted of murder in April 2015 for the June 2013 shooting death of Odin Lloyd, and was acquitted on charges of killing two people in a drive-by shooting just days before his death.

In May, Hernandez had his murder conviction overturned by a Massachusetts judge complying with a state law citing that defendants who die before their appeals are heard should have their convictions vacated.