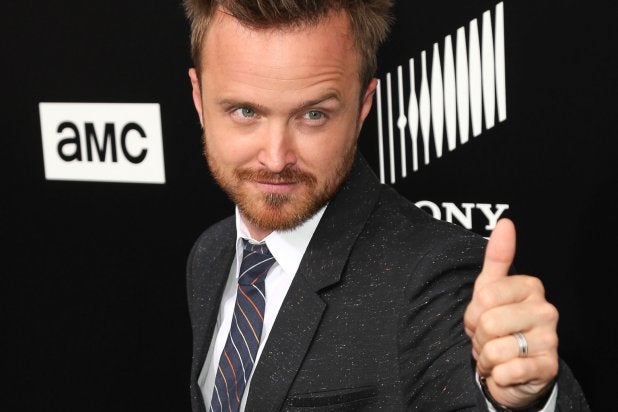 Aaron Paul has been cast in Miramax’s supernatural thriller “The 9th Life of Louis Drax.”

The “Breaking Bad” star will join Jamie Dornan (“Fifty Shades of Grey,” “The Fall”) as Louis Drax’s father, Peter, who becomes the target of a criminal investigation when his son suffers a near fatal accident.

“Drax” will be directed by Alexandre Aja (“Horns,” “The Hills Have Eyes”). The script was written by Max Minghella and is based on a best-selling novel of the same title by Liz Jensen.

The film will be produced by Tim Bricknell (“The No. 1 Ladies’ Detective Agency”) and Minghella (“The Two Faces of January”) of AntColony Films, Shawn Williamson (“50/50”) of Brightlight Pictures and Aja. Rosanne Korenberg (“Half Nelson”) will serve as executive producer.

Paul recently won his third Primetime Emmy Award for Outstanding Supporting Actor in a Drama Series for his role as Jesse Pinkman on “Breaking Bad.” In August, the actor signed a first look deal with Sony Pictures Television and his projects will be produced through his newly formed production company, Lucid Road Productions.