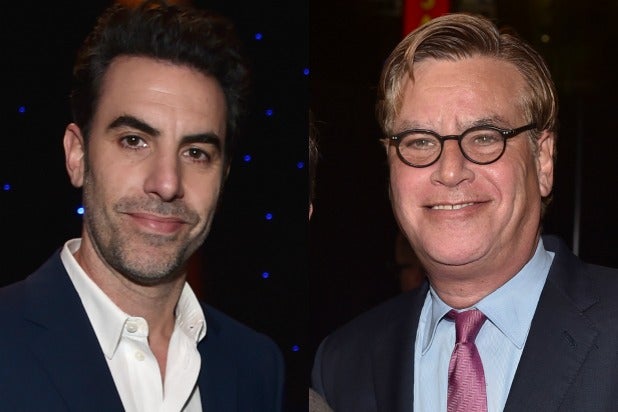 Aaron Sorkin’s “Trial of the Chicago 7” has been put on hold, an individual with knowledge of the project tells TheWrap.

“Aaron just adapted ‘To Kill a Mockingbird’ which is premiering on Broadway this Thursday,” said a representative for Amblin in a statement to TheWrap. “He is currently evaluating his schedule and commitments to determine the best time and way to make ‘The Trial of the Chicago 7.’  Amblin remains involved as a producer.”

“Chicago 7” is an original screenplay by Aaron Sorkin based on the infamous 1969 trial of seven defendants charged by the federal government with conspiracy and more, arising from the countercultural protests in Chicago at the 1968 Democratic National Convention. The trial transfixed the nation and sparked a conversation about mayhem intended to undermine the U.S. government. Sorkin was also set to direct. This was supposed to be Sorkin’s follow-up to his directorial debut, 2017’s “Molly’s Game” starring Jessica Chastain, for which he also wrote the screenplay. Marc Platt is producing.

Also Read: Eddie Redmayne in Early Talks to Star in Aaron Sorkin's 'The Trial of the Chicago 7'

Steven Spielberg had previously eyed to direct the political drama, which has long been gestating at his Universal Studios-based production company. Paul Greengrass was attached to “Chicago 7” as far back as 2013, but he ultimately recused himself from the project over disagreements on the film’s budget.

Eddie Redmayne, Sacha Baron Cohen and Jonathan Majors were attached to star. Michael Keaton, who was in talks to play Attorney General Ramsey Clarke, dropped out over the weekend, an individual with knowledge of the project tells TheWrap.