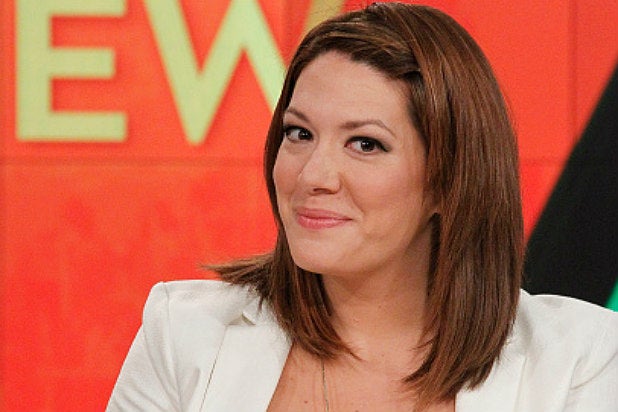 Michelle Collins has officially been named the newest co-host of “The View,” ABC announced Monday.

Collins was named the 15th co-host of the daytime talk show during Monday’s episode, amidst falling confetti and making her entrance to the beat of “Empire State of Mind.” She will officially start in September when “The View” returns for season 19. Collins will make regular appearances until the show breaks for hiatus in August.

The comedian has been a regular guest host on the show, and was in discussions to become a full-time contributor. As previously reported, “The View” plans to rotate a small stable of contributors next season. Molly Sims is also expected to be a member of the rotating group. Stylist Stacy London is also being eyed for the spot.

Most recently, Collins was featured on VH1’s “Walk of Shame Shuttle.” She has also served as a host on the syndicated talk show “The Gossip Queens,” as well as a daily correspondent on VH1’s “Big Morning Buzz Live.”

Collins also made frequent appearances on “Chelsea Lately,” “The Today Show,” “The Tyra Banks Show,” “Kathy,” for which she was also a writer, and numerous VH1 countdown shows. In 2010, Logo TV awarded her the NewNowNext Award for Brink of Fame Comedian.

Watch Collins in action in a clip from the daytime talk show’s signature “Hot Topics” segment.