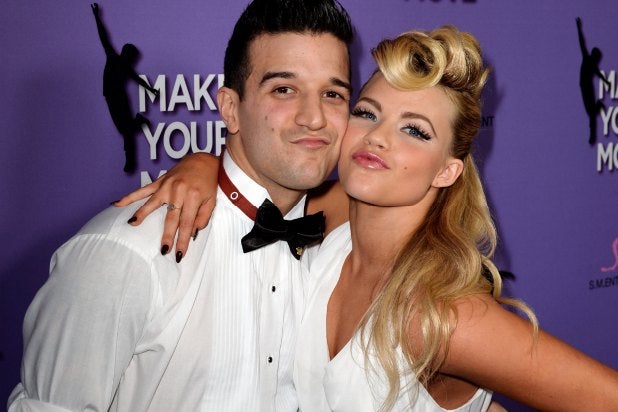 “Dancing With the Stars” is taking the ballroom out on the road again for a new North American tour.

ABC’s popular dancing competition show will travel to several cities with a stage production called “Dancing With the Stars Live!” and Mark Ballas and Witney Carson are the first two dancers from the television series to be confirmed for the live shows.

Also read: Leah Remini to Fill In for ‘Dancing With the Stars’ Co-Host Erin Andrews

“I’m looking forward to hitting the road and being able to perform live across North America,” Ballas said in a statement Tuesday. “See you there!”

“I’m so excited to be a part of ‘Dancing with the Stars: Live!'” Carson added. “I can’t wait to meet our fans and dance live for them!”

Also read: ‘Dancing With the Stars’ Karina Smirnoff Pouts Instead of Performs Because of Knee Injury

A 90-minute live show scheduled in Niagara Falls, New York at the Seneca Events Center will be the first performance to kick off the tour. The traveling show will run from Dec. 27 to Feb. 15 and more dancers from the series are expected to be added to the lineup soon.

According to an October TMZ report, ABC had barred any of the dancers who appeared on its television series from taking part in an unrelated dance tour called “Ballroom With a Twist.” Peta Murgatroyd, Tony Dovolani and Val Chmerkovskiy had all appeared in promotion material for the copycat production.

Anna Trebunskaya and Dmitry Chaplin, who have both been on several seasons of “Dancing With the Stars” are still scheduled to appear in a “Ballroom With a Twist” performance tonight at the Bucks County Playhouse.

General tickets for “Dancing With the Stars Live!” are on sale now at www.dwtstour.com.

Find the list of current tour dates and locations below. More cities are expected to be announced at a later date.