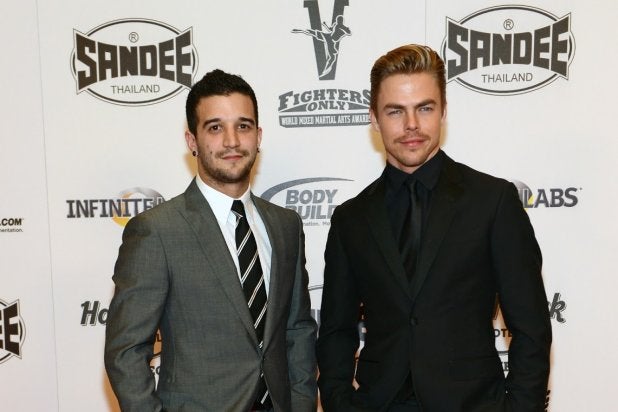 From “Dancing With the Stars” to flipping houses, champions Mark Ballas and Derek Hough are launching a new joint venture with HGTV. “Mark & Derek’s Excellent Flip” will feature the two professional dancers as they trade in their dancing shoes for work belts, tackling home renovations and house flipping.

The four-episode series will follow the pair, who recently co-purchased a house in Southern California, as they gut the property and rehab it before trying to sell it for a profit.

“Mark and I have worked together for years, but flipping a house is uncharted territory for us,” Hough said in a statement. “This house is a significant investment in more ways than one, so we have to make this flip work. We’re putting our own blood, sweat and money on the line.”

Ballas added that he was grateful for HGTV’s involvement, as their expertise will help tremendously. “We have good creative vision within several areas of the rebuild and I am really looking forward to seeing some of these ideas come to fruition,” he said in a statement. “It’s an important summer project for both of us!”