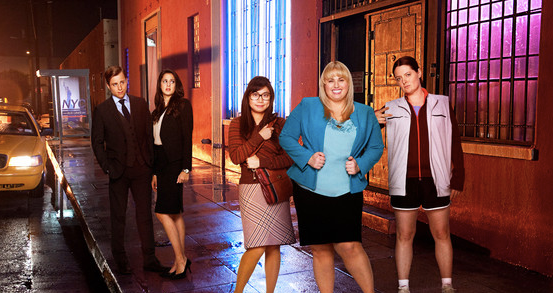 ABC is condensing "Dancing With the Stars" to one night, Monday, and giving the plum spot after "Modern Family" to the new Conan O'Brien-produced comedy "Super Fun Night." It is airing the highly anticipated "Marvel's Agents of S.H.I.E.L.D." at the top of a new Tuesday night lineup that will include dramas and comedies.

Landing the timeslot after "Modern Family," ABC's biggest hit, is a huge reversal of fortune for "Super Fun Night," which stars Rebel Wilson (pictured). Last season, CBS passed the show over for the 2012-13 season. Now it will debut with a huge lead-in.

ABC also announced it is airing the new spinoff "Once Upon a Time in Wonderland" on Thursdays, and is moving "The Neighbors" to Fridays. And it has ordered the new Pixar special “Toy Story of Terror,” starring the original voice cast from the hit "Toy Story" films.

ABC announced its fall schedule hours before it unveils it to advertisers at its upfront presentation.

Monday nights will change little, expect that "Dancing With the Stars" will now feature both performances and results. A representative for the show told TheWrap there were no logistical specifics yet on how the network plans to blend the Monday and Tuesday shows into one.

On Tuesday, "S.H.I.E.L.D." will lead into the new comedies "The Goldbergs" and "Trophy Wife," followed by the drama "Lucky 7."

The new Wednesday comedy "Back in the Game" will air between "The Middle" and "Modern Family," with "Super Fun Night" leading into "Nashville."

On Thursday, "Once Upon a Time in Wonderland" will lead into "Grey's Anatomy" and "Scandal."

"The Neighbors" will take the place of the canceled "Malibu Country" in a Friday comedy hour with "Last Man Standing."

On Sundays, the new "Betrayal" will air after "Revenge." "Once Upon a Time" will continue to anchor the night.