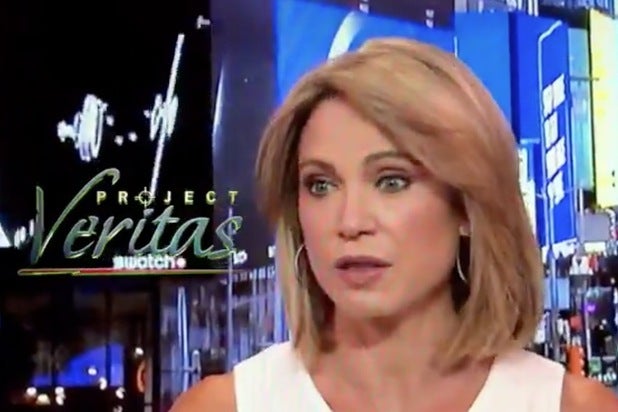 Project Veritas, the right-wing activist group that has tried to conduct previous sting operations to expose journalistic bias, released a video Tuesday of ABC News anchor Amy Robach saying she was “disappointed” that her 2015 story on Jeffrey Epstein didn’t run.

Also Read: Prince Andrew 'Knows the Truth' About What He Did to Me, Says Accuser in Jeffrey Epstein Sex Trafficking Ring

“It was unbelievable what we had. [Bill] Clinton–we had everything. I tried for three years to get it on to no avail and now it’s all coming out and it’s like these new revelations,” she says in the clip.

Epstein died in his jail cell by apparent suicide in August while awaiting trial on sex trafficking charges.

“As a journalist, as the Epstein story continued to unfold last summer, I was caught in a private moment of frustration,” Robach in a statement released Tuesday. “I was upset that an important interview I had conducted with Virginia Roberts didn’t air because we could not obtain sufficient corroborating evidence to meet ABC’s editorial standards about her allegations.”

She continued, “My comments about Prince Andrew and  her allegation that she had seen Bill Clinton on Epstein’s private island were in reference to what Virginia Roberts said in that interview in 2015.  I was referencing her allegations – not what ABC News had verified through our reporting.  The interview itself, while I was disappointed it didn’t air, didn’t meet our standards.  In the years since no one ever told me or the team to stop reporting on Jeffrey Epstein, and we have continued to aggressively pursue this important story.”

ABC News also released a statement, saying that at the time, not all of the reporting met their standards to air, but they have never stopped investigating the story. “Ever since we’ve had a team on this investigation and substantial resources dedicated to it,” the news organization said. “That work has led to a two-hour documentary and 6-part podcast that will air in the new year.”

In October, Project Veritas ran a campaign in an effort to expose CNN. Staffers at that network told TheWrap at the time they weren’t worried about the latest leaks, though the passcode to the network-wide 9:00 a.m. editorial call was changed. If anything, an insider said, they were annoyed at the “gross” tactics used to obtain undercover videos of junior staffers discussing network operations.