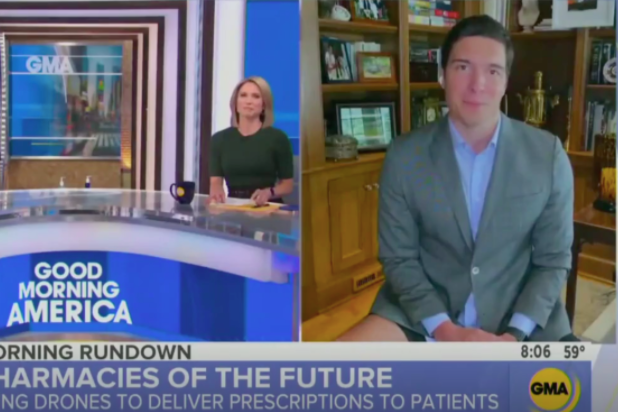 “I have ARRIVED,” he tweeted before adding, “in the most hilariously mortifying way possible.”

He was responding to one of the many tweets that called him out for very clearly not being fully dressed below the waist during his morning hit, which was done remotely. Like most other on-air personalities in the age of the coronavirus and social distancing, Reeve was telecommuting, beaming himself into the nationally-aired show live from his living room.

Also Read: Fox News' Dana Perino's Tips for Working From Home: Keep a Schedule, Step Away When You Can

On-air talent often jokes about only wearing business attired up top, even during in-studio hits, but the whole gag hinges on viewers not being able to tell.

Earlier on Tuesday, he responded to the original viral tweet about the slip-up. When Detroit News film critic Adam Graham tweeted a picture of Reeve pushed back a little too far from his home office setup with his legs visible and captioned it “put some pants on,” the reporter wrote back, “They’re shorts I promise.”

He also added he “will not be getting hired as a camera operator any time soon.”

To his immense credit, Reeve continued to have fun with the situation all morning. When one Twitter user incorrectly identified him as colleague Tom Llamas, he wrote it was “definitely” Llamas: “for sure 100% no way was it me framing up the shot alone and blowing it.”

Hey put some pants on my guy pic.twitter.com/PpCIBRrjP5