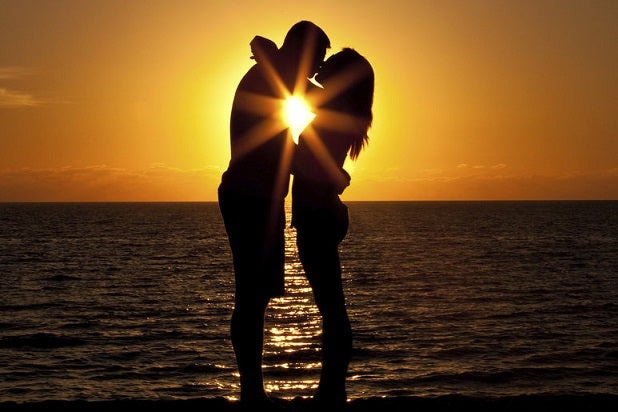 Three of the new series are reality competition shows — “500 Questions,” “Celebrity Family Feud” and “BattleBots,” a revival of the early 2000s robot death match series that ran on Comedy Central.

Joining those new shows is the Steven Spielberg-produced “The Whispers,” a conspiracy drama about children in Washington, D.C. who are told by an imaginary friend to do horrible things — only to find out he’s not so imaginary.

Rounding out the slate are “Mistresses,” “Rookie Blue” and “Celebrity Wife Swap.”

“THE BACHELORETTE” – PREMIERES MONDAY, MAY 18
Will it be Kaitlyn or Britt? ABC’s hit romantic reality series, “The Bachelorette,” will kick off its 11th season with one of the biggest surprises of all: there will be two Bachelorettes greeting their suitors for the first time ever. The charming, charismatic beauty, Britt, who captivated Chris Soules and the rest of Bachelor Nation with a memorable hug on that first night at the Bachelor mansion, and Kaitlyn, the gorgeous, fun-loving, warm-hearted, but irreverent firecracker who let down her guard only to have her heart crushed will take their place in Bachelorette history. Who will the men prefer? Eventually, only one woman will be left to hand out the final rose. Chris Harrison hosts.

“500 QUESTIONS” – PREMIERES WEDNESDAY, MAY 20
From Emmy® winner Mark Burnett, CEO, United Artists Media Group (“Shark Tank,” “Survivor,” “The Voice”), and Mike Darnell, President, Warner Bros. Unscripted & Alternative Television, and Warner Horizon Television (“The Voice,” “The Bachelor,” “The Bachelorette,” “Bachelor in Paradise”) comes “500 Questions,” an all-new game show event where the smartest people in the country try to achieve the seemingly impossible task of answering 500 of the most difficult general knowledge questions ever devised. There’s only one simple rule: never get three wrong in a row — or you’re gone. No saves, no helps, no multiple choice, “500 Questions” will keep you on the edge of your seat to see if any of these geniuses can do it. It is the ultimate test, where intellect, strategy and stamina are all equally essential in order to win. The innovative “genius game show,” hosted by CNN’s Richard Quest (“Quest Means Business”), will air nine hours over nine nights, premiering on Wednesday, May 20 (8:00-9:00 p.m., ET), with its season finale set for Thursday, May 28. Mark Burnett and Phil Parsons are the executive producers. The show was created by Mike Darnell and Mark Burnett.

“CELEBRITY WIFE SWAP” – PREMIERES WEDNESDAY, MAY 20
Season four of ABC’s “Celebrity Wife Swap” is back bringing viewers more of its signature spin on the critically-acclaimed reality series, “Wife Swap,” by revealing the various ways celebrities live their lives. In this series, two members of celebrity families swap lives (but not bedrooms), and embark on a journey like no other to experience another family’s way of life, including raising children, cultural and religious traditions and family dynamics, all while dealing with life in the spotlight. In the end, the couples have the opportunity to reflect and re-discover their connections and what brought them together in the first place.

“EXTREME WEIGHT LOSS” – PREMIERES TUESDAY, MAY 26
The hit series “Extreme Weight Loss,” a unique, non-competitive show about weight loss that documents the unprecedented 365-day journeys of courageous, “super-obese” people, launches its 5th season. Season 5 will intersperse three special editions of EWL — “Extreme Weight Loss: Love Can’t Weight” – throughout its run. Hosts and trainers Chris and Heidi Powell will help three couples get in shape together, both physically and emotionally, for each of their upcoming weddings. Guest-starring as each couple’s “Wedding Dream-Team” are David Tutera (“David Tutera’s CELEBrations” on WE tv) as the wedding planner; Rocco DiSpirito (“Extreme Weight Loss” Healthy Food Coach and bestselling author of “Cook Your Butt Off!”) will cater the weddings; and “Duff” Goldman (owner of Charm City Cakes and Food Network star) will design the wedding decadence. Participants for both formats will be announced at a later date.

In addition to working one-on-one with Chris and Heidi, each EWL participant also will spend the first 90 days of his or her weight loss journey at the renowned University of Colorado Anschutz Health and Wellness Center in Aurora, CO. Chris and Heidi, along with CU Anschutz Health and Wellness Center Medical Director and CU Associate Professor of Medicine Holly Wyatt, MD, will guide participants on their journeys to safely lose up to half their body weight.

“THE WHISPERS” – PREMIERES MONDAY, JUNE 1
We love to play games with our children. But what happens when someone else starts to play with them, too? Someone we don’t know. Can’t see. Can’t hear. In “The Whispers,” someone or something – is manipulating the ones we love most to commit the unthinkable. In the country’s center of political power, Washington D.C., several kids have been talking about their imaginary friend, Drill. What the parents don’t know is that this friend is not as imaginary as they think. And when the mysterious games Drill convinces them to play turn dangerous, FBI child specialist Claire Bennigan is called in to investigate. What is it that Drill wants, and why does he – or it – only communicate with children? As the clock counts down, a suspenseful race will begin to save not only their families, but the world. Before it’s too late.

“MISTRESSES” – PREMIERES THURSDAY, JUNE 18
Based on the hit UK television series of the same name, “Mistresses” returns for a third season with a special two-hour premiere. The provocative and thrilling drama continues to focus on the scandalous lives of a sexy and sassy group of girlfriends, each on their own path to self-discovery. When it comes to love, these girlfriends find support and guidance with each other as they push the limits, test their boundaries and discover just how far they are prepared to go. They are willing to brave love’s turbulent journey, as well as its excitement, secrecy and betrayal, all the while bound by the complex relationships they’ve created. Jennifer Esposito joins the cast in the role of Calista Raines and Rob Mayes in the role of Marc with returning series stars Yunjin Kim as Karen Kim, Rochelle Aytes as April Malloy, Jes Macallan as Josslyn (“Joss”) Carver and Brett Tucker as Harry Davis. “Mistresses” is executive-produced by Rina Mimoun, KJ Steinberg, Robert Sertner and Douglas Rae. The series is from ABC Studios.

“CELEBRITY FAMILY FEUD” – PREMIERES SUNDAY, JUNE 21
“Celebrity Family Feud,” a primetime celebrity version of “Family Feud,” is based on one of television’s most popular and enduring game show formats. The six-episode special series will feature fan-favorite celebrities competing with their families for charity on the famous stage of “Family Feud.”

Hosted by the highly popular multi-hyphenate standup comedian, actor, author, deejay and Emmy Award-winning talk show host Steve Harvey, “Celebrity Family Feud” will pit celebrities against each other in a contest to name the most popular responses to a survey-type question posed to 100 people.

“Celebrity Family Feud” is produced by FremantleMedia North America and will be taped in front of a live audience in Los Angeles, California. Thom Beers, Gaby Johnston, Jennifer Mullin are executive producers.

“BATTLEBOTS” – PREMIERES SUNDAY, JUNE 21
“BattleBots” is a reimagined take of the killer robot combat sport from Whalerock Industries and the creators of the original “BattleBots” franchise, Ed Roski and Greg Munson. The homeade robots will battle against each other, in a single elimination tournament style format, until there is one champion. The six episode series features next generation robots – bigger, faster and stronger than ever before. The show will have a greater emphasis on the design and build elements of each robot, the bot builder backstories, their intense pursuit of the championship and the spectacle of the event. Separate weight classes will be eliminated so that robots of all sizes will battle against each other. State of the Art Onboard Technology and Cameras will provide audiences with enhanced viewing and combat analytics. There will be cash prizes for winners in the Championship Rounds. MGM Television, which has a development deal with Whalerock Industries, will be distributing the program internationally. Executive Producers are Lloyd Braun, Chris Cowan, Ed Roski and Greg Munson.

“ROOKIE BLUE” – PREMIERES THURSDAY, JUNE 25
Last season the officers at 15 Division unearthed their sins of the past – dug through it, aired it out, and paved the way to move forward. They have all grown and are more resilient than ever. This season, they will have to learn to embrace living in the gray areas, because life is complicated and the best laid plans are just that. But sometimes it’s the unpredictable things life throws our way that turn out to be exactly what we need.

“BACHELOR IN PARADISE” – PREMIERES SUNDAY, AUGUST 2 AND MONDAY, AUGUST 3
The long awaited second season of last summer’s #1 new unscripted hit series, “Bachelor in Paradise” returns to ABC. The cast comprised of former fan favorites and controversial characters from the “Bachelor” franchise are back looking for a second chance at love. They all left “The Bachelor” or “The Bachelorette” with broken hearts but now they’ll travel to a romantic paradise hoping to turn a potential summer fling into the real thing. Over the course of the season, we’ll follow cast members as they explore new relationships and viewers at home will watch as they fall in love or go through renewed heartbreak. If last season was any indication, “Bachelor in Paradise” will feature shocking twists, surprises, unexpected guests and some of the most unlikely relationships in “Bachelor” history. In true “Bachelor” fashion, it’s sure to be an “amazing journey.”

Hosted by Chris Harrison, “Bachelor in Paradise” is produced by Next Entertainment in association with Warner Horizon Television. Mike Fleiss, Martin Hilton and Alycia Rossiter are executive producers.