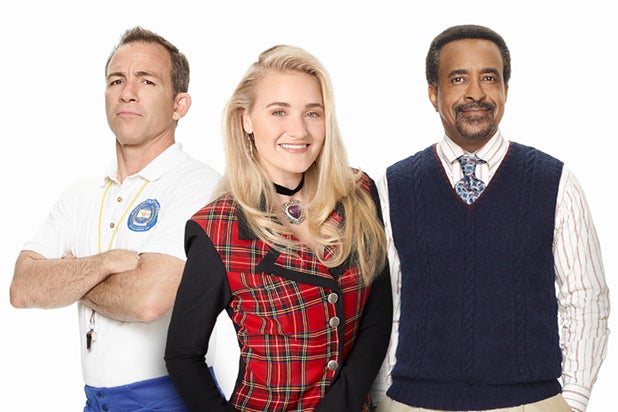 ABC has set a January premiere date for its “Goldbergs” spinoff “Schooled,” the network announced on Wednesday.

The single-camera comedy, which follows the teachers and faculty of the school from “The Goldbergs,” will debut on Wednesday, Jan. 9 at 8:30 p.m., immediately following its predecessor.

“American Housewife,” which aired in that timeslot in the fall, will now move to Tuesdays at 8 p.m. in place of “The Conners.” The network also announced on Wednesday that it had extended the order for the Katy Mixon-led comedy by one episode.

Marc Firek serves as writer on the series, based on a story by Firek and “The Goldbergs” creator Adam F. Goldberg. Goldberg, Firek and Doug Robinson are executive producers on the Sony Pictures Television and ABC Studios series.