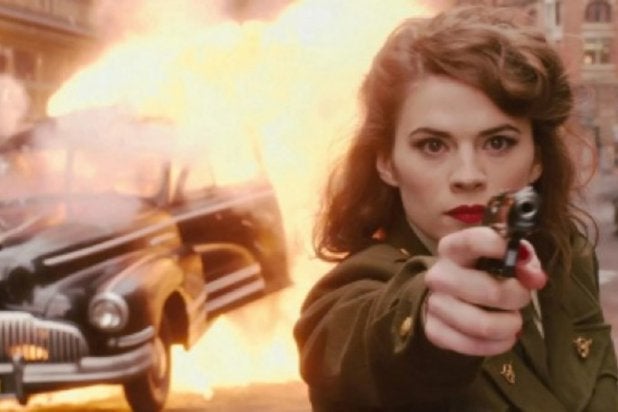 “Agent Carter” stars Atwell as Peggy Carter and Dominic Cooper (“Master and Commander: The Far Side of the World”), portraying Howard Stark, as they reprise the roles they established in “Captain America: The First Avenger” for this sequel series set in 1946.

But in a previous clip it looked like Cooper is mainly being used to establish the direction of the miniseries, before handing off the main adventure to Atwell and Stark’s butler, Edwin Jarvis, played by James D’Arcy.

Also read: John Stamos to Armor Up for ABC’s ‘Galavant’

It focuses on a dashing hero, Galavant (Joshua Sasse), who lost the love of his life, Madalena (Mallory Jansen), to the evil King Richard (Timothy Omundson). Co-stars include Vinnie Jones as Gareth, Karen David as Isabella and Luke Youngblood as Sid.

Meanwhile, “Agents of SHIELD” will make a return from its Season 2 winter break after struggling in Oct. to attract viewers.