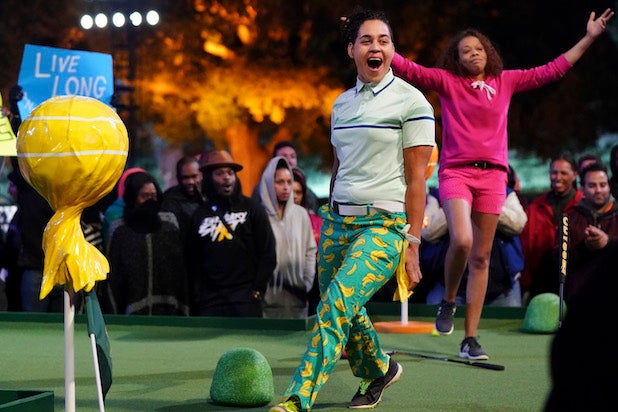 ABC has unveiled its line-up of summer premiere dates, including the final season of “Marvel’s Agents of SHIELD” and “Holey Moley II: The Sequel.”

The “extreme mini-golf competition series” will kick off the network’s “Summer Fun and Games” programming on Thursday, May 21 with its 13-episode sophomore season. It’ll be followed that same night by the fifth season of the Anthony Anderson-hosted reboot of “To Tell the Truth.”

“Celebrity Family Feud,” “Press Your Luck” and “Match Game” will all return the following week on Sunday, May 31.

“Agents of S.H.I.E.L.D.” is set to complete its run with the show’s seventh and final season, debuting Wednesday, May 27.

The final round of episodes will see Coulson and the Agents of S.H.I.E.L.D. thrust backward in time and stranded in 1931 New York City. With the all-new Zephyr set to time-jump at any moment, the team must hurry to find out exactly what happened. If they fail, it would mean disaster for the past, present and future of the world. Series stars Clark Gregg, Ming-Na Wen, Chloe Bennet, Elizabeth Henstridge, Iain De Caestecker, Henry Simmons, Natalia Cordova-Buckley and Jeff Ward are all set to return.

ABC will also debut an investigative news program, “The Genetic Detective,” on Tuesday, May 19. The show centers on genetic genealogist CeCe Moore as she works with police departments and crime scene DNA to trace the path of a violent criminal’s family tree and reveal their identity to help bring them to justice.