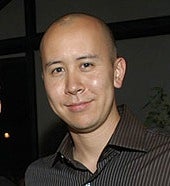 In his new post, Riegg will report to Ahr and to Paul Teledgy, executive vice president, alternative programming, NBC and Universal Media Studios.

"Wipeout" is currently in its third season at ABC and is averaging 9.4 million viewers this summer, making it the fifth most-watched show among the broadcast networks. It is also averaging a 3.3 rating in the 18-49 demo, ranking it third in the demo.

Riegg, who joined ABC in 2006, after three years as director of development at VHI, oversaw seven cycles of "Dancing," and also worked on another ABC reality hit "Extreme Makeover: Home Edition, as well as on "Wife Swap."

Ahr, who was promoted at NBC from vice president, alternative programming & development in mid-June, developed "America's Got Talent," as well as "The Celebrity Apprentice" and "The Marriage Ref."