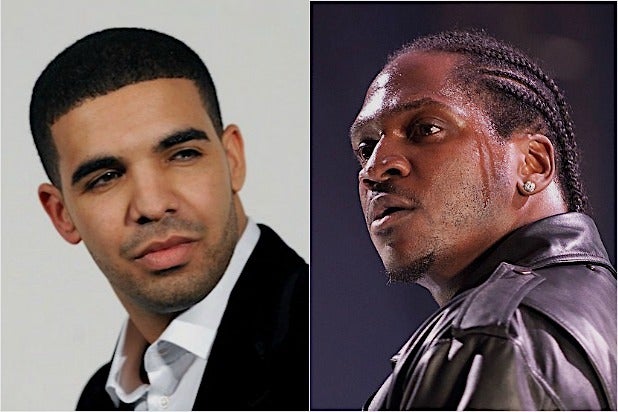 There’s been a long, sometimes strange debate about whether Drake — a Canadian rapper born to a black father and white mother — is guilty of cultural appropriation. His new album, “Scorpion,” isn’t likely to end it.

That’s the subject of the new “Low Key” podcast, which you can listen to on Apple or below.

On every episode of “Low-Key,” your co-hosts Aaron, Keith Dennie and I look at the pop culture subtleties we think others may have overlooked. This time: Whether Drake’s history of possible appropriation made him especially susceptible to recent attacks by Pusha T.

Drake’s musical influences span from the Caribbean to Nigeria to Memphis to his hometown of Toronto. That’s opened him up to questions of whether he is celebrating the distinct musical scenes of each locale, or picking and choosing for his own convenience.

The fact that there’s even a discussion leads to a whole new set of questions: If Drake is lifting from other cultures, why focus on him instead of Elvis, the Rolling Stones, U2, Sting, and countless other top-selling artists who have also lifted — lovingly, their fans would say — from different aspects of black culture?

Aaron  argues that Drake’s past has made him especially vulnerable to Pusha T’s deeply researched and unusually harsh diss tracks against him, as well as an old Drake photo uncovered by Pusha T that begs the question: Can an African-American man be accused of blackface?

All of which is a long way of saying: Buckle in. We have quite the discussion.

P.S. Here’s that time we talk about when James Brown, Michael Jackson and Prince shared a stage:

From Tears for Fears’ “Shout” to Drake’s “One Dance,” every summer’s biggest hit, according to Billboard