The Academy of Motion Picture Arts and Sciences has countersued Michael Avila, aka Michael AvMen, the actor who sued AMPAS for “false imprisonment” after he was detained attempting to attend the Academy Awards in March.

The cross-complaint, which was filed Wednesday by the Academy’s law firm Quinn Emanuel, charges Avila and his wife with trespassing at an event to which they did not have tickets, and seeks more than $200,000 in damages related to the cost of Oscar security. It also seeks to bar the Avilas from future Oscar shows.

The Academy move came on the heels of a statement released by Avila challenging the Academy’s response to his lawsuit.

Avila’s initial suit describes a confusing chain of events in which the actor came to Los Angeles under the impression that his publicist had arranged for tickets to the Oscar show. At an unspecified “charity event” prior to the show, the suit says that Avila “establish[ed] communication with industry professionals who have attended events similar to the Academy Awards in the past,” who told Avila that it’s customary to have an on-site will-call area for tickets. Being "new to Hollywood awards shows," Avila and his wife believed the information, according to the court papers.

The suit contends that Avila and his wife, who were staying at the Hollywood Roosevelt Hotel across the street from the Kodak Theater, never received confirmation from their unspecified publicist about the tickets. Believing that he could get the matter sorted out at the “resolutions desk,” Avila says that he and his wife were given a ride to the Kodak in a golf cart driven by an “AMPAS usher,” whereupon they were detained and questioned for six hours.

The Academy’s cross-complaint charges the Avilas with ignoring "various signs … advising that only ticketed guests were permitted on the red carpet," and says that when interviewed, Michael Avila admitted "that he had tried to get tickets and was unsuccessful."

The Academy is well-known for its zealous legal team, and for the extraordinary level of security that surrounds the Oscars. According to Unger, the Academy detained “about two dozen people” trying to gain entry to this year’s show.

Avila, meanwhile, released a statement earlier Wednesday disputing the Academy’s version of his actions in its initial response to his lawsuit – specifically, its contention that the Venezuelan-born actor padded his resume.

The AMPAS statement, which theWrap noted on Monday, read, "The Academy can confirm that Edgar Michael Avila, also known as Michael AvMen, was among those detained by the Academy for attempting to enter the 82nd Academy Awards without a ticket. We note that Mr. Avila has to date sent his complaint to a trade paper rather than to the Academy, and that he discussed his suit earlier in an interview in which he described himself as ‘set to star’ in two upcoming features, neither of which lists him in that capacity." 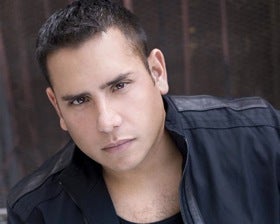 Avila (left) spoke to theWrap on Tuesday, and sent his follow-up statement on Wednesday. The statement, signed by publicist Kayo Anderson and addressed “to whom it may concern,” reads as follows (grammatical inconsistencies intact):

“On April 26th 2010 the Academy of Motion Pictures released a statement regarding current lawsuit with actor Michael Avmen to the Hollywood Reporter. The Academy has stated that Avmen has given interviews claiming to be starring opposite Kate Bosworth in Straw Dogs, Also the Academy made various false statements in an attempt to hinder his character. In no way has Avmen ever given an Interview making these statements, Avmen has only commented on his credited role in the film. For anything else to be reported is a complete fabrication including the reasoning the academy has given for his unlawful detention. Avmen is currently cooperating with all involved parties.”

Some news reports described the actor as being “set to star opposite Kate Bosworth in upcoming film ‘Straw Dogs’ and in Michelle Rodriguez’s movie ‘Battle: Los Angeles,’" but the phrase “set to star” was not attributed to Avila.

When asked by theWrap about Avila, Rod Lurie, the director of “Straw Dogs,” responded that he has “no clue” who the actor is, and that the film employed “a thousand plus” extras.

On his Internet Movie Database profile, Avila’s role in the film is listed as “Football fan,” and described as uncredited. He is also listed as an uncredited stand-in on an upcoming film called “Battle: Los Angeles,” and as an actor in a 2010 release “Broken Blade.” His IMDb resume, and his website, also list him as acting in movies called “Fuse” and “The Fith [sic] Column.”

The Academy declined to comment on Avila’s new statement.

Incidentally, there’s one piece of good news for Avila in the Academy’s cross-complaint: it seeks to ban him from all future Oscar ceremonies, unless he’s a nominee.

If that ever happens, he’s free to return.